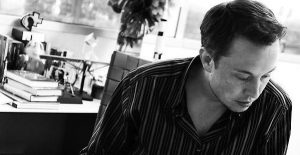 From the sales of the newest Harry Potter story to a list of the highest paid authors of 2016, here are some of last week’s most interesting literary headlines: