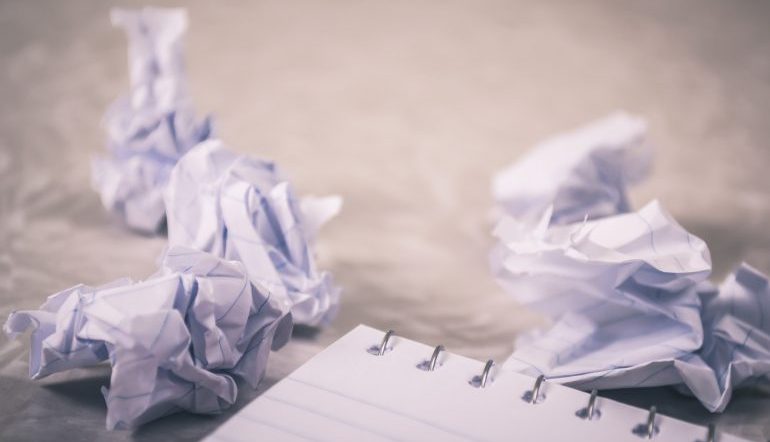 Writers fetishize all sorts of things. Writers who refuse to work with any but one brand of pen, or at any but one time of day, or without lighting candles, or playing music, fetishize their process. Others fetishize their fears. Some embed these fetishes into the work itself. Take Stephen King’s Misery, for example, or Delphine de Vigan’s Based on a True Story.

Based on a True Story, published in French about three years ago, sold half a million copies, inspired a film by Roman Polanski, won several prizes, and purportedly became an “international sensation.” The novel appeared in English, translation by George Miller, last year. The story is simple: a writer named Delphine, like her creator, is drawn into a strange, invasive friendship with a woman referred to as “L.”

Delphine is middle aged, divorced, and the mother of two teenage children who will soon leave home for college. She has a lover, François, and a wide circle of friends. Her children are busy, François is frequently away, and after meeting her at a party, it isn’t long before L. is the only person she sees, the only person she talks to.

At the same time, Delphine’s block is growing worse. She says,

When winter began, it became difficult for me to go near the keyboard.
Not just to open a Word file, but also—progressively, insidiously—to answer emails, to write letters. I cannot date the very first time I felt a horrible burning sensation in my throat as soon as I sat in front of the machine. I know that it recurred more and more strongly: an acid reflux that took my breath away.

One day, Delphine reaches a point of crisis: she has been asked to write a preface for a reissued volume of Guy de Maupassant’s Notre Cœur, the preface is already weeks late, and still, she finds herself unable to write. She calls L.; L. arrives, takes charge. “We’ll start by answering your mail and then we’ll write the preface,” she tells Delphine.

Long before they reach this point, L. has expressed strong opinions on Delphine’s work: she has already dissuaded Delphine from working on two different projects. Even more forceful are L.’s views on what you might call the nature of fiction itself. Fiction must be “Real,” she says (with a capital “R”); it must be “authentic.” “People have had enough of well-constructed intrigue, clever plot hooks and denouements,” she tells Delphine. “They want to be told about life, don’t you see?”

Delphine doesn’t, at first. “Is it so important whether the way life’s described in books is true or invented?” she asks. “Yes, it’s important,” L. says. “It’s important that it’s true.”

Delphine tries to convince L. that “there’s no such thing as truth. Truth doesn’t exist.” L. doesn’t let up. But even a story based on real events is merely “a clumsy, incomplete attempt to get closer to something ungraspable,” Delphine says. “As soon as you elide, or prolong, or tighten up, or fill the gaps, you’re writing fiction.”

This argument recurs throughout the rest of the novel, but it is also reflected within the very structure of the book: The main character is a writer with the same name as her creator, with a life and a career very like her creator’s. She speaks in the first person, inviting us to take her story as “truth” in a way we might not if, say, it’d been written in the third person. Even the novel’s title nods, mockingly, to all those movies and books determinedly stamped “Based on a true story.”

Is Based on a True Story based on a true story? Its marketing insists that it is. The book itself questions what such a statement could possibly mean.

But there is another aspect to the novel that interests me even more, and that is the way that de Vigan indulges in a fear, even a paranoia, that may be unique to writers: the fear that the writing will dry up, that the ability to write will disappear. In that respect, Based on a True Story reminds me of nothing so much as Stephen King’s Misery.

In Misery, a middle-aged writer, Paul Sheldon, finds himself imprisoned by a reader. Like L., Annie Wilkes feels strongly about what Paul should and shouldn’t be writing. He’s made his career with a series of bodice rippers about one “Misery Chastain” that Annie likes very much. But now Paul wants to be a “real” writer.

When we first meet him, Paul is finishing a manuscript. He has a ritual for these occasions: He smokes a single cigarette and drinks a glass of Dom Perignon Champagne. He produces only one copy of the manuscript and then stashes it in the same leather satchel he’s been carrying for decades. Every aspect of his writing is highly ritualized, highly fetishized.

Then Paul crashes his car, wakes up in a stranger’s bed, and meets Annie. Annie tells him that she’s his “number one fan.” This is when his fear of her takes hold. He’s so dismissive of his own work that a woman who professes to love that work immediately becomes an object of contempt.

When Annie starts saying things like “Heavens to Betsy!” and when Paul finds porcelain penguins fastidiously arrayed in her living room, we see that Paul has begun to find her terrifying—not because she’s holding him hostage but because she’s a woman of bad taste.

I don’t want to discount his physical terror. (Annie does hammer his ankles.) But Paul’s fear of Annie precedes his realization that she is someone who should be feared, someone who might cause him harm. His fear of her is rooted not in physical abuse but in contempt—for himself, most of all.

You can understand the violence in Misery as a physical manifestation of the other fear, the worse fear: that Annie is an idiot, that she’s tacky and kitschy, and that she’s latched on to him, Paul Sheldon, because he is an idiot, he is tacky and kitschy. Only a tacky, kitschy idiot could write such tacky, kitschy, idiotic books. He’s been telling himself that he’s only writing this stuff to make a living, to get by, but maybe it isn’t true. Maybe this is all he’s capable of writing. This fear is too horrible to confront, too horrible to contain within his mind, so it escapes into the world. Annie forces him to set fire to his “literary” manuscript. Then there’s the business with his ankles.

That Annie has bad taste is all he needs to know about her. Paul doesn’t ask Annie who she is, what she does, how long she’s lived out here in the middle of nowhere. He doesn’t ask her anything because he doesn’t need to ask her anything. She loves his crappy novels; therefore, she’s not worth knowing.

If Based on a True Story indulges the writer’s fear that the writing may dry up, Misery indulges a pair of different but related fears: the fear that you will be forced to write, forever, the crap that you long to outgrow, the crap you believe yourself better than, and the even more insidious fear that no one at all is forcing you to write this crap, that you are writing this crap because it is the best you can do, and the best you can do is worth nothing at all.