Home
»
Uncategorized
»
The Best Story I Read in a Lit Mag This Week: “Abingdon Square” by André Aciman

I’ve written before about the feeling you get when a story follows you. When you’ve put the book or journal down or you’ve turned off your computer and gotten up and gone back to the rest of your life. But then you catch yourself, in idle moments, thinking of those characters or the plot or way you felt just after you read the last line.

Sometimes, too, I remember what I was doing as I was reading. And in the case of this week’s story, I remember the burnt coffee in front of me, the guilt-ridden conversation we had about sending the drink back. (Oh no need to apologize, the waitress said, this happens with the machine sometimes.) It was our first time in a coffee shop together doing work. The day was exceptionally hot. I set foot into a bookstore for the first time in nearly two months and it felt like coming home. I laughed to myself at one point and couldn’t adequately explain what was funny. I drank the iced coffee, even though the second glass tasted bitter and burnt as well, although not as bad. 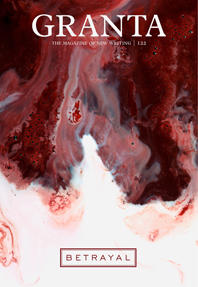 So I suppose that’s part of the experience of reading something you enjoy—you remember what happened before you started and just after you finished. Or perhaps that’s just the way it happened with “Abingdon Square” by André Aciman in Granta. I remember the coffee shop where I read it, and weeks later, I remember the story vividly, even though I also read others that day and that week.

If you’re looking to read a story about a crush, about the chest-tightening feeling you get when you like someone who might not like you back, you’d be hard-pressed to find better than “Abingdon Square.” It seems almost rude to say this is about a crush—the word implies triviality, something that happens to Jr. high students, a low-stakes game that shouldn’t be taken too seriously. Yet the woman who is the subject of this narrator’s crush is much more than a passing distraction.

If I were teaching a creative writing class, I would point to this story as a wonderful example of using an object to reveal character. We’re introduced to the woman not in scene but through the narrator’s description of her emails. She’s the kind of person, we learn, who isn’t “curt, or shifty, or chatty—that wasn’t her style at all—nor was there anything bland or tame in her emails.” We learn that she and the narrator met when she submitted her article to his publication. She’s confident, to the point, not afraid to ask for what she wants after he rejects her essay, yet not pushy either.

There’s a quirk to her writing: she addresses him “dearest,” a word that seems overly familiar yet also impersonal given the context. It’s this word that gave me the clearest sense of who this character is. She’s the kind of person who uses pet names for people she doesn’t know, the kind of person for whom not all rules apply.

Of course, the narrator’s selective excerpts from the woman’s emails tell us just as much about him as they do about her, revealing him to be focused, neurotic, and longing—a man who is falling in love. He describes her messages as “disappointingly brief,” lamenting what she leaves out as what he “craved to hear the most.”

He wishes she weren’t so straightforward, sticking to plans or shop talk, and he regrets that “there was never a hint of something else in what she wrote.” All of this goes to show that he wants more of her: more of her time, her attention, her vulnerability, her truest self—the things we all want from the people we fall in love with, especially so early on, when we’re desperate to feel close and connected.

It’s hard to tell if the narrator is this focused and obsessive when he isn’t dealing with an unavailable love-interest, so perhaps it’s unfair to say that these emails expose who he really is. I had a classmate once say during a workshop that if a character is drunk the entire length of a story, it’s difficult to get a read on that person, especially since we’re only getting to see a moment of his or her life, and one where the character is in a mentally-altered state at that.

A similar principle could be applied here. The narrator uses the details from this one period to make an argument about his entire life. As the story continues, we see him anxious, insecure, and harsh in his self-criticism. He is this sort of person, he always has been, here’s the evidence from his sticky unpleasant present. As the emails continue, we see him skeptical, guarded, and painfully, reluctantly hopeful as their coffee dates progress to one fateful dinner.

“Watching [the film crew] shoot the same scene again was just another way of staying together a while longer,” Aciman writes of their walk home after that first coffee. So too is the narrator’s attention to her emails, to her words before they part Abingdon Square: another way of staying together longer. To linger over the sundry meanings of “dearest” and later “maybe real soon,” he’s able to carry her presence with him. She is not far away so long as he can revisit the screen and turn her words over in his mind, cycling through the potential meanings so that with each one a new version of her unfolds, lively and expansive as ever.

We invent those we love in our heads as we come to love them, and are both more delighted and disappointed by their reality—just as the narrator is with the woman who writes to him and orders his coffee, who knows all about Maria Malibran and tenderly calls him dearest.

I once asked a friend if she’d liked a collection of short stories. She said yes. “But,” she continued, “I can’t remember what a single story was about.” Weeks after reading “Abingdon Square” for the first time, I remember exactly what happens, and each subsequent reading was a treat. Go pick up a copy from Granta if you can.