Home
»
Uncategorized
»
The Best Story I Read in a Lit Mag This Week: “Helpful Products for Family Men: A User’s Guide” by Ryan Trattles

You guys, I gotta tell you: I’m a sucker for any story that plays with form. Send me your recipes-as-failed-date stories, your museum-tours-as-conspiracy plots, your PowerPoint-homework-as-family narratives. I’m all in. 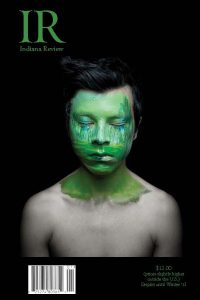 So when I found Ryan Trattles’s story “Helpful Products for Family Men: A User’s Guide” published in Indiana Review, I was immediately hooked. Told in the first person plural, with a direct address to the user, “Helpful Products” is a user’s guide, modeled after the instructions that often accompany electronics, unassembled furniture, and appliances.

In this case, the story is a guide for “the product,” which the main character orders online. Trattles never says so explicitly, but over time we come to see: the product is a life-like sex doll, and the story a set of instructions for the main character so that he can use and then keep the sex doll a secret from his wife and two children.

Parts of the story are told in the conditional, with sections like “Receiving the Product”; “Preparing for First Use”; “If Your Wife Complains”; “Dealing with an Attempted Intrusion”; “If Your Daughter Finds It”; “If Someone Sees You”; and “Proper Disposal.” Each section details a different step, describes the way his family members react (or would react) and reveals how he feels in turn.

Right away I wondered, if a story is written in the form of a user’s manual, can we be sure the events have actually taken place? After all, how many of us have picked up the instructions for the IKEA bookshelf only to abandon them later, all set to throw the thing together ourselves? Are stories told in the form of guides closer to “choose your own ending” novels, where northing is for certain and decisions are reversible?

I ask because at first I was all set at first to pass judgment on the “you” character, to condemn him for being an asshole, a selfish jerk, a manipulative husband and borderline-abusive father. He bullies his family into silence after his son’s soccer game. He ignores his wife’s pleading questions about his distance. He lies to them, he gets his young son drunk, he takes what he can for himself and leaves his family behind.

I can appreciate awful characters so long as they’re held accountable for their behavior, both by other characters in the story or by the reader, and when they reveal truths about themselves that they’d rather keep hidden. If we take at face value that the “you” character did everything in the story, then I’d argue he is a successfully written jerk: his wife finds out about his secret sex doll, his son finds out, his daughter finds out.

He also reveals to us his rage and violence: he humiliates his son and purposefully makes him ill. He beats the product until it’s broken and mutilated. And since Trattles has juxtaposed the way the character touches the product (gripping its shoulder, for example) with the way he touches his children (patting both his son and daughter on the shoulder), it’s difficult to see the harm done to the product as anything other than a suggestion that he could very well do the same to his kids and wife.

“Helpful Products for Family Men: A User’s Guide” is an indictment not only of this character but also the ways we behave when we get what we need from a piece of plastic rather than another human. In our everyday lives, we’re encouraged to seek comfort, pleasure, and solace from objects, just as the first-person plural narrator encourages the main character to use the product. But it’s not just him—the wife, son, and daughter are all described as using various electronics (a laptop, an Xbox, a cell phone), and it’s in these moments when the family is occupied that he is able to sneak away to the shed.

If we take the events in the story as if they’ve actually happened, the narrative is lively, full of subtext and a treat to read. It’s a successful story. But again because it’s written a guide, we can’t tell for sure if these events have actually happened or if the potential simply exists. What I love about Trattles’s story is that it’s not entirely clear. We’re presented with lists, one that’s titled “Some Feelings that May Come Up” and followed by “Fear, Shame, Rage.” Others, such as “Suggested Locations for Use” and “Ways to Response to your Wife” and “Some Questions She Might Ask,” present options that all may have happened or not.

Then the story has another layer—the presence of the first-person plural narrator, the omnipresent “we” that suggests and prods and advises and instructs and taunts. The narrator is an authority on the use of the product, including assembly and cleaning instructions, and also on intimacy within this family. The narrator knows how the wife could react when she finds him using the product, knows how his teenage daughter behaves when she’s alone in her room with a boy, knows how the main character will feel if and when he finally disposes of the product.

Where does this information come from? There seem to be two possible answers—the narrator could be omnipotent or the entire story could be an assumption. Because it isn’t clear, Trattles’s narrator is able to make us wonder of the character, but also ourselves: what exactly are we capable of?

There’s a lot of wonderful writing in this story. (Trattles’s descriptions of the main character’s physical reactions juxtaposed with the cold “medical grade” plastic skin of the sex doll worked to make me both uncomfortable and hyper-aware that the product was a woman’s likeness, created only for sex.) So pick up a copy of Indiana Review if you can. The cover is gorgeous and “Helpful Products for Family Men: A User’s Guide” certainly isn’t the only fantastic piece of writing in there.