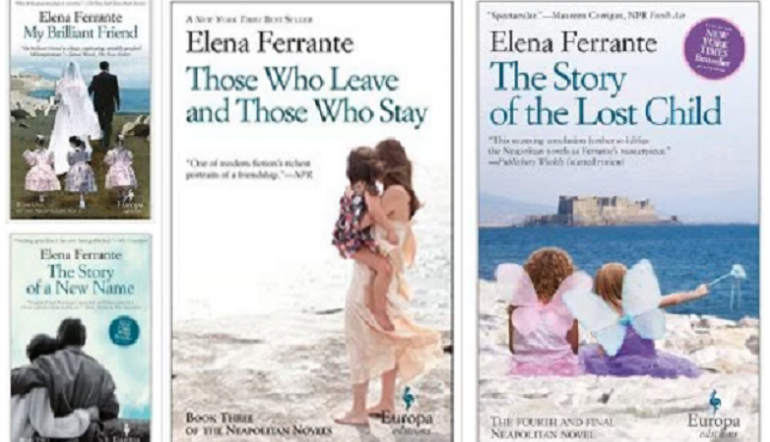 Women are reading and writing more than ever.

In the early 19th century, novel-writing was not a particularly respected field, one which also happened to be dominated by women. According to an oft-shared recent study covered by The Guardian, the number of women writing novels went on a steady decline between the years 1850 and 1950—just as women were gaining more prominence in the public sphere. There are several explanations proposed by the study’s authors, chief among them that the rise in the field’s legitimacy and “status” inevitably attracted more men to the profession. Many other professions have experienced this gendered “gentrification”; computer programming, for example, was a low-status and low-pay profession when the field was dominated by women, and became high-status only when male programmers started to outnumber women.

Best-selling British novelist Kate Mosse goes a step further, and ties the trend specifically to the emergence of literary criticism as a respected field: “And then [in the 19th century] criticism becomes a discipline. It’s a male discipline, and it’s therefore not surprising to me that women as writers lose their positions, because it’s men writing about male writers… You see this in history, and in music—it’s equal, and then when criticism starts to become important, women’s contributions are undervalued.”

The characterization of literary criticism as a “male discipline” may explain the extant gender discrepancies in the literary world. While the proportion of female writers has leveled out to around 50 percent since the aforementioned trend reversed itself in the 1970s, another, perhaps equally insidious trend has persisted: a disproportionate scarcity of female characters in the novels themselves. Between the early 1800s and the 1960s, the story of female representation is one of “steady decline,” and as of 2007, female characters still do not occupy 50 percent of the novelistic real estate—let alone the ≈60 percent levels they enjoyed in the year 1800.

While the decrease in female novelists may at least partially explain the decline in female characters between 1800 and the 1960s, it certainly doesn’t explain why the proportion of female characters still hovers dangerously close to a third. What would explain this discrepancy, however, is male writers’ reluctance to write female characters. According to the study, female characters occupy just a quarter to a third of the space in men’s novels, while male characters are represented just about equally in novels written by women. As the study authors put it, “This gap between the genders is depressingly stable across 200 years.”

It would be easy enough to stop here, and castigate male writers for their failures in representation. But while they do bear some responsibility, there is a much more wide-reaching issue at stake: in the literary world, the female perspective is negatively associated with “prestige.”

In 2015, acclaimed author Nicola Griffith analyzed the winners of the top US and British literary prizes for the previous fifteen years, and found that, regardless of the gender of the author, the winning books were very rarely written about girls or women. The worst offender, the Pulitzer Prize, included zero books with a female protagonist.

“It’s hard to escape the conclusion that, when it comes to literary prizes, the more prestigious, influential and financially remunerative the aware, the less likely the winner is to write about grown women,” Griffith wrote.

But again, this is not a simple matter of sexism in the judging process. The problem is much more deeply entrenched, and at least partially stems from the fact that men still dominate book reviewer jobs. According to Vida, a New York-based organization that seeks to highlight disparities in publishing, magazines and periodicals around the world consistently employ men in two-thirds of the book reviewing positions. As a result, male authors are famously reviewed at much higher rates than women in major publications. And as a result, men serve as the gatekeepers to the predominant literary aesthetic, the markers of writing that label it “prestigious.” As Jennifer Weiner said during her infamous feud with Jonathan Franzen: “When a man writes about family and feelings, it’s literature with a capital L, but when a woman considers the same topics, it’s romance, or a beach book—in short, it’s something unworthy of a serious critic’s attention.”

This all adds up to a domino effect: male critics tend to read and promote male writers, which leads to the creation of aesthetic frameworks that de facto devalue women’s work, which leads to both men and women associating the male perspective with “prestigious” and “universal”. This leads to “women’s writing” receiving fewer accolades and awards, which makes both men and women want to write from a male perspective, so as not to appear “commercial” or “niche.”

“It’s about the culture we’re embedded in and that’s embedded in us all of us, women and men,” Griffith told The Guardian. “This is the culture that still calls male writers Writers, and female writers Women Writers. The male perspective is still the real one, the standard. Women’s voices are just details.”

If change is happening, it is happening very slowly. One could argue that Elena Ferrante is an exception (or the exception that proves the rule), as she is a highly respected female author who writes about “feminine” topics like friendships between girls, romantic relationships, and marriage. Ferrante actively commented on the publishing industry’s tendency to dismiss these topics by commissioning covers intended to look like a typical romance novel, or “chick-lit.” These covers, which primarily feature softly lit women on beaches turned away from the camera (very much like Jennifer Weiner’s covers), were meant to lampoon the idea that literature about “woman things” can’t also be literary.

I go back and forth on the effectiveness of this satire (so many female authors are still unwillingly branded as non-literary writers in their marketing that it doesn’t seem like a funny joke yet), but the point is well-taken. Ferrante is spitting in the face of those who accept that women can be “great” writers—but only if they write about men and men’s concerns. She is telling the world that women can write books about women, for women, about traditionally feminine topics, and still qualify as “serious” writers. Even in 2018, it’s a lesson that still desperately needs to be learned.