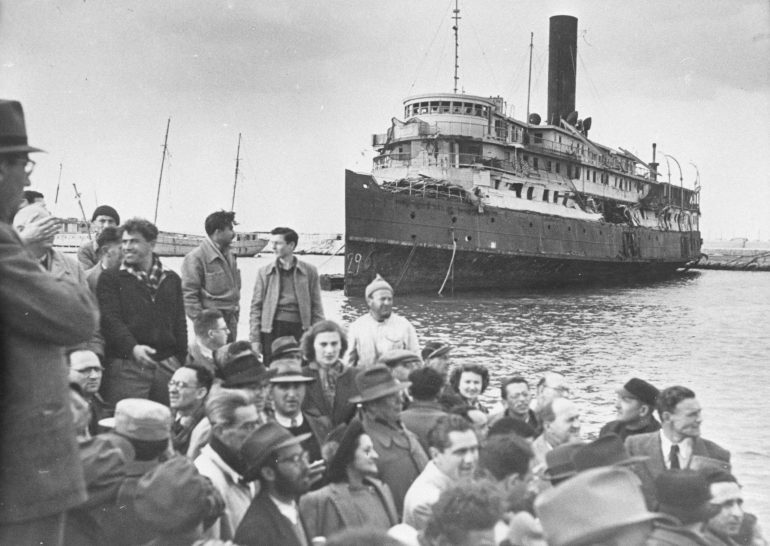 Silence is, necessarily, a fact of life for Brand, the protagonist of Stewart O’Nan’s 2016 novel, City of Secrets. Brand, a Latvian Jew, has emigrated illegally to Palestine from the Soviet Union, where he survived Gulag camps, and has become a member of the Haganah, a Jewish underground organization working to liberate Palestine from Britain. His psychological isolation is severe, and grows in intensity as the missions he has been given by the Haganah escalate in violence—secrecy is demanded by the organization, rendering speech and language increasingly fraught. Every word Brand speaks could get him killed, arrested, or deported. As O’Nan traces Brand’s journey, the psychological repercussions of this silence become increasingly clear.

Once in Palestine, the Haganah gives Brand a new identity: as “Jossi,” Brand is a taxi driver. In this role, Brand’s use of silence as protection is clear—but clearer so as O’Nan begins to experiment with its rendering on the page. To viscerally heighten the tension between speech and silence as Brand drives passengers through Jerusalem, O’Nan manipulates the use of quotation marks:

Where was he from? What did he think of the trials? How did he like living in Jerusalem?

Later in the novel O’Nan abandons quotation marks completely. Brand recalls a conversation with Eva, his lover and fellow Haganah member, when they discuss the execution of a cell member believed to have given vital information to the British:

The presence or absence of quotation marks is destabilizing. Sometimes the lack of quotations represents thought in action, the pause Brand takes when deciding what he can say. At other times, the quotations indicate Brand is speaking as “Jossi.” In the conversation with Eva it seems to indicate Brand is reconstructing the conversation in his mind, trying to make sense of a death that, to him, was senseless. In each instance, whether quoted or reconstructed, speech in the novel is revealed to be precious currency because of the information it might contain—while simultaneously existing as information that is not to be trusted. It is memory, the memories of Brand’s pre-war life in Latvia, that is reliable and inviolable—more so because Brand rarely shares these memories aloud.

The use of quotations throughout the novel creates an almost unbearable sense of paranoia and, in a simple, typographical way, reflects Brand’s experience. Language in the novel is unstable and not to be trusted; the members of Brand’s Haganah cell are constantly putting on and taking off personas all in the service of the collective good. Brand, though he is a good listener, has difficulty reading between the lines—though he might be cynical, he has a genuine desire to trust and connect with others. As O’Nan writes of him, “As with the Talmud, everything had meaning. Nothing was done by chance. The hard part was interpreting it correctly, a skill Brand knew he lacked.” Though Brand lacks the skills of interpretation, what he also lacks is permission to speak and to ask questions—necessary components of interpretation. Prohibited from asking questions about the missions, Brand is in turn asked to give his trust implicitly to the Haganah with no reassurances that trust will be reciprocated.

Much of the tension in the novel comes from Brand’s realization that he has escaped the physical violence of the Soviet camps only to exchange it for the psychological violence of the Haganah. Brand’s inability to interpret the motivations of his fellow Haganah members lends the novel an air of fatality; it is only a question of when Brand, with his romantic and trusting nature, will be targeted. After Asher, the head of Brand’s cell, is picked up by the British Mandatory authorities, beaten, and released, the Haganah, desperate to reinforce the importance of silence to the safety and success of their cause, decides to send a message by executing Lipschitz. Prior to his death Lipschitz had come to Brand asking Brand to speak to leaders of their cell on his behalf; the members have been ordered to not speak to one another and so Brand is once again unable to take action or speak. Instead, because of his contact with Lipschitz, he is picked up by the British police, detained, and released. His apartment is ransacked while he is in custody, similar to what happened to Lipschitz before he was killed. It’s a cycle of intimidation intended to assure silence, but the desire to connect and communicate with others, particularly in a post-war environment, is too strong; the cycle will continue, but it will only be partially successful.

After he expresses remorse over Lipschitz’s death, Eva tells Brand, “Stop wallowing and start thinking, You don’t want people worrying about you.” But Brand cannot stop thinking, about Lipschitz, about his dead family members, about his lack of action that time after time saves his life while putting others at risk. Even though his life is now a target, because he broke the Haganah’s code of silence, it is Lipschitz’s death that is a turning point for Brand; he begins to view silence as toxic rather than lifesaving. Lipschitz’s death haunts him nightly until finally Brand comes to the conclusion that, “he’d betrayed him by his silence, as he’d betrayed Koppelman and Katya and everyone he loved. He had the selfish habit of saving his own life.” It is at this moment that Brand realizes how silence allowed him to survive but it is now preventing him from living. In order to make the transition from surviving to living Brand must be allowed to give voice to his memories, experiences, and doubts.

After his detention, Brand notices a shift in Eva’s treatment of him primarily revolving around how Eva shares her memories of Lithuania before the war. Before he was detained, Eva had prohibited Brand from speaking any words of love, but after he is released, Eva shows her affection by sharing stories of her life before the war. Eva has been prohibited from sharing the details of the current mission with Brand, so instead she shares the intimate details of a lost life. When Eva, before executing her final mission for the Haganah, finally admits she loves Brand, he has come to realize that in order to truly experience the luck of being alive it is necessary to leave silence behind, no matter how frightening that might be. Perhaps knowing she would die in this last mission, Eva comes to the same realization as Brand, “talking about how she looked for her brother after the war. Brand reciprocated, saying he never found any of his family, but left out the story of Crow Forest. Now he felt selfish.” Whereas once he hoarded the memories of his family and the horrific memories of the war, such as searching Crow Forest for his family’s remains, Brand now sees the value of sharing these stories in order to reclaim his life and his past as a way of earnestly and deeply connecting with others.

After Eva’s death the silence becomes unbearable—there is no contact from the Haganah and Brand is completely alone. In one of the most poignant moments in the novel, O’Nan writes of Brand, “All he wanted to do was talk…As desperately as he wanted to forget, he needed even more dearly to remember.” But in Jerusalem he is not allowed to talk. So he leaves under the cover of night with the intention of returning to Europe, taking decisive action when he reclaims his name and occupation by declaring in the last line of the novel, “His name was Brand, and he could fix anything.” The act of re-naming himself is simple but heroic: Brand is finally able to break free of the silence that has been blanketing him for so many years and begins to speak his own story.