Home
»
Uncategorized
»
The Seamstress and the Wind 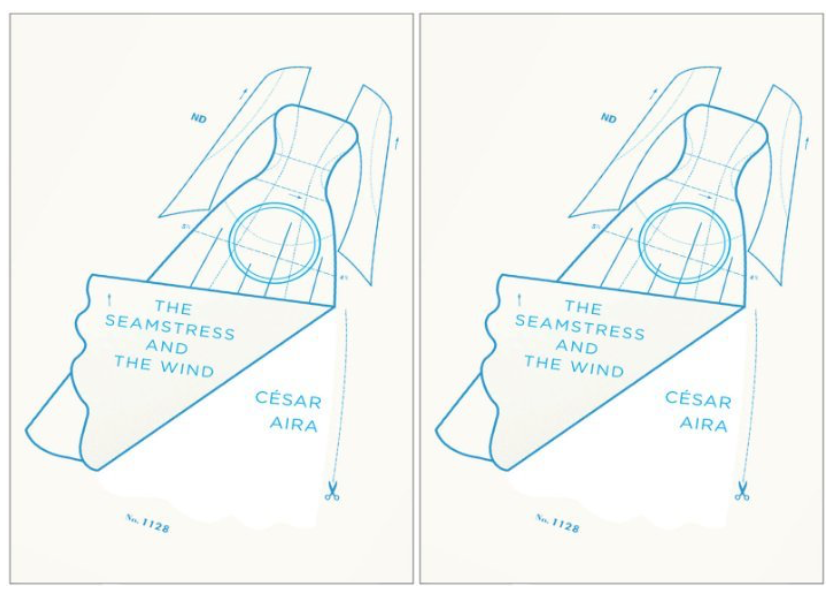 César Aira is a deconstructed Kafka; a compact, comprehensible Roberto Bolaño obsessed with the frightening nonsense of civilization. The latter comparison terrifies academic readers, because if Bolano is made compact and comprehensible, how can they pretend to be the only ones who understand him? To add to the nightmare, Bolano himself loved Aira, making it an active duty for most literati to ignore his prolific enchantments.  Thus, Aira went largely unnoticed in America until several years ago, when New Directions started publishing in English a fantastic selection of his eighty-plus novels. The Seamstress and the Wind, the latest in the series, is sharply translated by Rosalie Knecht, who never compromises Aira’s wit while replicating his brevity.

The novel’s genius lies in its narrative structure.  We start with a novelist sitting in a cafe in Paris, alone.  He is struggling to begin a book, for which he has only a title: The Seamstress and the Wind.  He recalls a scenario from his youth in Argentina, when his parents thought he was lost, though it’s quickly revealed that the novelist’s friend, the son of a seamstress, is the one who was truly lost. The novel’s action has begun without beginning.

Only much later do we find out the novelist’s name is César Aira, who has, by this point, lowered us expertly through several layers of reality into a magical mode.  There are few writers with the restraint necessary to execute such a feat without ever losing a foothold in the required realism. Aira does not write as much as he details, ignoring set-up and describing scenes only when absolutely necessary.

In The Seamstress and the Wind, Aira shows us random scenes from a race across the desert.  The competitors are the seamstress, who thinks her young son has been kidnapped and hires a beaten down taxi to find him; a Bunyanesque truck driver and his magically large rig; the seamstress’s husband, a degenerate gambler; the wind, personified as a gallant if kooky knight in love with the seamstress; a pregnant bride whose dress the seamstress was sewing; and the pregnant bride’s unborn fetus, who is some kind of glowing wind monster.

The ending of the novel is unsatisfactory by most measures.  Aira puts us through a great deal of imaginative work to build one final absurd scenario—which he then discards completely a few sentences before its climax.  Imagine Hamlet ending just before his duel with Laertes.  Aira loves that tension and makes it the center of his story.

“It’s curious,” explains the narrator. “But everyone has a life, even the tourists, who by my reasoning shouldn’t. No one leaves life anywhere, all lives seem to be portable.  To be practical about it and drop the metaphysics, having a life is equivalent to having business, affairs, interests.  And how can anyone strip himself of all that?” Most of life’s scenarios are unresolved, he seems to be saying. It’s up to us to carry on before they drive us mad.