Legend had it that a famous scholar of nineteenth century American literature visited my college to lecture, and someone asked him a question about Melville. He began his answer with “While I’ve never read Moby-Dick…”

At this remove, I still question the man’s scholarship and sanity—but I do admire his honesty. For writers, there’s a lot of pressure to read (or at least to have read) everything contemporary, everyone important or promising or underrated—and that’s on top of the classics we were supposed to have conquered years ago. I doubt I’m alone in sometimes feeling like a failure as a reader. I may have read Ulysses, but if I haven’t read The Goldfinch yet I can’t take part in the conversation. (People who aren’t writers always look so disappointed in me. I imagine the thought bubble as “You haven’t read The Goldfinch yet? But I thought you were a writer!”) I imagine it’s the same for English teachers and reviewers and booksellers and librarians and copy editors.

I think it’s time we follow the lead of that crackpot anti-Melville Americanist, and embrace our own reading failures. I have some I’d like to get off my chest. To wit:

– I have never read a word of Willa Cather. Although I could tell you a lot about it, I have not actually read “The Metamorphosis.” I have started, but never finished, a Pynchon novel.

– It takes me at least two minutes to remember the difference between Jacques Cousteau and Jean Cocteau. I think I’ve got it straight now that one of them was a red-hatted deep-sea explorer (or possibly some kind of pirate?) and the other was a poet who might have started a restaurant. But I could not tell you, right now, which is which.

– A French woman once asked me to name my favorite French authors, and all I could think of in that moment was Gogol. Who’s Russian.

– I cannot, for the life of me, tell Richard Bausch from Robert Bausch. I mean, this is kind of understandable.

– I count Alice Munro as one of my favorite writers, but there are entire collections I haven’t gotten to and—the insane part—have no desire to read. I have no explanation for this. 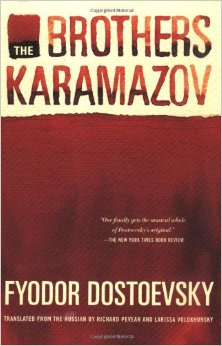 – Sometimes, when someone says “Have you read [Very Important Novel]” I’ll nod because I think they’re just going to say one quick thing and move on; and I’m worried that if I say I haven’t, I’ll derail the conversation because they’ll spend the next hour telling my why I should read Very Important Novel. But it turns out what they want to do is discuss Very Important Novel in excruciating detail. “You know that part about the button? When she’s living in Detroit? Don’t you think that’s an homage to [Other Author I Haven’t Read]?” And then I just keep nodding and trying to change the subject, because what am I going to do, say I lied about having a read a book? Who lies about reading a book? What is this, third grade Language Arts?

– Speaking of grade school: Nearly every book report I ever wrote ended with “and I won’t tell what happens next, because I don’t want to ruin the ending for anyone.” I still have no idea how Watership Down ends.

– There was a point in my twenties when I had Jennifer Weiner confused with Jennifer Egan. This was before I’d read and fallen in love with Egan, but still. A Visit from the Goon Squad came out to rave reviews and I was like, “Hey, that chick lit woman has really branched out!”

– For some reason, I once voluntarily read The Da Vinci Code. That’s at least four irretrievable hours of my life that could have been spent on Chekhov.

– I have a tremendously hard time paying attention at public readings. I’ll attend them to support a friend or to meet an author, and I’ll buy the hell out of the book, but if I’ve ever sat behind you at a reading there’s a strong chance I know more about the back of your ears than whatever was being read. 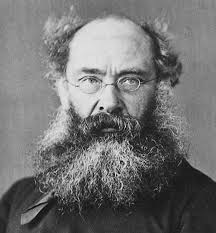 I don’t even know who this guy is.

– I have read very little Cormac McCarthy and don’t care to read any more. But I’ve found it’s not worth arguing with his fans, so sometimes I pretend to like him. Ditto for David Foster Wallace.

– I have never read The Scarlet Letter.

Of course, I know I’m not actually deficient, any more than you are, or any more than anyone who reads widely but only has ninety years on the planet. You and I could spend our whole lives reading great literature and never overlap on a single book. We’d try to converse and both come away feeling like under-read slobs. If we were lucky, we’d remember that the problem isn’t our ignorance or apathy but our embarrassment of riches.

And hey, unlike certain people I could name, I’ve actually read Moby-Dick. That has to count for something.