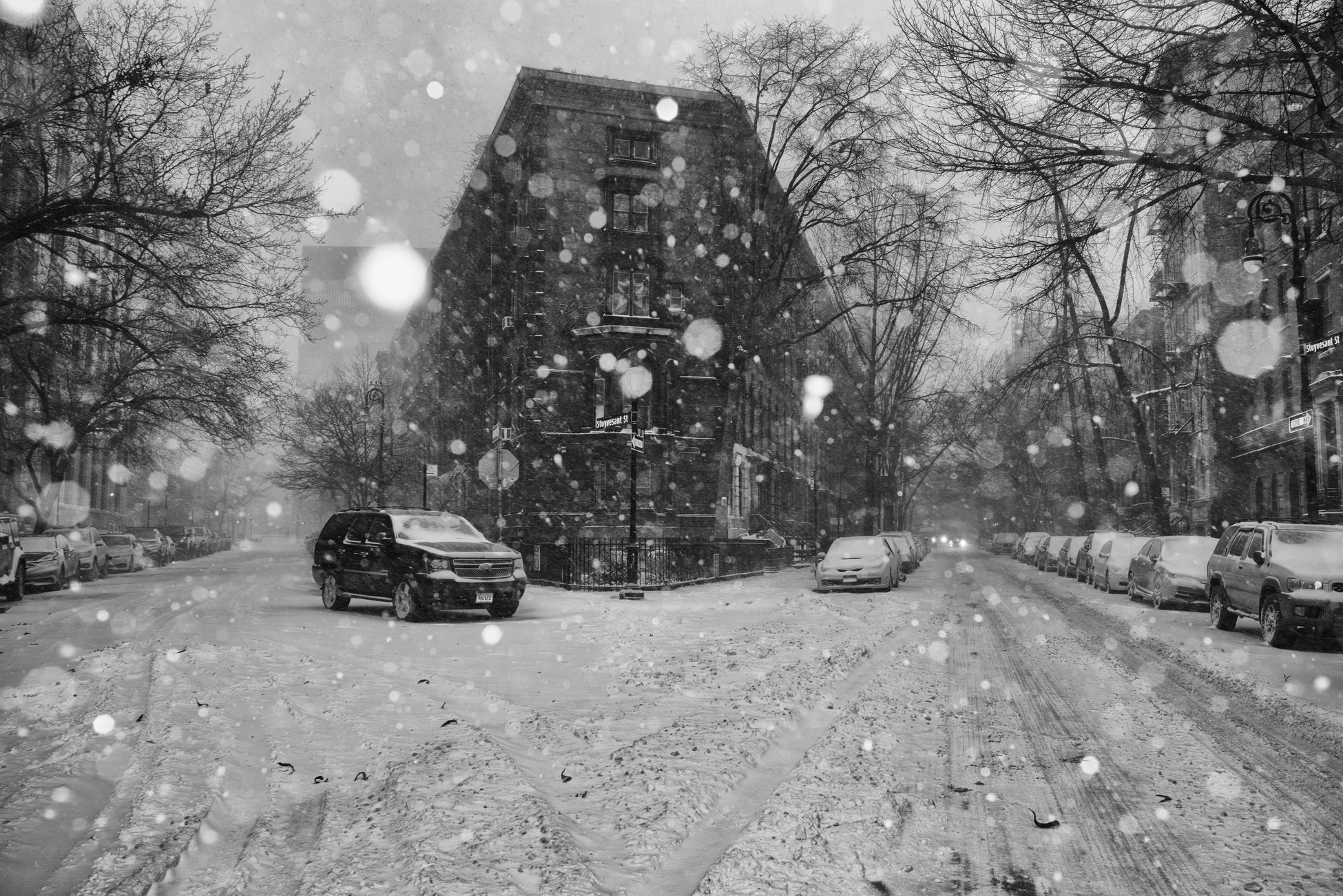 In an episode of Master of None, Dev and Arnold walk home from a mostly uneventful night out at a bar. One remarks how cold it is. The other says it’s supposed to be nicer the next day. Dev acknowledges how cliché and potentially banal the topic at hand is when he asks, “you want to keep talking about the weather?”

The weather is often the subject we revert to when we don’t have anything to talk about, or when we don’t know someone well enough to know what to talk about. We are all effected by and threaded together by the weather. In my native New England, the skies are ever-changing, always fickle, and I’m finding the same in my adopted hometown in Oregon, where interactions with strangers almost always involves a conversation about the weather: Whoa, did you see it out there? Yeah, messy out there, isn’t it? But it was so sunny earlier!

In “Writers in the Storm,” New Yorker staff writer Kathryn Schulz deconstructs the presence of weather in literature, noting that, “as literary subjects go, weather has a terrible reputation. […] On the one hand, weather is widely regarded as the most banal topic in the world—in print as in conversation, the one we resort to when we have nothing else to say. On the other hand, it stands perpetually accused of melodrama.”

Anthony Doerr, in Four Seasons in Rome, writes, “The New York Times will run a halfhearted review of my newly published novel on Sunday that includes the sentence ‘Doerr’s interest in nature is so obsessive that the whole equation of man in nature becomes heavily skewed in favor of the latter, producing fiction of rapturous beauty but of an oddly cold, uninvolving nature, as if it were embalmed in its own lustrous style.’”

Schulz’s own writing inspired accusations of obsession and melodrama, while inciting histrionic behavior in this reader. In “The Really Big One,” which considers the potentially devastating aftermath of a quake off the coast of Oregon, Schulz slowly reconstructs those first few minutes when the earthquake and tsunami struck Japan, as tracked by someone at a seismology conference in Tohoku: “There was a chill in the air, and snow flurries, but no snow on the ground. Nor, from the feel of it, was there ground on the ground.” As “the quake passed the two-minute mark,” she writes, “The trees, still hung with the previous autumn’s dead leaves, were making a strange rattling sound.”

A chill in the air, snow flurries but no snow, the remnants of autumn’s dead leaves rattling: in any other context this may seem banal, but here, these elements are a touchstone. The pausing to consider the weather, the context, emphasizes how long two minutes can be when waiting amidst flurries for the earth to stop quaking, and helps one understand that the devastation was that much more devastating because of the cold winter air.

Schulz reports that Twain believed weather often got “in the way of the story” itself, “but even [Twain] conceded that ‘weather is necessary to a narrative of our human experience.’ Through the ages, we have used weather in our stories to illuminate the workings of our universe, our culture, our politics, our relationships, and ourselves.”

Anthony Doerr’s “obsessive” interest in nature is what makes Four Seasons in Rome such a vivid travel-memoir. He portrays vibrant scenes including Rome’s hailstorms, bubbling fountains, budding trees, while connecting them to the topics or themes they represent: the passage of time, mortality, transcendence. Observing a cathedral, he writes, “In the restless walls I glimpse patterns: mountains and streams, snow blowing across a freeway, a train of climbers winding along the edge of a glacier. Everything forms and re-forms. We sit on our little bench and feel the church coil and twist above us, a wintry heart, a tornado of plaster.”

In Claire Vaye Watkins’s debut novel Gold Fame Citrus, the narrator remarks, “John Muir had written how when we try to pick out anything by itself we find it hitched to everything else in the universe.”

These are not stories about the weather, these are stories about life and death. Schulz writes, “Partial destruction, displacement, hunger, want, weakness, loss, need—these are more difficult stories. That is all the more reason we should be glad writers are beginning to tell them: to help us imagine not dying this way but living this way. To weather something is, after all, to survive.”

While Doerr resides in Rome with his wife and their six-month-old twin boys, a tsunami devastates southeast Asia and Pope John Paul passes away. Doerr uses the weather, the dailiness of Rome, to better understand the frailty of life in an ancient city that outlives us all. As he grapples with the news of the devastation so far from where he lives, and witnesses pilgrims from far and wide mourning near his apartment, he also watches his young children become ill for the first time. Like the hail that pelts the building, there is nothing for him to do but take cover, wait and watch for the metaphorical and literal storms to pass.