In our Writing Lessons series, writers and writing students will discuss lessons learned, epiphanies about craft, and the challenges of studying writing. This week, we hear from Caitlin McGuire, an attendee of the 2013 Wesleyan and Wildacres Writers Conferences. You can follow her on Twitter @cemiggy. —Andrew Ladd, Blog Editor 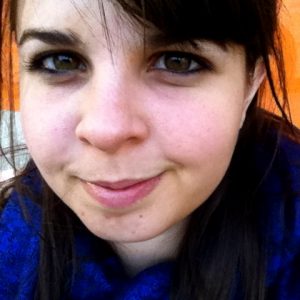 My classmate and I got to the Wesleyan Writers Conference almost 24 hours after leaving Columbia. There was the drive to the train station in Florence and the three hour delay, and then the train ride to New York, the subway to Brooklyn. There was the train to New Haven, and the transfer to Meriden, and then, there was the cab ride to the hotel, two miles from campus. We didn’t have a car.

The four days I spent at Wesleyan were exhausting. I bombarded conference fellows with manuscripts; I packed critiques into busy hours. We had panels and lectures from nine until six, and then readings until ten, and then drinking, and sobering up over tuna melts at the Greek diner, and the motel, and in the morning, the hangover complaints. A month later at the Wildacres Workshop, the schedule was more or less the same.

And in all of that, the most important thing I learned was this:

Get used to being tired. Stay up late.

Workshop is business time for your instructor and your classmates. When you talk to attendees after a panel, it’s water cooler talk. When you talk to a writer after they’ve given a reading, you’re talking to a professional writer. Daylight is a vivid reminder that people have Important Things To Do.

Darkness is the great equalizer. Effective networking happens when you get rid of the power differential, and stop sounding like a person who wants something, and start sound like a person. If someone’s in a public space at night, they’re probably open to conversation (make sure, out of courtesy).

Someone needs company for a beer run? Go with. Talk to them about what they’re writing and their families and what they do back home. If you’ve started seeing writing as a job, not an art, not a passion, remember that the people at this conference are here because they love to write. Feel that with them.

And those headliners with agents and book jacket pictures and Facebook fan pages? Right around midnight, they forget to be impressive. Maybe you see their coach turn back into a pumpkin. Maybe they sit cross-legged on a couch. Maybe they lick cupcake frosting off a fingernail. Maybe they dance badly. Maybe they gossip (they definitely gossip). Maybe they tell you they like your work. And maybe you float all the way back to the squalid motel on the other side of town. The conversations you have after midnight are the conversations you have with people, not their platforms. And those relationships, the real ones, are the ones that will mean something in the long run.

Oscar Wilde said “Only boring people are brilliant at breakfast.” Good for you if you can make fascinating conversation over scrambled eggs, but those aren’t the conversations that matter. Be brilliant after dark.