Home
»
Uncategorized
»
You Deserve Nothing 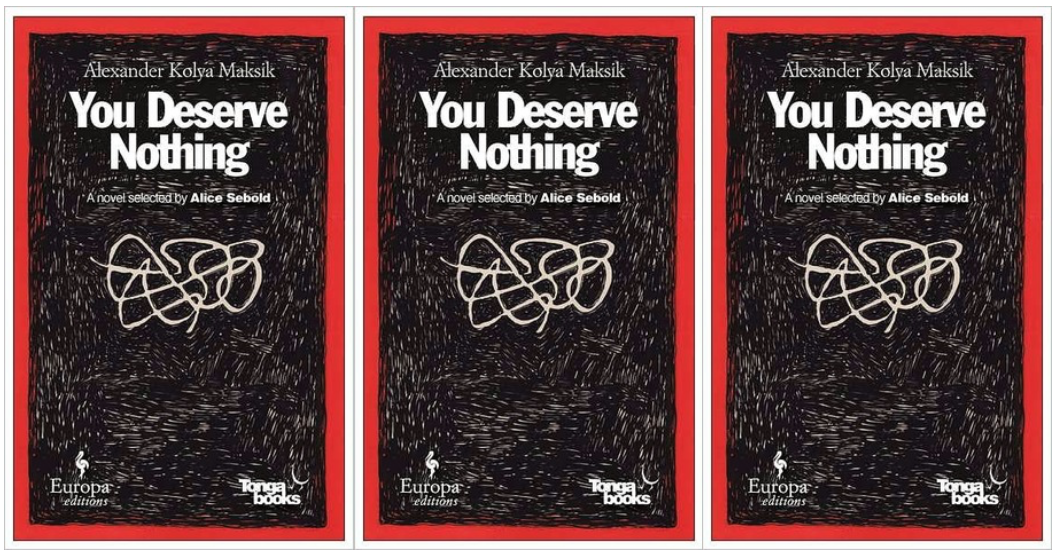 Stop me if you’ve heard this story before: a handsome young teacher inspires great passion in the classroom; the guys want to be him, and the girls want to be with him. There’s an affair, scandal, loss of innocence, and plenty of inspirational classroom speeches.

Though the plot is familiar, with echoes of Dead Poet’s Society, Notes on a Scandal, and even Glee,  AlexanderMaksik’sYouDeserveNothing gets its strength from the very cliches it propagates—the beauty of Paris, the spark of a forbidden love, the discoveries of youth.Will Silver teaches high school English at the International School of France, where his class discussions hinge on questions of faith, existentialism, and bravery. Thanks to that heady backdrop, along with the anticipation of a summer of freedom and the intoxication of champagne and dancing at a graduation party, Will ends up kissing a student, seventeen-year-old Marie de Cléry.

In a subsequent chapter, the encounter is retold from Marie’s point of view, where we see the flirtatious temptress of Will’s story transformed into a naive and emotional young woman, not quite sure of what she’s doing until it’s already done. Meanwhile, the book’s third narrator, Gilad Fisher, is a new student at the school, and one of Silver’s most ardent admirers. Thoughtful and solitary, he is more than inspired by his teacher, saying at one point that Silver was the “first person he’d fallen in love with.” After both he and Silver witness a tragedy in a métro station, he feels an even closer bond with his new hero. It’s this plurality of the narration that gives Maksik’s novel texture and depth.

Gilad’s chapters are the most poignant, reminiscent of the singular thrill that comes with the discovery of literature, of finding one’s place in the greater world. Following Silver’s advice, Gilad takes his copy of Camus’ L’etranger to a Paris cafe and spends his day reading at a sidewalk table:

I read the way you read when you’re young. I believed that everything had been written for me, that what I saw, felt, learned, was discovery all my own. I read for hours without rest…The cafe had begun to fill. I was surprised to find people around me, reading newspapers, chatting. I was part of that place, part of that moment, one Saturday morning…Camus was mine that day. Silver had given him to me.

Over the course of the school year, Will and Marie embark on a relationship that inevitably leads to Will’s disgrace, and by the end of the novel we understand that Will is more of a charlatan than a champion, hollow in comparison to Gilad’s quiet zeal and Marie’s passion for life. There are no surprises here, but Maksik still writes a haunting study of what it is to grow up, to lose some heroes and gain new ones—and to struggle in the face of that most human of miseries, ennui.