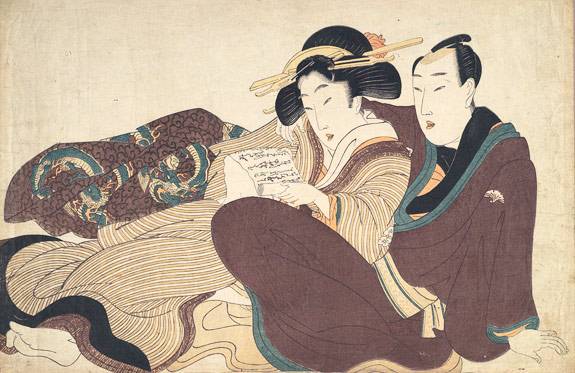 If there’s a recurring TV drama trope I really hate, it’s when characters who have gone into a whole lot of effort for their romantic relationship describe love as “simple.” What could be less simple than love? Anyone who’s shared their lives with another in a serious way would agree that choosing to be with a person day in and day out layers their feelings, and love becomes a combination of affection, resentment, gratitude, impatience, and desire. Parents, siblings, and friends are no simpler. And neither are artistic idols. I have a love-hate relationship with plenty of writers. What determines whether I continue to consume their work is the direction toward which my ambivalence swings.

I was faced with this dilemma when news of Sally Rooney’s boycott of Israeli publishers came out just as I was sitting down to start her 2017 novel Conversations with Friends. As a Hebrew translator, I disagree with Rooney’s choice. I believe boycotting Israeli publishers translates (pardon the pun) into boycotting Hebrew readers, and I think Rooney could find a more effective way of supporting the Palestinian people. But I like her writing and decided I was curious enough to keep reading.

Much like my mixed emotions about Rooney, her protagonist, Frances, has very complicated feelings about her lover, Nick, and her best friend and ex-girlfriend, Bobbi. Nick inspires a deep desire and love in her although she admittedly finds him quite bland. Bobbi, on the other hand, is captivating and endlessly fascinating to Frances, but her belligerent and often phony demeanor can be hard to swallow. Throughout the book, the characters disagree, argue, and blow up at each other. Yet, somehow, their love for one another never wanes, and neither does their commitment to sustaining and preserving their relationships.

What is Love (2021), a memoir by Israeli writer Anat Levit, is a chronicling of another kind of relationship: Levit’s relationship with her many cats. Though they are many and not human, Levit’s passion and devotion to them are expressed with the same kind of warmth and attention to detail that characterizes great love affairs. As anyone who has loved a cat would expect, living with them entails constant drama and the need to be able to forgive all manner of impulsive and ill-tempered behaviors. But beyond forgiveness and tolerance, Levit looks to her cats to learn complicated truths about herself. By forcing her to adapt to them just as much as they adapt to her, Levit’s cats teach her lessons that no human lover ever could: how to live alongside another while still remaining whole, and how to love without losing oneself entirely.

To me, there is something incredibly moving about the profound dedication displayed by the fictional Frances and the real Levit. Beyond an understanding of the equivocation of love and like, there is just something distinctly human about this acceptance. “These are the beings I’ve chosen,” the protagonists seem to say. “However they evolve and whoever they reveal themselves to be, our relationship will find a way to incorporate their shifting identities into it.”

This compromise is compelling, yet frightening. It seems to take a certain skill and can be a gift. But compromise too much, and you run the risk of losing your own identity for the sake of keeping an unhappy relationship going. In his comedy special Jigsaw, Daniel Sloss argues that most people are stuck in unhappy relationships due to fear of being alone and the societal imperative to couple up. The stand-up routine is cut-throat and unapologetic, and since performing it, Sloss has proudly cited the myriad relationships that have reportedly ended after one or both partners have watched it. As much as I agree with Sloss that we live in a culture harmfully obsessed with romantic love, I didn’t like his insinuation that anyone who ever compromises for a loved one is living a lie. This is yet another example of a moment when I found myself at odds with someone whose overall message and work I adore.

In his book, Everyone You Hate Is Going to Die: And Other Comforting Thoughts on Family, Friends, Sex, Love, and More Things That Ruin Your Life, published earlier this fall, he goes into more depth on the subject, allowing himself the subtlety that live comedy does not promote. Besides describing the background to his attitude (a toxic relationship with a woman who made him hate himself and alienate everyone around him so that he would rely desperately on her), he offers his thoughts on what a healthy relationship looks like—thoughts that echo through the romantic and platonic affairs in Conversations with Friends and What is Love: in a loving relationship one can become frustrated with their partner’s behavior while always seeing the best in them and assuming that every mistake is honest rather than intentional. One can forgive faults without losing their own identities. One can err without getting into deep trouble.

What I believe lies beneath what all of these writers seem to be saying is that both we and our loved ones will always be merely people (or cats), flawed and wanting, and that our best bet is to find the ones that see the best in us and allow us to continue in our imperfect journeys, then assume that they are trying their best. The compromise is not to be found in any one relationship. Rather, it is innate to the nature of love.

In their book of conversations, Life in Language, Life in Desire, Israeli psychologists Yehuda Israeli and Esther Peled use the ideas and writings of French psychoanalyst Jacques Lacan to discuss the fundamental aspects of life. In their discussion of romantic love, they argue that when the infatuation period of an affair inevitably ends, at least one person in a relationship finds themselves disillusioned by their partner’s blemishes. Their partner is not the perfect specimen they were originally thought to be. Instead, they are infuriatingly, inexcusably human. A tension begins to form between the one who loves more and the one who loves less, threatening the integrity of the couple. This often leads to breakup, at least temporarily. It is the reason many people have extramarital affairs or choose to be alone.

But there is a way out of this conundrum, which I see reflected in the works of Rooney, Levit, and Sloss. The best way to triumph over this tension and sustain a healthy, long-lasting relationship, Israeli and Peled suggest, is to replace frustration with comfort. The flawed partners become each other’s confidants. Together, they share the burden of imperfection, offering each other solace in the face of this disillusionment. Rather than be at war with each other’s pet peeves, Israeli and Peled offer, a strong relationship is one in which the lovers can share the pain—and perhaps a laugh—when admitting that love is anything but simple.