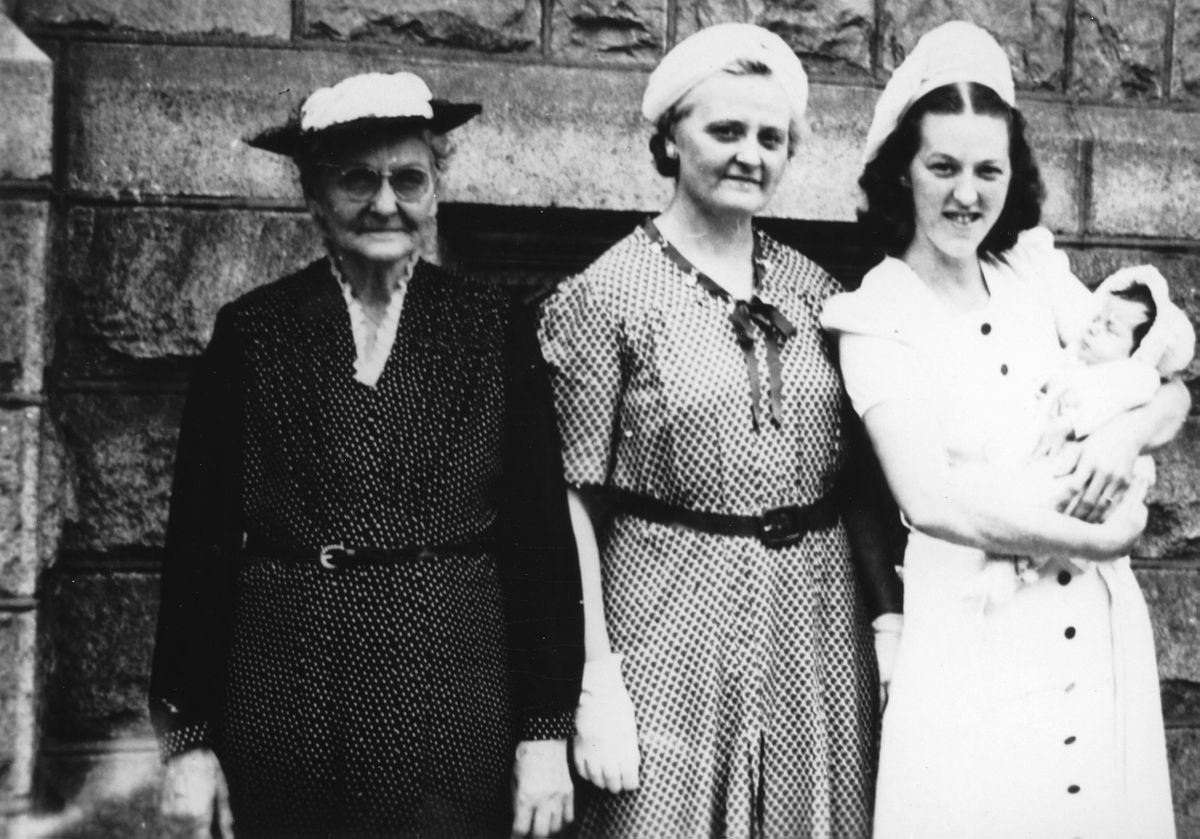 A few days before my son was born, my parents and sister came to Princeton, where my husband and I lived at the time, to witness the birth. They had found a sublet a few blocks away from our apartment, but my mother wanted to spend the first few nights after the birth with us.

“That’s what my mother did for me when you were born,” she explained, eyes sparkling. “She stayed with us and would wake up with you in the middle of the night, change you, and bring you to me in bed to nurse you.”

This was before my mother had ever seen our Princeton apartment. It was the kind of place you would set foot in and say, “Oh. Is this it?” When she realized she would have to sleep on a thrift-store sofa and walk through our bedroom, risking waking us and the new baby whenever she wanted to use the bathroom, she conceded it wasn’t the best idea for our situation. These circumstances spared me from having to tell her that the thought of her spending those first nights with us made my jaws clench.

Don’t get me wrong: I love my mother and enjoy having her around. She is fun and helpful and very loving. But the thought of her playing such an intimate role in my budding maternal experience was more than I could bear. She is a terrific mother, but now it was my turn to become one, and I didn’t feel like I could do it with someone more experienced looking over my shoulder, comparing, noting, judging.

At the time, I preferred to be clueless in solitude than to benefit from her experience. Every little comment made me jump. I didn’t want to hear that I used to be a breastmilk addict while my son barely agreed to touch the stuff. I had no interest in the long-standing inter-generational argument about the validity of pacifiers.

Eighteen months later, my husband and I are preparing to have both my mother and my grandmother over for a long visit. I am feeling immeasurably more confident in my role as parent, and while I still don’t trust their recollections of babies that always behaved one way or the other, I no longer sweat it when one of them questions my choices or undermines my rules.

I’ve been hooked on Jane the Virgin recently, and one of my favorite things about it (besides the top-notch acting and the wacky story lines) is how realistically it portrays early parenthood. Mastitis, sleep regressions, wake time windows—the show is just filled with little nuggets that must seem completely superfluous to people without babies, but mean the world to me. But our experiences of parenting diverge when it comes to Jane’s family life. Having lived with her mother and her grandmother for her entire life, Jane is completely exposed to their opinions. While one episode deals very poignantly with the territoriality of motherhood (the conclusion being: just because your daughter chooses to mother differently doesn’t mean she is dismissing you as her parent), leaving Jane to make her own choices, another has Jane’s abuela vehemently arguing in favor of extinction sleep training. Jane is ultimately convinced, the sleep training works, and they resume their respective roles.

What would it feel like, I wonder, to share a home, or even a continent, with my mother and grandmother? Would I be more welcoming of their advice? More possessive of my authority? I have no serious qualms with neither my mother nor my grandmother when it comes to their parenting styles. I think they are both wonderful mothers. But even though I have made some differing choices, I think I’m a pretty terrific mom, too. In this alternate universe, where my mother has regular babysitting shifts with my child and my grandmother knows his bedtime routine by heart, would we respect each other’s choices, or would contention reign?

In her debut novel Salt Houses, Hala Alyan unfolds decades in the history of a Palestinian family as they knock around from one place to the next in search of a lost concept of home. The extent to which this book shook me, both as an Israeli and as a writer, is a subject for a separate essay. But as a parent, I was most touched by the relationships between mothers and daughters. While Salma wants to protect her daughter, Alia, from the future of exile she reads in her coffee cup, allowing her a certain amount of freedom to rebel against tradition, Alia is driven mad by her daughter Souad’s desire for complete revocation of the rules that bound her to a specific kind of life. When Souad acts out, it brings the controlling mother out of the previously laid-back Alia.

When Alia seethes at Souad, Salma draws the child’s attention, distracting her. She’s keeping the peace, pulling each one in turn out of an explosive situation, but I can’t help but also see it another way: she is winning, being the fun mom to Souad while Alia is justifiably angry. If I were Alia, I’d be muttering under my breath right about now.

And then there is Yoli in Miriam Toews’s All My Puny Sorrows. Each time Yoli’s sister, Elf, tries to kill herself, Yoli rushes over to her hospital bed in Winnipeg, leaving her teenage daughter back home either on her own or under the precarious supervision of her older brother, a college freshman. Yoli half-heartedly supervises her daughter’s sleepovers with her boyfriend and her spreading of vicious rumors about her estranged father via text message while attempting to take care of hospital administrative business, sign divorce papers, make sure her mother remembers to sleep and eat between hospital visits, and determine her willingness to take her sister to a euthanasia clinic in Switzerland. The circumstances have forced Yoli to become an absent mother. She spends much of the book berating herself for being a complete and total loser.

Miraculously, when Yoli’s mother asks after her grandchildren, or, later in the book, spends some time in Toronto living with her daughter and granddaughter, Yoli does not hide how out of touch she is with her kids, nor what they are up to while she is away. Even more astounding, Yoli’s mother does not chastise her for not being hands-on enough. In fact, you’d be hard pressed to find any familial judgment at all in the universe of All My Puny Sorrows. It is a world where a parent’s job is simply to love their children throughout their repeated mess-ups, and where children in turn love their parents without judgment or accusation, offering them endless reserves of empathy.

When I think of my mother and grandmother’s upcoming visit and what I expect from our relationship going forward, I suppose it’s safe to assume we’ll be experiencing a bit of everything. I might feel frustrated when they behave in ways that I don’t condone around my son, but with time I will become more and more amenable to their ideas, and see their parenting successes as my own. And if we’re really lucky, we’ll learn to accept each other’s mothering styles and idiosyncrasies with the kind of love we strive to give our children, and the love we ache to receive.