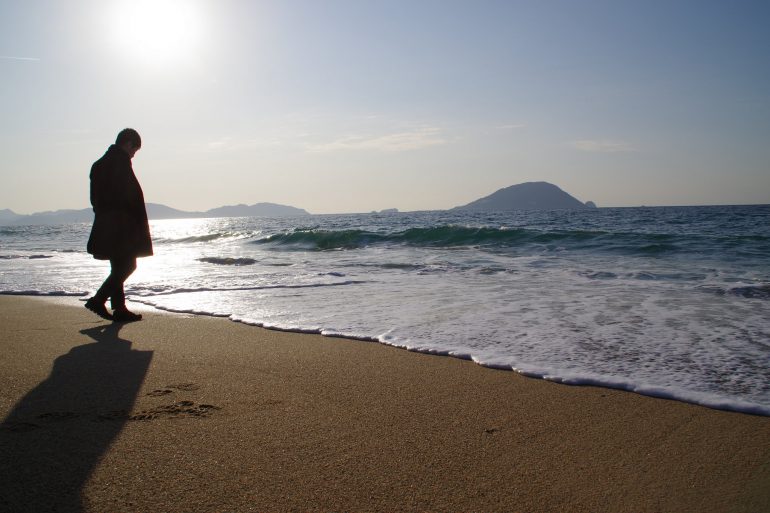 I was elbow-deep in my first novel when my second novel arrived. Since Novel 2 concerns premature babies, its timing seemed appropriate.

For a week, I pacified Novel 2 with light research and a thousand words of writing. There, I told it. Wait. I headed back to the hard, long slog of nowhere-near-done Novel 1.

Then Novel 3 arrived. This was becoming a problem.

You may see this as abundance. To you, calling three novels clamoring for attention a “problem” is like whining about paper cuts from $100 bills. You might also see this as a typical phase of Novel 1’s development—the “What Now?” Phase, in which the first fifty pages of a project shoot out in a month, then…well, you wait around. Maybe you clean your house.

But I see the arrival of Novels 2 and 3 as a plea from my imagination: Take me on vacation! It’s not that my mind doesn’t want to write fiction; it does, and I’m making space. What my mind wants is Beach Writing: writing that changes the scenery, literarily and emotionally, from the labor of Novel 1. Writing with bright, inviting landscapes. Writing that ventures into new forms and genres. Writing with carnival rides and flowering vines and witty repartee and people drinking margaritas, and heck, why not? with people having sex.

Every spring, magazines compile Summer Reading lists, and booksellers push paperbacks to pack in our totes. Beach Reading is saucy, engrossing, emotional, thrilling, fun. It’s also a declaration of divestment. To anyone foolish enough to interrupt, Beach Reading announces: I am out of the office. If you require immediate assistance, please contact someone who cares, because I’m reading this entire book if it’s the last thing I do. 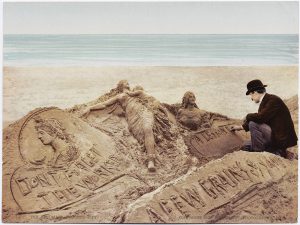 Beach Reading offers us total departure. Likewise, our creative work needs an occasional venture off the beaten path. If you’ve been whittling your writing brain to a nub, maybe it’s time to get larky. Cue the ukuleles and raise your daiquiri: to Beach Writing!

The Winter of My Discontent

My need for Beach Writing began after a prolonged period of two bad behaviors: first, my obsession with Novel 1; second, the mean-spiritedness of Mother Nature. While the rest of the U.S. was suffering a long, aggressive winter, in northeastern Wisconsin, where I live, the winter seemed even longer and even more aggressive. In February, our snowblower gave up. By March 1, we’d burned through all our firewood. After our 40-degree Mother’s Day, we still step tentatively over greening grass.

Meanwhile, my mind was consumed with Novel 1, also set in Wisconsin, in 1871—a hard time to live no matter the season. It’s also hard to write about, since I know nothing about life in 1871. For example, when I write a scene in which a character makes a pastry, I can lose an entire day to identifying the available ingredients (Could a there be a lemon in Door County in 1871? How did you even get a lemon in 1871? What would substitute for lemon? Maybe the character makes pancakes instead?). While this work is pleasurable, it slows output to a grind.

Also, because it’s based on a real, tragic event, a fire, Novel 1’s trajectory is deathward. I’m inventing characters—interesting people, many culled from census records— who are going to die.  There’s really no way around it.

So, to review: Outside my window, blowing snow. On my desk, a Masters thesis on charred crockery. In my head, a constant starting-stopping of big idea! then incremental output, followed by manic research, followed by, maybe, 500 words in a day— all monastically recorded in a windowless library room as I ate carrot sticks and rice cakes.

Yes, even my snacks were virtuous.

And then I’d pine, Why can’t novel-writing just be easy?

I know, I even cracked myself up when I typed that. The point is that for eight months, I didn’t take a vacation, not even in my mind. My family members’ vacations were opportunities for me to get more work done. Occasionally, I wrote other things. But I always stayed close to Novel 1, feeding it time and information so that it might grow words.

Put on Your Sunday Clothes, There’s Lots of World Out There!

I’ve been in imaginative confines like this before. The title story of my first collection is about a woman who suffers multiple miscarriages. I didn’t realize I was writing such a grim story until I’d gotten two sections in. What had begun, I foolishly thought, as a reconciliation piece soon announced itself as the opposite: the story of a character’s last hours before her suicide.

Well, who wants to write a story like that? Not me—not that I could figure out how to, anyway. I sat stuck for weeks on end.

Meanwhile, my now-husband invited me to attend auditions for the musical where he taught high school. This was a wonderful surprise. After years of high school musicals, I still break into choruses from “Hello, Dolly!” As I watched teensy boys sing off-key and feign bravado, a voice began chattering in my head— a voice full of humor and judgment. The change in environment offered a total departure from my sad, stuck story, and moved my mind somewhere new.

The next day, I set no goals; I opened no old files. Instead I began Beach Writing: destination unknown. The chatty new voice in my head led to silly one-liners and art supply warehouses, opinionated friends and arguing sisters. There was noise and color and movement; there were musical numbers. For once in my life, I wrote a happy ending.

In fact, that Beach Writing grew into the most joyful story I’ve ever written. Rejuvenated, I returned to the suicidal-character piece, which became (for now) the saddest story I’ve ever written. Like two sides of the same imaginative coin, both stories concern isolated women, their pregnancies, and their families— but one story spirals deathward, while the other bursts, confetti-like, with life.

A creative vacation doesn’t require that you change your actual location, or that you stop producing. A basic departure might include these essentials:

Doesn’t this sound fun? Psychologically, studies show, that’s the main benefit of planning a vacation: anticipation. Simply knowing you’ll be going away can do wonders for your mind.

As for me, I’m still loyal to Novel 1. If anything, I know that leaving it is the only way I can return. In the meantime, Novels 2 and 3 promise untold adventure. They’ve blazed into my mental monastery wearing leis of frangipani and waving carnival tickets, ready for a road trip.  Of course, Novel 2 is set in Coney Island, Novel 3 in Hawaii, places far away from hard, cold times in Wisconsin.

Come on in! they’re shouting at me. The water’s warm!

Will I join them? Maybe.

For now, I’m in the cabana, working on something that’s decidedly not a novel. It’s a short story about a teenaged girl on a scandalous vacation— margaritas! secrets! affairs!— in an otherwise ordinary beach house.