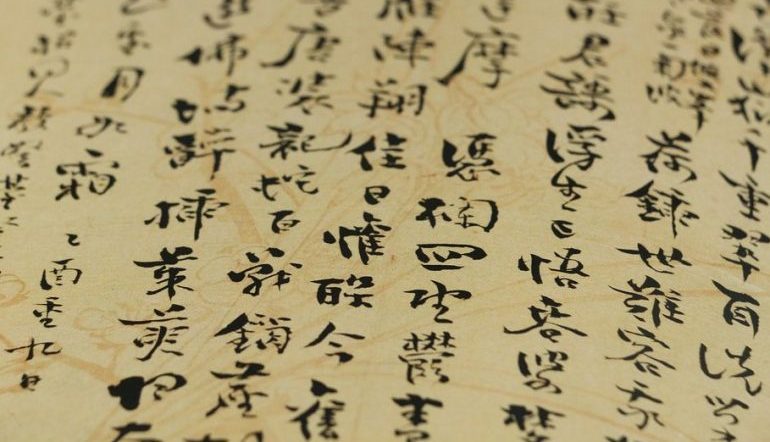 It was a day thirteen years ago. I sat in a packed classroom looking out on an oval-shaped garden flanked with lush palm trees, my eyes fixed blankly on Professor Chaffee’s bearded face. He was the department dean, elegantly-attired, soft-voiced, in his sixties. I struggled to catch the flow of the English words coming from his mouth, but was at a loss. He was not lecturing a complex subject. I simply didn’t understand him.
So began my graduate studies at Stanford University. Two weeks earlier, I was in China, where I had lived the first twenty-three years of my life, without traveling abroad or speaking with an American aside from the bespectacled visa officer at the U.S. Embassy in Guangzhou, who had granted me an F-1 student visa with a toothy smile and a loud “congratulations.”
Three months into my academic life, seemingly impregnated with endless readings, I dreamt one night of my then ninety-one year old grandma, who had raised me and my four older brothers on a labor farm in southern China, where my parents were exiled during the Mao era. After I awoke, it struck me that she spoke English to me in my dream. She asked how I was doing and said she missed me. I was exulted and saddened by the dream: exulted because English had finally entered my subconscious world, a milestone in my English education; saddened because my grandma didn’t speak her kejia dialect, she being an illiterate country woman with a beautifully aged face.
I cried that morning–from homesickness and from uncertainty.
Time flew by. I graduated on schedule and got my practical-training permission from INS. I found a job at an Internet company in Silicon Valley where 95% of the people I knew were either hardware or software engineers. I became an H-1B visa holder. I started my green card application. I spoke much better English, though not without an accent. Then I began to write. It was 2002, five years after I arrived in America.

My initial impulse to write was nostalgia for what I had left behind in China–family, friends, familiar places, memories. But I wrote in English, a practical decision resulting from the naïve thought that if I could write a book in English I would become proficient in my new language. Guided by my ambition, I read. Carver, Hemingway, Salinger, Joyce, Cheever, Trevor, Nabokov, Conrad, Faulkner…I looked up new words and expressions in a dog-eared American Heritage College Dictionary, which I had tried many times to memorize alphabetically.

I immersed myself in the English language. With my English vocabulary growing, however, my Chinese was slipping, to the embarrassing point that I forgot how to write many characters. I once wrote a letter in Chinese to my parents. Later, when I called, my father, a long-time Chinese teacher, pointed out all the mistakes in my letter.
“I cannot believe you have a bachelor’s degree in Chinese Language and Literature,” he said, half jokingly, not knowing I had recently completed a novel in English–which later became Picador Asia’s inaugural book, translated into eight other languages.
The same day I took out all the Chinese books I had brought from China and began to read them. Those days were like a vacation, a honeymoon. I had been missing reading and writing in Chinese. By forcing myself to adopt a new language, I had become incomplete and dubious, though English had offered me a new perspective.
I could read a 300-page novel in Chinese within a day, with a perfect memory of it; I couldn’t do so with English. My liberty in writing in Chinese couldn’t apply to my English writing, where dialogues, slang, idioms, insinuation, cynicism, irony, metaphors, puns, allegories, alliteration, were all potential pitfalls. Above all, the ideographical Chinese characters on the pages were not just for eyes. To me they had smells, colors, sounds and textures, while English words were much less vivid to me. In poetry, my inability in English was particularly pronounced.
Yet the biggest difference between a mother tongue and a foreign language is not even about linguistics but about a mindset, a way of thinking.
Does writing in English make me less Chinese? I can’t answer. But my living in the West, China’s censorship on writers, the difficulty of finding a qualified Chinese translator, and Western publishers’ disinterest in translated works, have complicated my choice of the language.
To try to regain my mother tongue, I began to translate my first novel into Chinese. I buried myself in Chinese readings, my favorites Lu Xun, Lao She, Shen Congwen, Xiao Hong, all from the first half of the 20th century. What started as a translating became a rewriting, and based on which I revised the English manuscript. Later, I translated the revised English version into Chinese for my Chinese publisher.
Without knowing, I did what Nabokov had done in his Speak, Memory, a task he called ‘diabolical:’ “The re-English of a Russian re-version of what had been an English re-telling of Russian memories in the first place.”
Now I write in both English and Chinese and often translate my own writing between the two. But rather than finding a home in both, I feel uneasy with both. The fear endures: I have no first language to claim–instead I have two second languages.
This is Fan’s fourth post for Get Behind the Plough.