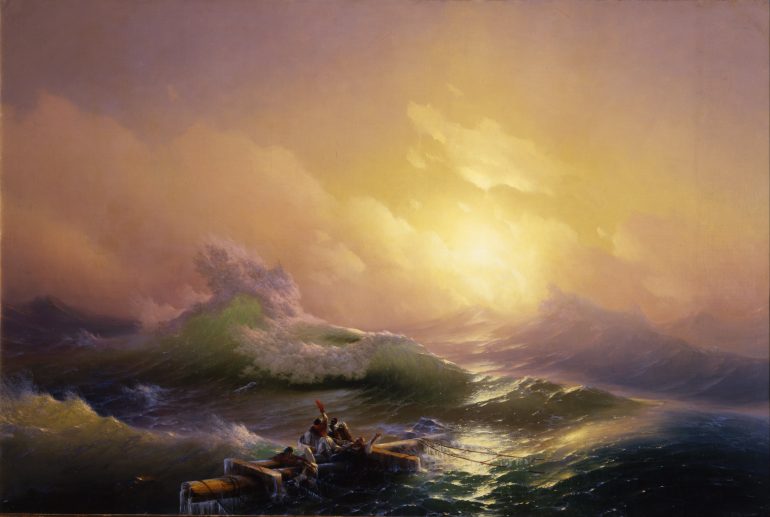 As far as final lines go, there may not be a more shockingly optimistic, and thus no more quintessentially American, than William Styron’s Sophie’s Choice. After making its way through the Holocaust, schizophrenia, a double suicide, and Sophie’s unwillingness to choose which of her children is to be killed, leading to both of their murders, the novel ends with the lines: “This was not judgment day—only morning. Morning: excellent and fair.”

Could any other culture produce a narrator capable of capping off such dismal events with such a promising conclusion?

It’s been a longtime complaint among critics and readers that American literature, for all its diversity and power, lacks a tragic vision. No doubt this is an unfair generalization, and while there are notable exceptions to this judgment, there is also some truth to it. The American psyche is tied to the myth of the New World, the promise of a new beginning, new opportunities to reestablish and reinvent oneself. Even when we expose this promise and dismiss it as a kind of nationalistic propaganda, full of internal contradictions and real world truths that undermine the flowery, optimistic rhetoric, it nonetheless persists. Even the most critically astute realist is guided by those ideals woven into the promise of America, and to some degree believes that we can change our lives, change the world, and that nothing is final.

We see this dynamic play out in the discussion around climate change, where rather than accept what now appears to be an inevitable course of environmental destruction, millions believe that governmental policy, clean technology, and human ingenuity can put a stop to carbon emissions, boost the economy, and lead people to live healthier, more prosperous lives. Naomi Klein wrote a bestseller where championing the environment and combating climate change becomes the gateway to fulfilling just about every left-wing activist’s dream. The movement could:

Deliver the equitable redistribution of agricultural lands that was supposed to follow independence from colonial rule and dictatorship; it could bring the jobs and homes that Martin Luther King dreamed of; it could bring jobs and clean water to Native communities; it could at last turn on the lights and running water in every South African township. . . . Climate change is our chance to right those festering wrongs at last—the unfinished business of liberation.

Personally, I find this to be a bit much. Nonetheless, on a political level, I realize that overpromising and hope might be needed to galvanize people and effectively drive the environmental movement forward.

However, along with our present environmental catastrophe, the enormous inequality in wealth, erosion of democratic institutions, renewed nuclear tensions, and more, has led to a widespread feeling that the conditions that gave rise to our optimistic spirit belonged to another era. Many contemporary television series and novels seem to reflect a grim cultural backdrop, and the light that once shone from our ideals can no longer disperse the darkness.

In another very American moment, Hemingway concludes “The Big Two-Hearted River” with the protagonist Nick Adams deciding not to go on the “tragic adventure” of fishing the swamp further up the river, ending the story with the thought that “there were plenty of days coming when he could fish the swamp.”

Perhaps the time has come for us to fish that swamp and explore the tragedy of our current environmental crisis.

From Aristotle, we learn that tragedy is about more than suffering, more than a catalog of human misery. The power of high tragedy is that the hero unknowingly sows the seeds of their own demise. There are villains, rivals, and the destructive movement of fate, but the great truth that tragedy imparts is that despite our intentions, we bring about our own suffering, our own demise.

The German philosopher Georg Wilhelm Friedrich Hegel pushed this view of tragedy into broader, historic dimensions, arguing that tragedy involves a conflict of social forces as characters from different cultures and social positions, maintaining opposing viewpoints and modes of conduct, collide. Tragedy does not seek to establish a proper moral code for the hero, and one viewpoint is not to be favored or portrayed as superior. Hegel’s insight is that tragedy puts everyone on the same footing. It is not about good versus bad, but about the flaws and shortcomings that exist in the most noble of humans who are always limited by their culture and circumstances.

The tragic conflict of people, of historic movements and cultures, works to instill a sense of transcendence that resolves the opposing forces. This moment of catharsis offers a vision that transcends life’s factions to reveal the larger spirit and unity that exists beyond the narrow, contingent motives.

As war was the backdrop to much of the Greeks’ tragic worldview, and politics and kingship was to Shakespeare, climate change, or, more broadly, the current environmental disaster we’re living through, provides us with such a tragic background.

The formula is all there: enormous economic forces colliding with the environment; an ingenious, two-legged, soft-skinned species who seems to have triumphed over the ravages of nature, but in doing so, brought about cataclysmic events that may ultimately destroy the species.

While our environmental crisis has the pieces to fit into various theories of tragedy, what is intriguing is the Hegelian dialectic of opposing forces colliding and bringing forth a higher perspective. I don’t want to get carried away with the German Romantic theory of tragedy and say something outrageous along the lines of an ecological apocalypse is a step toward a transcendent realization of the spirit that soaks through all life. But there is much to think about in the idea that tragedy ought to bring about an awareness of our limited, mortal natures and awaken a sense of awe for those forces that overwhelm us.

Despite the miracles of our technological era, the power we exert over the natural environment, we are still subject to forces beyond our control.

This is getting us close to what Amitav Ghosh called for when he said literature of climate change should engage with the nonhuman, with larger forces that surround us but have been neglected from so much of modern fiction.

To be clear, the tragedy of climate change—in the literary sense—isn’t just that well-intentioned people contributed to the end of the earth. Tragedy, I am suggesting, isn’t a vehicle to impart a moral message about how we interact with the environment, the wrongs we as a species and complacent individuals have made. Rather, it is a form that opens up aesthetic possibilities and allows suprahuman forces to partake as literary subjects that overwhelm individual characters. It is a mode of expression that goes beyond what a lot of realist fiction currently provides.