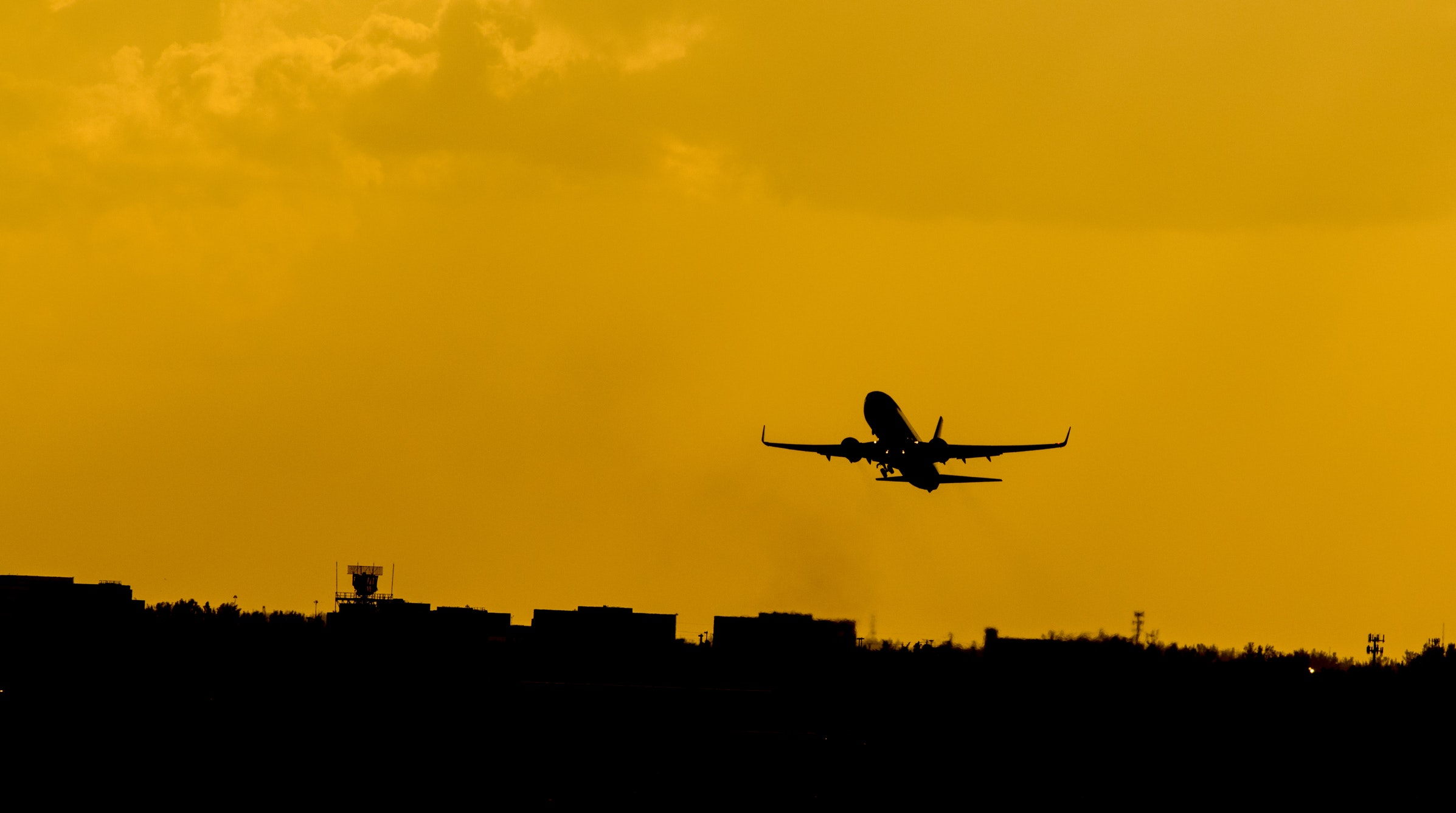 It’s no secret that Mexican writers are making a comeback. Though it should be said Mexican writers have never left the building. They’ve been around: working, translating, publishing in plain sight as the rest of the western world goes on lamenting boom writer after boom writer’s death. In the meanwhile, a new, millennial generation of writers has emerged on the heels of the now well-established Mexican literati comprised of the older statesmen and women of Mexican letters, which include names like Jorge Volpe, Mario Bellatin, Carmen Boullosa, and Elena Poniatowska among others. And while so many readers and critics focus on the cerebral, neck-up literature (with a capital “L”) that so many argue can only come from Mexico City, I’m finding myself drawn toward the literature coming from the epicenter of the contemporary Mexican moment itself: the great Mexican north. Ground zero of much of the drug wars in Mexico, yes, but also home to some of the best writers and writing happening today. Rafael Acosta is one of these writers and he’s the real deal. I interviewed Rafael Acosta who originally hails from Piedras Negras on the Texas-Mexico border. We talked about his new novel, Conquistador (Tierra Adentro Press), basketball, and the contemporary drug war in Mexico.

Daniel Peña: I’m in love with the first line of this book, which in English translates to, “Stop the action: before the bullet pierces the soldier’s skull but after it’s left the pistol.” The entire opening passage of this book is a reflection in pause: a gunfight taking place between two dissimilar characters. The way they fight, their attitudes, makes for this really bizarre character development. It’s an incredible setup for a novel. It reminds me so much of how Tobias Wolff ends his short story, “Bullet in the Brain.” Could you talk about the influences on this novel? And the tone, which is really edgy and unique.

Rafael Acosta: Many things in the novel are a tribute to great cinema. At the beginning of “An Andalusian Dog”, Buñuel starts with an eye being sliced, and it is an image of great terror. The novel plunges into terror from the first sentence: “Stop the action: before the bullet pierces the soldier’s skull, but after it’s left the gun” is a clear signed of what awaits us: A photograph of horror, a limited slideshow of what the war of drugs has inflicted upon the many orphans, widows and victims it’s produced. A good story resides in a world all its own, and I wanted to have the reader understand quickly what this world was like, a world where some people like Toño “La Perra” Becerra have a hard on for violence and some others, like “The Judge” Vallejo, whose first name we never learn, go about inflicting violence like a sacred, god given duty. I hadn’t read Wolff’s story before you mentioned it, but I have to say I should, because it’s a pretty similar description. I’ve got a lot of influences in this book. No one starts writing in the vacuum. I mostly write because I want to read a book no one else has written, and most of the ways you can picture something like that go through other people’s writing. It is a little uncomfortable however to speak about influence, ’cause when I say I was greatly influenced by Homer, it kinda sounds pretentious doesn’t it? But several of the old great ones are here: Homer, Virgil, Hernán Cortés and Bernal Díaz del Castillo, Conrad, Kipling, the anonymous crowd that wrote El Cid, and amongst others, Alejo Carpentier, whose structure from Journey to the Seed, I abducted entirely. There are also several great filmmakers who are quoted extensively in the novel, you’d probably recognize Tarantino’s scene, as well as Herzog’s, but others are in there, amongst the mix.

DP: La Perra is easily one of the most interesting characters in the book. At least he has the most interesting pathology. You mention that Hernan Cortes was an influence on the book–those are some fighting words to a lot of Mexicans who really villify him–but I think it’s interesting in light of Cortes’ motives. History tells us he was conquering for the crown but historiography tells us he was really just trying so hard to get out of debt and, of course, the rest of the story is incredibly violent–the conquering of Tenochtitlan. Could you talk a little about money and the drug trade? Especially, with this book in mind, the transatlantic drug trade?

RA: You can see the presence of the Cortés figure in the main villain of the book: Luis Eduardo Hernández Cortés would be literally, by name, son of Hernán Cortés. There’s also his relationship with Marinne (Doña Marina), but the links go deeper. Cortés is one of the favorite villains in Mexican history, and it’s not hard to guess why. But he was also a very interesting character: daring to excess, cunning in the extreme, politically savvy to a degree that makes him hard to compare him to anyone else in addition to being the the catalyst for the great American genocide. In a way Chirrinfunflais (Hernández Cortez’s nickname) is related is related to a shift in power from Europe into the rest of the world, financially and militarily. But it is also meant to display what Europeans did by reproducing it in European bodies. The situation in the novel echoes many things about the Early Modern Period. A political entity has found political equilibrium after many years of war, but finds no way to continue to spur growth and is therefore forced to look to other shores for an input of capital.

DP: And about the transatlantic drug trade–

RA: I would take the position that money is not the central element in the drug trade. Money can be made many ways, even if few can be so quick as narcotics. As of my writing this, it is calculated that a kilo of cocaine, according to Narcotic News, might sell for about $39,000 in Boston, MA. A kilo of gold can be sold for around $38,000 in most metal exchanges. These prices fluctuate, but the message is clear: to grow coca and refine it to cocaine can be the equivalent of growing gold. That means that money is an extremely important part of the drug trade, without which the whole system would collapse. Having said that, if you listen to narcocorridos, and take them a bit seriously, you can understand that money is not the main ingredient, but a furious revenge against their prior lives. Poverty is a form of torture, and most drug dealers have gone Rambo and beyond. What their songs preach the most is the importance of family, bravery and generosity in the leaders. People don’t face bullets for a car, or a night out with women and drink. There is another element, an attempt to gain wholeness through excess. Many commenters like to think of drug dealers as though they were stupid simply because they imagine drug dealers to be black or brown. But let’s think about this from the perspective of Jay Gatsby. Gatsby is not looking for his extravagant parties for the sake of partying. There is another sort of completeness he’s looking for, that primeval sense of wholeness and happiness that is signified by the lighthouse over the lake, a thing lost. Just because someone is a narco doesn’t mean he or she doesn’t have an emotional life all his or her own. The role of money in the drug trade will probably be the same as its role in just about every industry. However, the role of guns, potlatch, family and honor is a whole other thing. The theme of a pact with the devil that underlies the novel’s connection to Blood Meridian runs throughout most of the character’s lives. The money or power they gain through violence never fulfills the hole that is impossible to fill.

DP: Cormac McCarthy: What is it with him and Mexican writers?

Why do we love him so much?

RA: Cormac McCarthy has been officially adopted as a Mexican writer. I think it’s something about respect. Sure, most Mexicans depicted by McCarthy are cruel, but so is everybody else. And I think I fell for him ever since I read All the Pretty Horses, and how he was conscious enough to make the gringo the idiot in the story. That and he’s great as balls

DP: Conquistador really is something special. I’ve never really read anything like it. One never knows what the future needs, but you get the feeling that this thing will be around for awhile. It is both timely and timeless. How do you follow something like this up? What’s in the works?

RA: Well, there are several things in the works. Mostly I’ve been at work on a novel that explores the turn of the nineteenth century in Mexico, and the oppressive inequality toward the end of Porfirio Díaz’s regime, which is making a comeback if only in spirit. I’ve also been writing a set of short stories about the victims of the drug trade. That one might end up being a bilingual book, showing different perceptions of what happens in native language and global discourse.

RA: Spurs, there is no other possible answer. The Spurs are everything a team should be. Everything. Timmy, Pop, Coyote, Spurs all the way.