Home
»
Reading
»
Flickerings of an Innermost Flame: A Hundred Years of the Hogarth Press 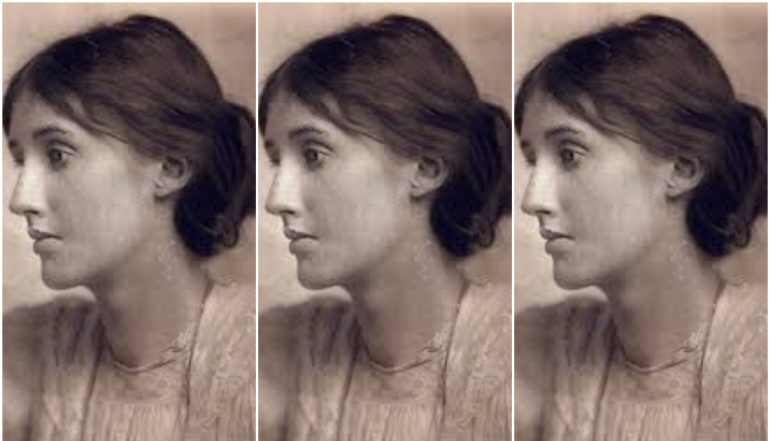 In a 1917 letter to a family friend, Virginia Woolf announced a new endeavor with her husband, Leonard: “We have bought our Press! We don’t know how to work it, but now I must find some young novelists or poets. Do you know any?”

In short time, the Woolfs succeeded in both working the apparatus and finding an extraordinary cadre of emerging writers to publish. Set up in their dining room at Hogarth House, their home in the London suburbs, the new hand-press ushered into the world the works of T.S. Eliot, E.M. Forster, Katherine Mansfield (whom Virginia regarded as a rival), Vita Sackville-West (who would become Virginia’s lover), and Sigmund Freud, as well as the groundbreaking novels, essays, biographies, and memoirs of Virginia Woolf herself.

The idea to start a press may have sprung from Leonard’s wish to occupy Virginia with a hobby to keep her from bouts of melancholy–she had by then suffered at least two nervous breakdowns following the deaths of her parents. Upon purchasing the press for the price of £19, however, Leonard and Virginia both took to the printing business with a passion. Virginia wrote to her sister Vanessa:

After 2 hours work at the press, Leonard heaved a terrific sigh and said ‘I wish to God we’d never bought the cursed thing!’ To my relief, though not surprise, he added, ‘Because I shall never do anything else.’ You can’t think how exciting, soothing, ennobling and satisfying it is. And so far we’ve only done the dullest and most difficult part–setting up notice.’

Perhaps no one could have anticipated the prestige the Hogarth Press would achieve or the reach Virginia Woolf’s views would have. But her writings reveal her determination to leave her stamp on literary discourse and give permanence to her words and others’. A century after the founding of the Hogarth Press, her legacy continues to influence and challenge convention, pushing the boundaries of writing and raising questions of privilege and inequality that we still face today.

The first book out of the Hogarth Press included Virginia Woolf’s story, “The Mark on the Wall,” a seminal work in the stream-of-consciousness style that she would continue to perfect in her later writings. While the narrator ponders what the speck on the wall across the room could be–a nail, a hole, or a rose leaf?–the reader witnesses a meditative, meandering mind at work, contemplating everything from the lives of the previous inhabitants of the house to Shakespeare’s thoughts in repose, and on to the mystery and haphazardness of life. Only in the last lines do we discover, along with the narrator, that the curious mark on the wall is a snail.

A snail’s-eye view is what makes another of Woolf’s stories, “Kew Gardens,” so innovative, offering glimpses of people passing by and snippets of their conversation. “This was an entirely new way of storytelling,” writes biographer Mitchell A. Leaska in The Virginia Woolf Reader. “Time and space appear fragmented and scrambled. Speech and thought seem fractured and random. This is mere simulation, however. Time and space and speech and thought are under the strictest intellectual control, with the aim of creating a natural, unedited impression of a hot July afternoon in the public garden.”

Woolf’s novels, including Mrs. Dalloway, To the Lighthouse, and The Waves, continued to experiment with this impressionistic writing style and develop her ability to illuminate the interiority of life. She explains this approach in the essay “Modern Fiction” as an attempt “to convey this varying, this unknown and uncircumscribed spirit” and praises James Joyce as a writer who, like her, is “concerned at all costs to reveal the flickerings of that innermost flame which flashes its messages through the brain […]” Writers of our time are still exploring the possibilities of conveying time and space and perspective in ways that Woolf was creating in her time.

Beyond Woolf’s writing style and innovations in the genre, her views on women’s struggle for equality remain resonant in 2017. Although she often lamented her father’s decision to send her two brothers to university but not her (“the uneducated child reading books in my room”), she also acknowledged her privilege (“the credit rightly belongs to some excellent ancestors of mine who left me a certain sum of money”) and the many women “making the path smooth” before her that enabled her freedom to write.

Today, women writers are more apt to have the means and access to a successful career than a hundred years ago, but were Woolf alive today, she would likely see there is far to go to achieve equality. Consider these words Woolf wrote as a sequel to A Room of One’s Own in the essay “Professions for Women”:

You have won rooms of your own in the house hitherto exclusively owned by men. You are able, though not without great labour and effort, to pay the rent […] But this freedom is only a beginning […] With whom are you going to share it, and upon what terms?

Long after Woolf’s suicide by drowning at age 59, Leonard Woolf continued to publish her works, including her diaries and papers, and kept the press running until he sold it in 1946 to Chatto & Windus. By then, there were 527 Hogarth Press titles out in the world. In 2012, Random House revived the Hogarth Press with a new fiction imprint for the Crown Publishing Group. Incidentally, the Woolfs’ Hogarth House, where it all began, went on the market last month for $4.4 million, and would no doubt make a fine room (or five) of one’s own.

Woolf once wrote in her diary, after hearing the news of an acquaintance’s death, “I like to go out of the room talking, with an unfinished casual sentence on my lips.” It seems she was preoccupied with how she, and that constantly flickering mind of hers, would take leave of this world, and what her legacy might be. Thanks to an investment of £19, a hobby that grew into the prominent Hogarth Press, and the creative and thought-provoking works it left us, her conversation continues a hundred years later.