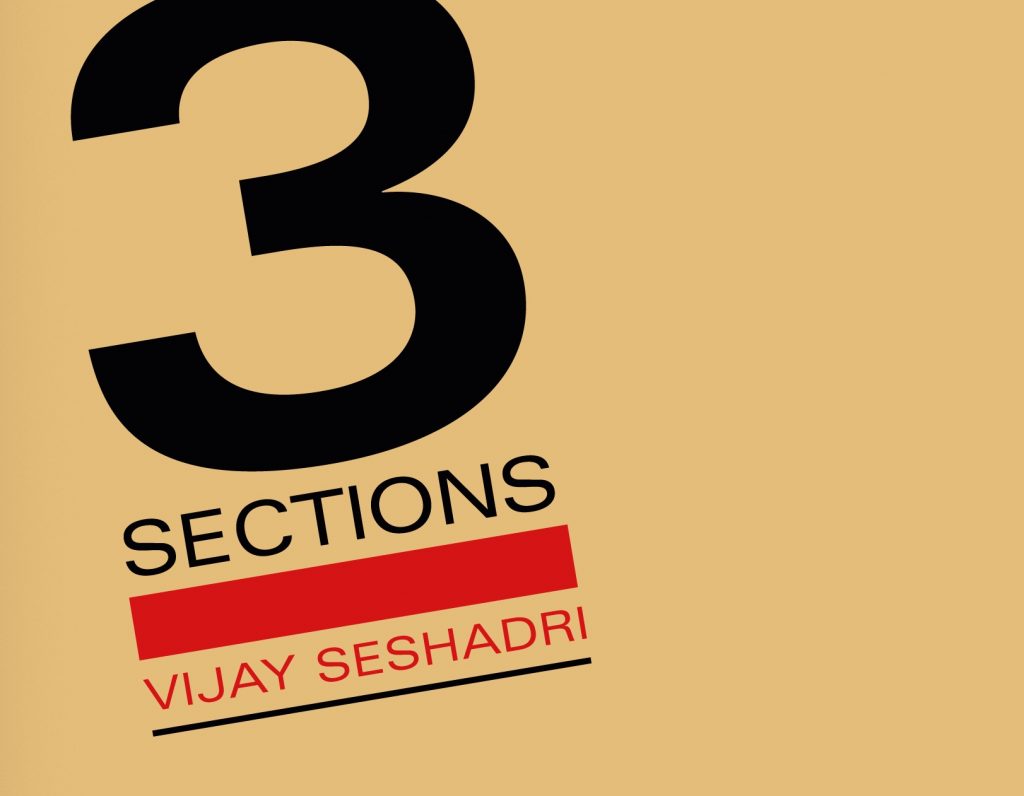 But, without a doubt, I always came across copies of Vijay Seshadri’s 3 Sections. The collection’s distinctive caramel cover features a red slash demarcating its title and author: in many stores, several of these candied collections would be nestled next to one another, provoking a question one of Seshadri’s poems asks: “How strange would it be if you met yourself on the street?” (33). How strange it is to see the same book again and again: 3 Sections was peculiarly unavoidable in India, like a neighbor you keep bumping into at the supermarket.

Out of Minneapolis, through Graywolf Press, 3 Sections has traveled to Delhi, Jaipur, Varanasi, Calcutta, and elsewhere on the subcontinent. As Seshadri explains, he is Indian-born but has lived in America for most of his life, having grown up in Ohio. Since then, Seshadri travels to India sparingly, although he speaks at least three Indian languages besides English. After winning the Pulitzer Prize last year, 3 Sections sojourned across India and covered more distance than its author.

Seshadri was recently greeted with open arms at the Jaipur Literature Festival last January. There, he delivered detailed talks on “the Poetic Imagination” and “a Passage to America”: the latter especially a topic strange and crucial to Seshadri, where, in his poems, places are imagined, re-imagined, and dreamt about. For a poet finding his work scattered across the nation in which he was born but did not spend most of his life, it follows that identity and geography become intricately interwoven and unwoven rather than necessarily neat. His poetic imagination is not purely fanciful; instead, reality becomes slippery. As his poem “Trailing Clouds of Glory” depicts it:

There is a border,
but it is not fixed, it wavers, it shimmies, it rises
and plunges into the unimaginable seventh dimension
before erupting in a field of Dakota corn   (5)

Seshadri describes his family as Indian but is positioned on the “defense” of America, not willing to tear down a country he calls home; he is keenly aware of the complexities that come with growing up in Ohio after being born in Bangalore. He is both an Indian poet and not an Indian poet. As Bruce King writes in his history of modern Indian poetry, “boundaries between the nation and the outside world have become fluid, even arbitrary” (257).

In Seshadri’s view, apparent in his poem “Personal Essay”: “The world is huge and unbearable to think about, and maybe it should be, / maybe it should be the endlessly receding horizon that it is, / which we run after” (70). For books can run far in this huge world—distances we cannot even fathom going ourselves.