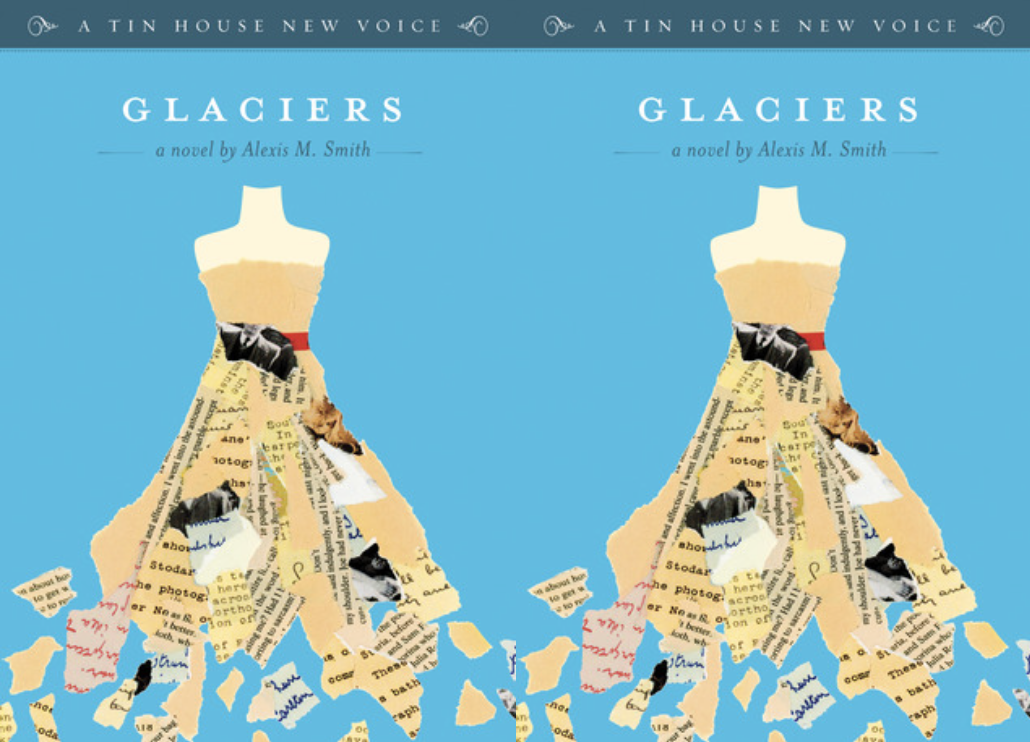 Isabel, the protagonist in Alexis M. Smith’s new novel Glaciers, was only a month old when her family departed Seattle by ferry, returning to their roots in Alaska. She can’t recall the trip, but as an adult envisions that, “Like other great creatures before them, the glaciers were dying, and their death, so distant and unimaginable, was a spectacle not to be missed.” Then, when’s she’s nine and on a visit back to Seattle, Isabel finds that,

soon she loved the city in the same way she loved the landscape of the north. Old churches were grand and solemn, just like glaciers, and dilapidated houses filled her with the same sense of sadness as a stand of leafless winter trees.

These twinned encounters at the start of the novel are a blurring of memory and imagination, making it impossible to parse whether the imaginary glaciers seen first have been projected onto the city, or if the city seen at nine has been cast backward onto her trip to Alaska. Isabel as an adult sees her world through that blur, and through a lens of decay. What seems ancient and eternal is in fact breaking up from the moment it forms; the world is adrift with both icebergs cast off from warming glaciers, and with objects cast off from crumbling lives. On a childhood trip to a Salvation Army store, her father told her, “it’s a treasure if you love it. It doesn’t matter how much it costs, or if anyone else wants it,” and making treasures of discarded dresses and anonymous photographs found in junk stores and rummage sales has become the project of Isabel’s life.

Glaciers follows Isabel over one day in Portland, but with multiple digressions into her past. It’s a small story, in which she reports to her job repairing damaged books at the library, has lunch at a familiar run-down restaurant, and plans for a party that night. Yet it’s a day woven with many others, through her memories, through the vintage dress she’s chosen for the party, and through the old books she repairs. Her day is tied to the future, as well, in the emergence of romantic possibilities with her co-worker, Spoke—possibilities complicated and darkened by his recall to Iraq after returning from an earlier tour.

Yet amidst the decay of glaciers and global warming, urban decline and war, failed marriages and death, the novel persists in a refreshing optimism. Characters are defined by their needs to fix things, from Isabel’s books to Spoke’s propensity for making broken appliances work because, in a desire passed to him by his grandfather, “He just… wanted everything to last, or at least be given a chance.”

These are lives shaped by loss—by the crumbling of “other great creatures before them”—but not overridden. Isabel and Spoke are committed to fixing what they cannot because they are broken themselves—which we’ve perhaps come to expect from literary fiction—but because recognizing yet resisting the inevitability of decay makes them whole. They are aware, as the novel is, that “there are some things in the world so broken they can’t be fixed.” Yet they also know that their lives, like ours, are made richer by selfless attempts to fix things anyway, and by stories—like this one—that remind us to try.

Steve Himmer is the author of the novel The Bee-Loud Glade, and the ebook short The Second Most Dangerous Job in America. He teaches in the First Year Writing Program at Emerson College, edits the webjournal Necessary Fiction, and has a website at http://www.stevehimmer.com

Steve Himmer is the author of the novel The Bee-Loud Glade, and the ebook short The Second Most Dangerous Job in America. He teaches in the First Year Writing Program at Emerson College, edits the webjournal Necessary Fiction, and has a website at SteveHimmer.com."