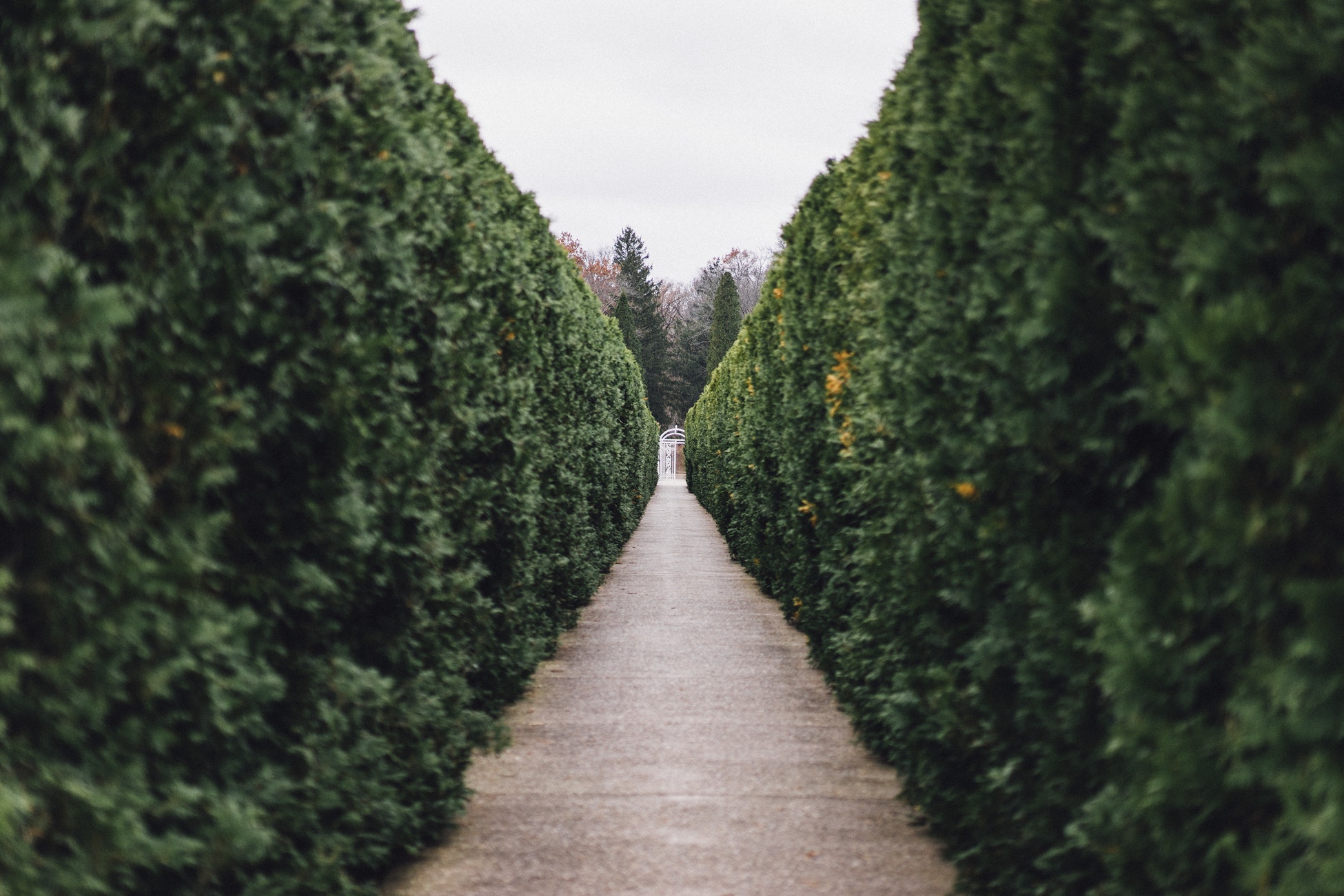 As a woman, how much time do you spend thinking about food: the budget, weekly menu, grocery list, shopping, preparing, and cleaning up? Daily, I prepare meals for four people, two of whom slide half their dinner to their dad when they think I’m not watching, and while I’m no longer shocked by the amount energy cooking takes, there are times when I have to muscle myself away from the poem in progress to fire up the electric burners.

In October of 2006, though, I spent two blessed weeks at Hedgebrook, a writer’s residence for women on Whidbey Island, where my only responsibility was to show up for dinner every evening: Garden fresh dinner, shared with incredible women.

Now I am shocked at how many women writers have never heard of Hedgebrook—because it’s free. Free, I tell you. Free. This gift of uninterrupted time for a woman writer is a political act on par with the first publication of Our Bodies Ourselves or The Second Shift. As evidence, I offer testimony from three former Hedgebrook Sisters:

Before arriving at Hedgebrook I was very much “in between,” in life and in poems. My mother, who was Japanese, had gone missing four years earlier while I was studying poetry as a graduate student at New York University. This traumatic loss had derailed me on several levels, not least creatively. After completing my degree in 1996, I found it impossible to write poems for some years as I grappled with the emotionally and psychologically fraught circumstances surrounding my mother’s unexplained disappearance (still unsolved). Essentially, I was immersed in the liminal, and it was an indescribably painful, confusing, and isolating time for me—a Night Sea Journey, a descent into a psychic wilderness.

When I arrived on Whidbey Island, I’d recently left New York and was jobless, homeless, and partnerless, with no idea what I would accomplish or what awaited me after my stay. Most residents want uninterrupted time and space to work on a particular project, and most of my fellow residents were doing exactly that, and their writerly efforts were shared and cheered nightly around the dinner table. In contrast, I was writing very little. Instead, I walked; sat under the trees in private reverie; took long baths; gazed out the window; collected shells, flowers, and leaves for my cottage; wrote copiously in my notebooks. I read and wept and napped and fed the wood stove on rainy nights. All of this, combined with the company of other women and the delicious food served to us daily, was exactly what my soul needed. Although it would be several more years before my first book of poems was published, I have no doubt that the nourishment, holding, and support I received at Hedgebrook made my book, and everything since, possible, and I am deeply grateful.

Before Hedgebrook in the summer of 2009, I was a writer; for the past five years I’d really embraced that purpose.  I had graduated with my MFA in 2006, written and self-produced a play, and performed my poetry for many years.  However, while I devoted more than two years of my master’s to working on my poetry, I hadn’t imagined what it would be like to leave home and do nothing but write.  I recall one of my mentors, Elmaz Abinader, advising some of us that three weeks should be the minimum for a retreat.  I’d thought, “What!? That’s so long!” – during which I’d not be earning money, “working.” When I applied for Hedgebrook, I didn’t even consider more than three weeks.  The three weeks sounded like eternity.

At Hedgebrook, I discovered that my perception of time shifted. The attention my writing deserved, in fact, demanded, was plenty to fill my time.  And those early, critical stages of writing, which cannot be forced or sped up – the dreaming, study, absorption, research, gestation – even before putting pen to paper, or after the first renderings, swiftly filled what seemed like so much “empty” time.  My pace slowed; I was not operating on deadlines; everything quieted such that the other “voices” could be heard. I wished those three weeks could extend into three months.  And then there was the community. The evening dinners and dialogues with other writers going through the very same process punctuated my open time, giving it just enough structure.  And the kinds of women who met there – serious, passionate, talented writers – could understand, unlike many others, the struggles and epiphanies I was encountering in that little cabin in the woods.

After Hedgebrook I was able to access that “place.” I committed to occasional weekend retreats, and weekly “art days” in which I summoned the kind of space and spaciousness that I found at Hedgebrook.  It’s as though the little cabin, that became a part of my self – somewhere to go, so familiar, so protected, to sip on tea in my little nook beside the window, the stove crackling, the woods embracing me, the ocean just a bike ride away – and the knowledge that everyone “out there” believed in me and what I was doing with my time. For me as a left-leaning, LGBTQ-identified, daughter of Filipina immigrants, having this kind of space was so critical to my confidence.  While, as Lorde says, for us women, “poetry is not a luxury,” unfortunately, finding the time,  space and resources, especially in today’s economy, can seem so. And that trust, that being held up as a woman writer of color, with so many “shoulds,” makes it even more daunting.  I am always looking for, returning to, that cabin in the woods.

I arrived at Hedgebrook at an important juncture in my life. Not only was I five months pregnant with my first child, but I had just been abroad in my native Argentina caring for my mother. Though normally an active professional, my mother is somewhat vulnerable to breakdowns. The sudden death of her own mother triggered such an episode. In fact, given the circumstances, I hadn’t been sure I was actually going to be able to attend Hedgebrook. However, somewhat miraculously, on Easter, my mother started to recover, and sometime later I was able to return to the States to keep my appointment with the Muse.

Hedgebrook, and I don’t say this lightly, is one of the most precious gifts I have ever received. My stay there was akin to living in an enchanted forest. And I felt taken care of, cuidada, in a way that felt nothing short of miraculous. Most importantly, my experience there taught me that it was possible to live differently, more simply, more intensely, more focused. To live, in spite of all the chaos of the world, with something akin to peace. There, among the emerald green and hooting owls, the mauve cattails and blood-red poppies, I could hear myself think. My attention was not scattered, pulled in a million different directions: Less constant stimulation meant a sense of expansion. I remember the open night sky. Perhaps for the first time, I felt as though I were living on a “human scale.” And, paradoxically, this human scale made me more aware, in my bones, of the cosmos. In this sense, like poetry, Hedgebrook for me became a sanctuary, an agnostic’s monastery.

One of the first pieces I wrote at Hedgebrook was a prose poem about post-9/11 Astoria, New York. Astoria’s beauty is completely different from Hedgebrook’s; it is one that is blemished and gritty. But against the backdrop of silence and order, I could conjure my old Queens neighborhood with a force and longing I hadn’t mustered before.

Now when juggling (not always gracefully) my activist job, motherhood, family life, teaching, my creative life, as I schlep all over San Francisco on the MUNI, usually tired and often overwhelmed, after staying up late the previous night trying to meet deadlines, packing my daughter’s lunch while she is throwing a tantrum nearly puts me over the edge— I conjure Hedgebrook. Doing so brings me solace, reminds me that it’s possible to live differently and better, that I have it in me to do so, that things are often more fluid than we think. Even if buried or dormant, we all possess a wellspring of strength and creativity deep within us, waiting for its sanctuary.

Bio: Born in Kobe, Japan to a Japanese mother and a French Canadian-American father, Mari L’Esperance was awarded a Prairie Schooner Book Prize in Poetry for her collection The Darkened Temple, published by the University of Nebraska Press in September 2008. An earlier collection Begin Here was awarded a Sarasota Poetry Theatre Press Chapbook Prize. L’Esperance lives in the San Francisco Bay Area, where she writes, edits, and teaches occasionally.

Bio: Born in Argentina, Florencia Milito spent her early childhood in Venezuela. She is a bilingual poet, essayist, and translator whose work has appeared in such publications as ZYZZYVA, Sniper Logic, Znet en Español, What the World Hears, and the Indiana Review. She has worked as a bilingual Poet-Teacher with California Poets in the Schools and Poetry Inside Out and most recently has been translating the work of contemporary Argentine poets into English.

Bio: Aimee Suzara has been sharing poetry and multidisciplinary performance since 1999.  Her first play, Pagbabalik (Return) appeared in festivals in 2006-2007 and she is working on her second: A History of the Body. Her poems appear in numerous journals and anthologies such as Kartika Review, Lantern Review, and Walang Hiya: Literature Taking Risks Towards Liberatory Practice, and her chapbook, the space between (Finishing Line Press). www.aimeesuzara.net.