Home
»
Uncategorized
»
The Best Short Story I Read in a Lit Mag This Week: “The Know-It-All” by Jeff Spitzer 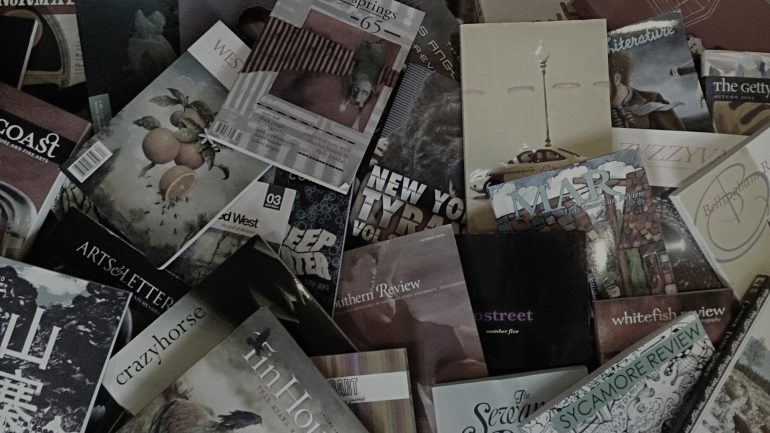 Some narrators announce their unreliability in the opening sentences of a short story (see Matt Sumell’s “All Lateral”), and in this way their skewed vision of the world serves as a stylistic lead, drawing readers in. In “The Know-It-All,” from the latest New Ohio Review, Jeff Spitzer creates a narrator whose reliability is revealed slowly, aiding the development of a satire as hilarious as it is terrifying.

We meet this narrator as he’s debating with his wife whether to attend a New Year’s Eve party with his co-workers, whom he considers “…fellow academics, the least redeemable bores in human society…” But the real reason he doesn’t want to go is Charlotte Roon, a wildly successful professor with a penchant for lording it over her colleagues. We discover that at the same party, two years ago, she’d shamed the narrator, who drunkenly quoted a stanza to Whittier.

“A surprised silence. People stared oddly in my direction as I halted, my glass poised before me.

‘Whitman wrote it. Whittier could never have written it.’”

The level of seriousness the party levels toward the narrator’s mistaken attribution is absurd, but unfortunately not outlandish: it’s easy to imagine this sort of interplay occurring within almost any dysfunctional social situation, whether department, office, writer’s conference, or for that matter, playground. This is the first peek into the notion Spitzer is developing: under certain conditions, within insular habitats, the most mundane of facts can be used as powerful weapons.

It is after this interaction that we get our first peek into the narrator’s unreliability as well. Until this point—a third of the way through the story—he has shown a level view on the world. But instead of using the narrator as a voice of reason within a skewed departmental atmosphere, Spitzer reveals that the he’s unable either to laugh off the slight or to see it as absurd (as every reader would):

“With the laughter ringing in my ears, I retreated to a dark corner, where my trembling lip and gnashing stomach would not be detected…observing her black silk pajama suit against the background of the fireplace, I tried to bring about a telekinesis of the flames so as to purge the room of her presence.”

With that, the narrator has shifted before our eyes. His unreliability is now clear: he’s a full, earnest participant in the absurdity. He’s as dead serious as Charlotte Roon and the rest of them. The slights continue and there’s no break in the narrator’s unreliability. While the reader sees them as petty, the narrator views them with growing fury. Soon we find that the he’s been dreaming of revenge. Finally, the seriousness of this situation becomes clear: he procures a special rat poison from an Agricultural Chemistry professor, and at the party, he slips some into her drink.

“Suddenly she started. Her eyes bulged and she caught at her throat. Rising clumsily, she staggered toward the bathroom.

My God! What Had I done? I hurried after her.”

The narrator begins to cook up an antidote to the poison, and as shown above, appears that he may have been shocked out of this unreliability. He now sees his actions in a larger context. Death in narratives often has the power to bring about an epiphany. Except then Spitzer slams that possibility with a sly—and terrible—piece of irony.

“‘Forgive me,’ I wailed. ‘I’ve wronged you. I’ve maligned you worse than Hester Prim.’

Suddenly her thrashing halted. Clutching my lapels, she slowly and arduously pulled herself up.

‘What is it Charlotte? Can you drink this?’

She collapsed in my arms.

In the throes of death, Charlotte Roon, instead of taking the antidote to the poison, wastes her last breaths trying to correct the narrator’s mistake (it’s not Hester Prim, it’s Hester Prynne). Coming full circle, Roon dead in his arms, the narrator loses his sense of remorse—and with it his narrative reliability—and begins pondering what she was trying to tell him: “Undoubtedly some further comment on my book.”

Neither death nor murder can break either the victim or the perpetrator from their petty narcissisms. Make no mistake: that Hester Prynne—the heroine of the Scarlet Letter—is on the narrator’s tongue is no accident. The seemingly endless bouts of public shaming of occurring right now are in many ways just as puritanical as the 17th century Boston of Nathaniel Hawthorne. Spitzer’s “The Know-It-All” shows us the cost.