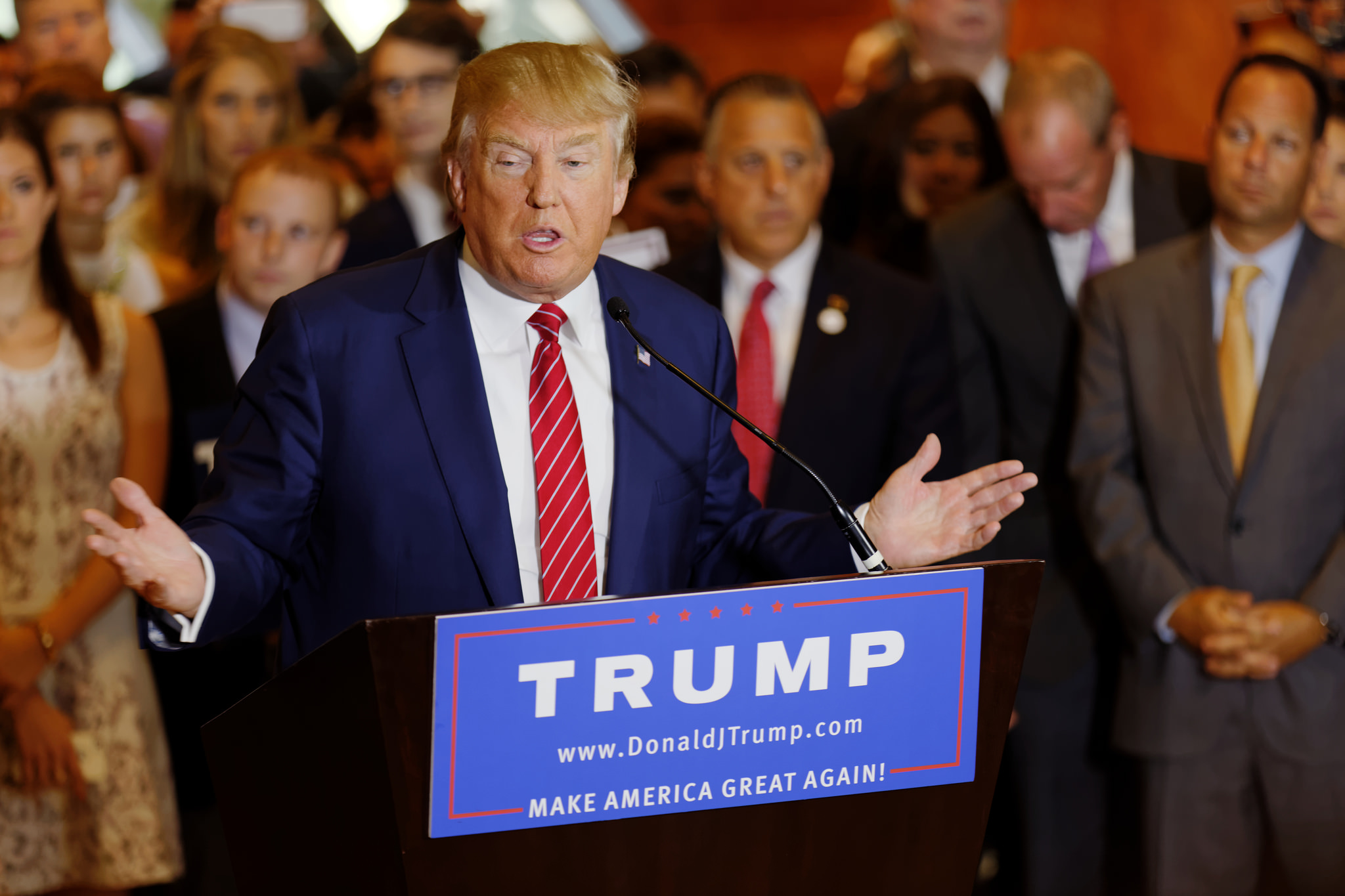 By this point in a presidential campaign, a candidate and his or her handlers have, like any good writer, spent dozens if not hundreds of hours fine-tuning their story. A candidate’s story has all the key elements of a novel: a hero (the candidate him/herself), the plot (the candidate’s biography and the obstacles, real or imagined, he or she has overcome) and more than one antagonist (Wall Street bankers, unelected Washington bureaucrats, “elites,” or People Who Are Not Like “Us”). Sticking to this story and replicating it across the myriad of media platforms sounds easy. It isn’t.

The key difference between a novel and a political message is that the novelist is in complete control of the story whereas the politician is not. The politician will tweak his or her story depending on the audience—if speaking to the Sierra Club the candidate will include an anecdote about the hikes he or she took with Grandpa when he or she was a child—but the essence of the speech stays the same. Various forces, from the media, to voters, to other candidates, conspire to get the candidates to tell a different story, or get them “off message,” to use the parlance.

While staying “on message” is critical, the candidate must also show voters that he or she is not a one-trick pony. If the candidate gives a hint of being incapable of handling stories other than those of his or her own choosing, the campaign is in real trouble. For example, at one point in the current presidential campaign, Dr. Ben Carson led Republican polls. Carson’s legitimacy as a candidate is built around his biography and character. Raised in poverty in Detroit, Carson bucked the odds and became one of the world’s foremost pediatric neurosurgeons.

While he was riding high at the top of the polls, some people, including some of Carson’s own advisors, were concerned that he did not have a strong grasp of foreign policy. His answers during debates and press conferences did little to eliminate these concerns. Carson’s poll numbers stalled. Then, questions arose about some details of Carson’s biography and his own understanding of commonly accepted historical facts. Not only was Carson unable to prove he could talk off the message of his own story, but there were now doubts about the character in which many voters had placed faith. He hasn’t recovered and few candidates would.

Being able to consistently tell a good story is essential to any successful political campaign, but by itself it is not enough to assure victory. Critically, voters have to like the story they’re being told. After two wars, Hurricane Katrina and the Great Recession, the simple story of “Hope” that Barack Obama delivered again and again was perfectly pitched. It also helped that Obama embodied that hope in his own biography. Bill Clinton had a similar gift to Obama—he reminded people constantly that he came from a town called Hope. And it’s no coincidence Ronald Reagan, having memorized dozens of Hollywood scripts, was called The Great Communicator.

Right now, there are 15 presidential candidates (12 Republicans and 3 Democrats) battling to have their story heard, By this time next month, Republicans could have only a few candidates left and the Democratic race could be decided. In very different ways, each party’s leading candidates have shown the power of storytelling.

On the Democratic side, Hillary Clinton has wanted her story to be about her lengthy resume and making history as the first female president. But the media and opposing candidates have had other ideas, bringing up some of her past positions and her use of emails—another medium for storytelling— while Secretary of State. No candidate in recent memory has faced as many challenges as Clinton in sticking to her desired story. Her chief rival among Democrats, Vermont Senator Bernie Sanders, has been disciplined in sticking to his message about the deck being stacked in favor of the wealthy. Feistily channeling the frustration he often references, Sanders has shown signs he can talk capably about issues besides economics. But as he rises in the polls his ability to stick to his script will be challenged, much like Clinton’s has.

Among Republicans, reality show star Donald Trump has of course dominated the news and has been atop polls since entering the race in the summer. Trump’s story is remarkably simple.

He wants to “Make America Great Again” (who wouldn’t?) and the wall he says he’ll build is the perfect symbol for those who believe America’s greatness is threatened by outsiders. There is plenty to criticize about Trump’s story, which contains no small amount of racism and xenophobia, but there’s no denying he shares an anger with a good portion of Republican voters.

In recent weeks, Texas Senator Ted Cruz, has challenged Trump in some states by painting himself as an outsider who seems to bask in the contempt with which his colleagues hold him.

Marco Rubio, a young senator from Florida, has mastered the story of American exceptionalism and how he would advance it in the 21st Century. The problem for Rubio is that he’s still perceived as a symbol of the future rather than a candidate of the present.

In a normal election, candidates like Chris Christie, John Kasich and Jeb Bush, all two-term governors, could point to their success at the state level as the centerpiece of compelling stories. But this time around, voters don’t appear interested. Bush, and his struggles to overcome the negatives associated with his brother’s presidency, has been especially painful to watch. Each of these candidates has time, but with caucuses happening in Iowa next week and the primary in New Hampshire the following week, they could find themselves on the discount rack.