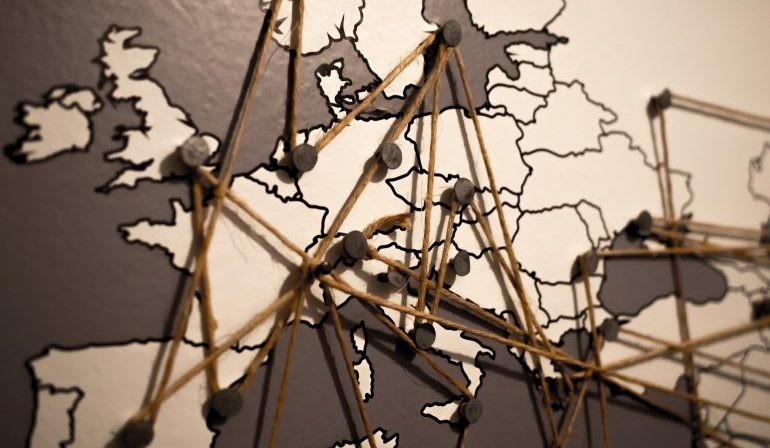 I remember my first years in America from the early 1990s. I was a graduate student of journalism at the University of South Carolina, in Columbia, S.C., where I was still finding my feet in the U.S., full of wonder and curiosity—and apprehension. One semester at the university, after I enrolled for a course in feature writing, I struggled to find topics for the periodic writing assignments. As someone from India, I wanted, half-heartedly, to write about Indian or foreign students on campus, holding up their sense of wonder and their challenges. But I hesitated, thinking I would stand out in class. I wanted to blend in with my American classmates. I wanted to—I learned the word later!—assimilate. The professor, a black man, helped me resolve my dilemma. He said I should write about the experiences of Indian and international students because I represented their community. I went on to write several features on Indian students and Asian Indian businesses, including one on a restaurant in Columbia’s Five Points district.

But that was journalism. In fiction, what do “immigrant writers” or “diasporic writers”—writers originating from other countries and living in the New World—write about? Do they choose their theme, characters and setting? Or is the reverse the case? I started reading such writers while still in graduate school in Columbia—Bharati Mukherjee’s short story collection The Middleman and Other Stories and Chitra Banerjee Divakaruni’s Arranged Marriage. Some pet themes emerge from the short stories and novels written by such authors. Mukherjee’s work features not only cross-cultural clashes but also the conflict between constructed past and immigrant present. The Middleman and Other Stories centers on immigrants in the U.S. who are from developing countries. The stories depict cultural dislocation and assimilation. Immigrants are also the subject of two of her later novels, Jasmine and The Holder of the World.

Describing Divakaruni’s Arranged Marriage, the San Jose Mercury News said, “For the young girls and women brought to life in these stories, the possibility of change, of starting anew, is both as terrifying and filled with promise as the ocean that separates them from their homes in India.” A more contemporary writer, Jhumpa Lahiri, a Pulitzer winner and one of my favorites, also explores similar themes.

The preoccupation of immigrant writers with themes of identity crisis, alienation, duality, cultural clashes and “ethnic” belonging has been lately slammed as the staple of “immigrant fiction.” Do these writers have to write on these themes? Why can’t they transcend these to fit into the mainstream?

My bread and butter has been nonfiction, but as I begin to write fiction, I myself have found it challenging to abandon these themes. How can I separate myself from my origins, my ethnicity, my past and my upbringing as an author? Our experiences make us what we are, and our fiction springs forth from what we have internalized. Even though as writers we assimilate with the present external world, some part of our past and family heritage clings to us. This is what we intimately know and tend to explore in fiction, too. In case of Lahiri, the “anxiety” of growing up in an immigrant family, in Boston, shaped her writing sensibilities and her desire to be a writer in the first place. Maybe in subsequent generations, immigrant writers will begin to write on mainstream culture and experiences, transcending the category of immigrant fiction.

The label “immigrant fiction” is itself a misnomer, some immigrant writers and other American authors say. Primarily, it’s a marketing term, says Amit Majmudar, a second-generation American and Poet Laureate of Ohio. Publishers categorize fiction coming from recent immigrants—that is, first- or second-generation—to highlight the exotic on book jackets. Saša Stanišić, who describes himself as an immigrant, says that the category “immigrant literature” is simplistic: “The nature of migration and the level of foreign writers’ integration vary too much to be collected in one category, not to mention the authors’ unique biographical backgrounds and differing cultural, religious, or social habits.” Francine Prose offers a more nuanced view in The New York Times, saying categories have value, but they “get less interesting” when they become “the whole point—the substance and the basis of how a book is read.” She adds, “There are many things to be said about Dinaw Mengestu, María Luisa Bombal, Chinua Achebe and Anita Desai apart from the fact of their having come from former colonies … I imagine that most writers would rather their work not be defined by gender, or race or country of origin, but rather by what they write.”

Immigrant writers write about what they know, as young writers are always taught to do. Add to this principle the sense that writing about the immigrant experience in, say, America reinforces the writer’s feeling of being an authority only on his or her own community, his or her own people. Perhaps, they are wary of writing outside their communities, unsure of whether they can impart an authentic voice to characters and themes beyond their ken or whether readers will accept the portrayal as realistic. One reason minority writers like Lahiri “tend to write inside their own communities,” Majmudar says, “may well be the nature of realism, which is (for now) literary fiction’s dominant mode: the artistic need for observed detail, and the tendency of literary novelists to tweak their personal experiences into fiction.”

The reality may change for the current writers’ descendants. In later generations immigrant authors may no longer be a “marginal phenomenon, but a significant reference point with almost-mainstream qualities (a good thing, because it rids the work of the exotic),” to borrow Sašas words from his essay for Words Without Borders. In the same Bookends column in The New York Times where Prose is interviewed, writer Pankaj Mishra says about writers living in the U.S.: “They live in a country undergoing massive demographic shifts.”

Even though I now live in India, back in my home country, I vaguely see Mishra’s prediction coming to pass over the next few generations. Immigrant fiction will then widen, like a river approaching the ocean.