Home
»
Uncategorized
»
“In a Pig’s Eye:” Why I Reread “Rock Springs” 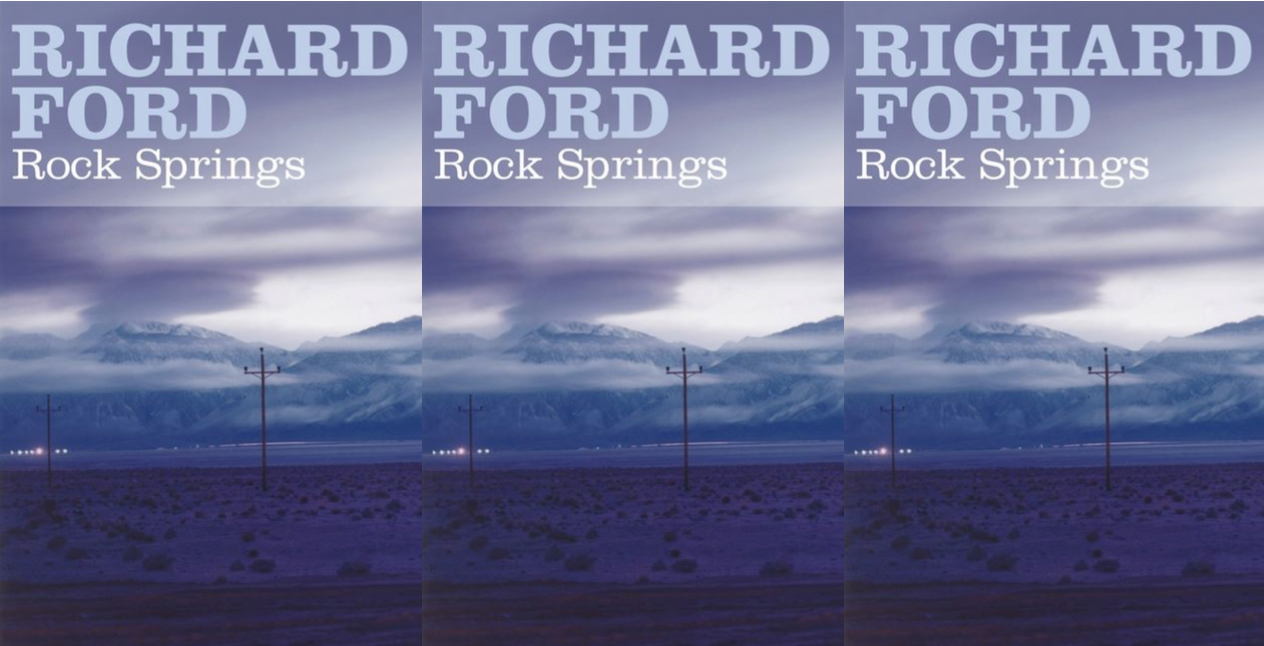 By the time I first read “Rock Springs” by Richard Ford, I had already crossed the country seven times by car, four of them through the eponymous town. One of these times my friend and I were on a road trip just for the sake of it. Or for the sake of her novel research. The other times I was caroming from one end of the country to the other, relocating with a new plan, learning the hard way that, as the story’s narrator learns from a napkin, “…between the idea and the act a whole kingdom lies.”

Lately I’ve been preoccupied with the idea of occupational hazard. This term is the title of my piece in the current Ploughshares, a story in which a sewage treatment plant inspector dies from a bacterial infection. I’ve been attracted to the way the concept of occupational hazard indicates an inevitable intersection between our work—and by “work” I mean any mechanism we have found for getting through life emotionally, spiritually, financially—and the compromises or risks inherent in it. Things catch up with us, after all. We eventually find ourselves on the grim spectrum that runs from dire consequence to thoughtful reflection.

The narrator of “Rock Springs” is crossing the country on I-80 in a stolen a Mercedes, the latest spoils of a string of small, non-violent crimes that have supported him during the many times he has found himself waiting for his luck to change. I can tell you that it’s very hard not to feel optimistic when you’re crossing the country, and this forty-something has himself a luxury auto, a willing girlfriend, a charming daughter and a small, friendly dog. He’s escaping a few bad checks he’s passed, headed to Florida, where he knows people. When you’re crossing the country, and your car’s running well, each day feels like a complete unit of progress—the next gas station, a room for the night, satisfying meals eaten while gazing out plate glass windows at a beautiful, anonymous sky. But when your car breaks down, as the Mercedes does, there’s nowhere lonelier or more helpless than an interstate. And when the interstate runs near a gold mine, there’s nothing more discouraging than its demonstrated inaccessibility. (I love how Ford literalizes the metaphorical, here and elsewhere.)

It’s hard not to pull for a guy like Earl; his voice is persistent with hope…or self-delusion; I’m guessing his kind of personality, when not crippled by that wicked combination of mania and depression, has propped up successful visionaries. Earl’s plans don’t work out—ever, it seems—but he makes them! Someone, somewhere has probably called him lazy, or has accused him of considering himself too good for regular work. In fact, the story contrasts Earl’s shifty optimism with the hardworking African-American family who lives on the mine property in one of the mine trailers. They have earned their job security, but they live in a park of identical white trailers under the deep hum of the plant, a creepy effect that Earl makes clear he could never suffer.

Like every dishonest person, Earl is also honest much of the time. What’s more, he’s introspective about honesty’s “function”: “The truth is meant to serve you if you’ll let it, and I wanted it to serve me.” He’s also courteous to a fault, with a generous responsibility toward those he loves, like his daughter, and to some extent, his soon-to-be-ex-girlfriend. In Earl’s voice lies the story’s biggest delight, common to many first-person narrators—the tension between what is articulated for us and what lies in the character’s blind spots. The more articulate and aware a narrator is, like Earl here, the more profound the blind spots are allowed to be. And when his strengths and his blind spots feel familiar—the compulsion to imagine alternate lives, for example, to prop them with cars and set them in towns where you used to live, or landscapes you’ve seen only from the dashboard—when the blind spots lodge over what could be called the occupational hazards of writing fiction, then you might find yourself returning to the story for a hint of the kind of reckoning you can expect if you haven’t experienced enough of it already.