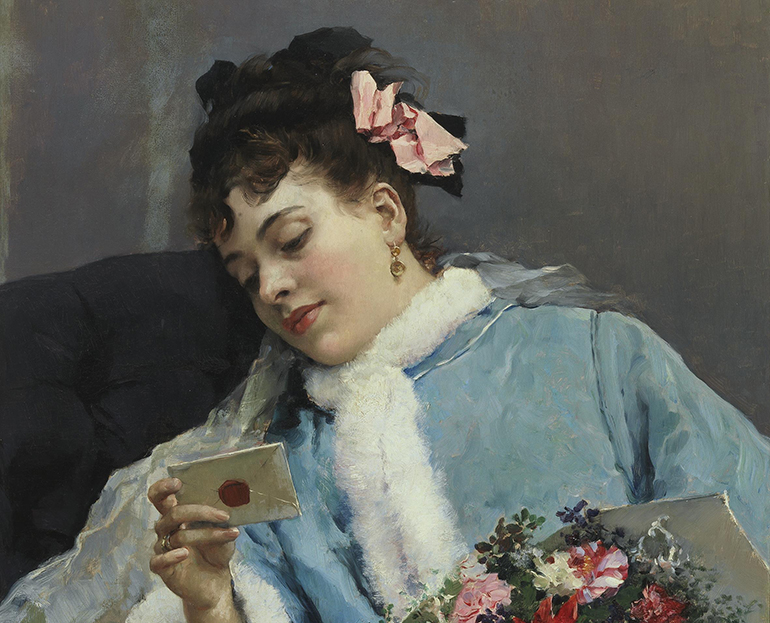 The opening of Cynthia Ozick’s five-part essay on infatuation crackles with transgressive energy from its first line. “Lovesickness,” published in her 2000 collection Quarrel & Quandary, begins: “Once, when I had already been married for a time, I went to a friend’s wedding and fell in love with the bridegroom.” This isn’t what one is supposed to feel at a wedding, but the emotion Ozick goes on to describe—an obsessive desire for a person one doesn’t know, and will likely never have a relationship with—is familiar. The language of the essay is sensual, playful, funny, and confessional. The piece defines unrequited desire as having a purpose separate from married love. Lovesickness of the kind Ozick describes is intimately linked with language. The essay, both in content and form, suggests that the beauty and purpose of infatuation is in its generation of language, a purpose particularly fruitful for a writer.

The first part of Ozick’s essay tracks her infatuation with the bridegroom. The infatuation—which she describes as “an incursion, an invasion—a possession, like that of a dybbuk”—quickly focuses itself on the bridegroom’s hand. After the wedding, the bridegroom sends a perfunctory postcard from his honeymoon, and the essay’s narrator becomes obsessed with his handwriting. The language at this point becomes precise and specific. She “examined its loops and troughs, the blue turns of ink where they thickened and narrowed.” Though rationally she knows the card was likely dashed off at his wife’s urging, in the secret mental space of desire, the narrator looks at the card again and again. The language Ozick uses to describe it becomes feverish: “it was as if the letters of each word were burning, as if the air above and below the letters were shuddering in an invisible fire.” But the narrator’s obsession centers not on the content of the bridegroom’s words: it’s the shape of the letters, evidence of the bridegroom’s hand, that consumes the narrator. “They were the new husband’s nerves, they were vibrations of his pulse, his fingers’ pressure, their most intimate mark. . . . I wanted to get into that hand—to become it, to grow myself into its blood vessels, to steal its fire.” What the narrator ends up doing is, by her own description, “both meticulously focused and rapaciously mad.” She painstakingly traces over the postcard’s text with her own pencil, spending days on the project. The narrator humorously compares herself to “a Torah scribe.”

Although Ozick is describing romantic obsession, her description is also an apt metaphor for the process of writing. There is something that moves the narrator about the image of the bridegroom, about the character she’s constructed for him. The impression is so strong that she has to capture it in some way—and she captures it through a deliberate and painstaking act of transcription. What lovesickness generates, it seems, isn’t actual intimacy with the object of desire, but the drive to capture and represent the quality of that desire. In the second part of the essay, Ozick presents a second example of lovesickness: the narrator’s infatuation with a professor prompts her to send him love letters under a pseudonym. In the second and third parts of the essay, Ozick describes the experience of being the object of infatuation: the boys who court her do so with poems, novels, and records.

The language of the essay itself reinforces this link between infatuation and imaginative language. When writing about lovesickness, Ozick layers similes and metaphors, mixing the language of modern life and folktale: “Or it was like what diplomats call an ‘intervention,’ an intact sovereign tract subjected without warning to military fire. Or it was a kind of spell, the way the unearthly music of a fairy-tale pipe casts a helpless enchantment.” She links infatuation directly with creative recklessness: in a telling simile, Ozick describes lovesickness as “wily and reckless, thrusting itself into the world like a novelist on the loose.” Ozick describes the contradictions of lovesickness—at once “the way of exactitude and scrupulous discrimination” and “wildly undeliberate, zigzag, unpremeditated, driven, even loony.” She might as well be describing the balance that must be struck in good writing between precision and feeling.

I was looking for your hair,
black as old lava on an island
of white coral. I dreamed it
deserted you and came for me,
wrapped me in its funeral ribbons
and tied me a bow of salt.

In the same way that Ozick’s narrator wants to “become” the hand of the bridegroom, Cervantes’ speaker fixates on a small, physical element of the poem’s addressee. That element then takes on almost mythical significance, and is represented in the language of myth. The object of the speaker’s desire isn’t specific: “My intelligent mammal, male / of my species, twin sun to a world / not of my making, you reduce me / to the syrup of the moon.” Again, infatuation isn’t about intimacy but about rapture and possession. The poem’s last lines are plainspoken and full of yearning: “if only you were a stone I could / throw, if only I could have you.” Here the object of desire is transmuted into a literal object, much in the way Ozick’s narrator transcribes her desire into an inanimate, written text.

The shortest section in Ozick’s essay is the fifth and final one. This section isn’t devoted to infatuation. It’s devoted instead to “a young man whose eyes were not green, who inspired nothing eccentric or adventurous, who never gave a thought to brooks and lilies or death and transfiguration.” Instead, this man begins, “with awful consistency, to bring presents of marzipan. So much marzipan was making me sick—though not lovesick.” In the course of two brief paragraphs, the narrator admits she never saw the professor or the bridegroom again. She also admits that she married “the marzipan provider.”

Tenderly, masterfully, and with subtle humor, in the essay’s brief last section Ozick contrasts infatuation with love. Neither is diminished; each emotion appears fruitful and exhilarating in its own way. If anything, the difference Ozick suggests is that one generates wildness, generates language—and that the other welcomes its occasional, peaceful absence.

This piece was originally published on January 14, 2020.