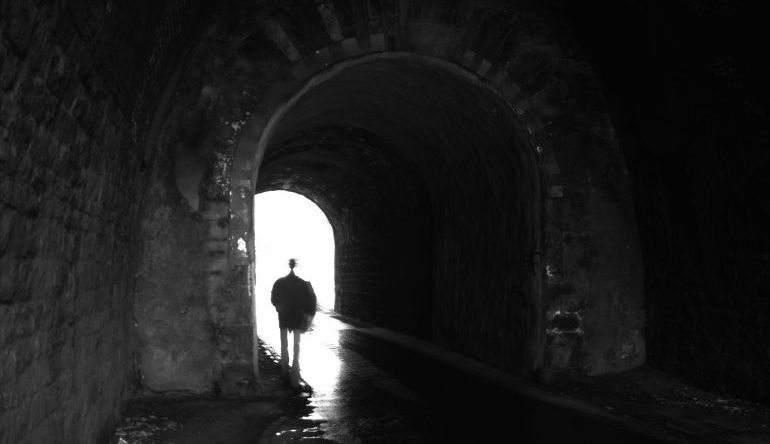 In the final chapter of Sylvia Plath’s The Bell Jar, Esther Greenwood, the roman à clef’s protagonist, finds herself at at the funeral of her rival and friend, Joan. Joan is two years older than Esther, attended the same school and church in Esther’s hometown, and dated Esther’s boyfriend before the novel begins; she serves as a sort of psychological double for Esther, eventually joining her in the same asylum. It is at Joan’s funeral that Esther narrates the line that has ended up on the Tumblr pages and as first tattoo of many young girls who have found kinship with the character: “I took a deep breath and listened to the old brag of my heart. I am, I am, I am.”

Maggie O’Farrell’s recent memoir takes its title from this allusion. I am, I am, I am tells the story of the author’s life through seventeen near-death experiences. The chapters are organized by the body parts threatened during each close call—neck, lungs, circulatory system, cranium, intestines, and so on—and each acts as a self-contained essay that, taken together, combine into an emotional arc and a heartbreaking conclusion. The episodes range in intensity from a car that swerved as O’Farrell ran across the street as a child—easily brushed aside, leaving no lasting imprint—to amoebic dysentery the author picked up while traveling abroad, far from medical intervention. Between these essays O’Farrell finds connective tissue and significance in moments that vacillate between head-shaking and heart-stopping.

Early on she writes,

There is nothing unique or special in a near-death experience. They are not rare; everyone, I would venture, has had them, at one point or another, perhaps without even realising it. The brush of a van too close to your bicycle, the tired medic who realises that a dosage ought to be checked one final time, the driver who has drunk too much and is reluctantly persuaded to relinquish the car keys, the train missed after sleeping through an alarm, the aeroplane not caught, the virus never inhaled, the assailant never encountered, the path not taken. We are, all of us, wandering around in a state of oblivion, borrowing our time, seizing our days, escaping our fates, slipping through loopholes, unaware of when the axe may fall.

Seventeen escapes from death sounds excessive until you realize, over the course of the book, that the body and its processes are cascading—when one thing is amiss, is can throw off the entire ecosystem. O’Farrell’s childhood encephalitis at age eight, for example, meant two things for her: that she has had lifelong complications, and that it made her view her life afterwards “as an extra, a bonus, a boon.” Some near misses are a result of one or both of these realities: she hemorrhaged giving birth since her contractions were not strong enough to push her three children out, for example. One particularly harrowing chapter describes O’Farrell realizing her intestines are coming out of her during this process, dimly aware that as her baby lives, she is losing so much blood she might not ever get to hold him.

Some chapters are more chilling in their randomness. A man in the opening chapter wraps his binocular cord around O’Farrell’s neck when she’s alone on a hike, and two weeks later the police show up to question O’Farrell about the man, who had murdered another woman by strangling her with his binocular cord. “Death brushed past me on that path,” she concludes, “so close that I could feel its touch.” But then O’Farrell’s post-encephalitis recklessness allows her to throw herself into the ocean on a dare one night of her adolescence, and she realizes, too late, that her spatial orientation under water has been compromised by her childhood illness, the parts of her brain responsible for movement, balance, and depth perception. “If you are aware of these moments,” writes O’Farrell, “they will alter you.” Although we know she makes it out of each chapter alive, it is the how and why that propel the memoir forward.

Like Plath, O’Farrell is keenly observant of the vulnerabilities of being a woman, sometimes fragile and always strong, and surviving our lives against all odds. Borrowing her title from The Bell Jar, O’Farrell recalls a young woman who realizes that the veil that separates life from death is thin and easily pulled aside. Esther Greenwood, at the funeral of someone so similar to her in so many ways, realizes what separates them: one is, the other is not. O’Farrell spells out the inevitable wisdom we acquire when we are pulled, or pull ourselves, back from the brink.“These experiences always take up residence inside us,” she said recently in an interview on Fresh Air. “We’re different people afterwards. We’re wiser, we’re a little bit sadder — but also we value what we have.” But still, we are.

Tags:I am I am I am, maggie o'farrell, memoir, near-death experiences