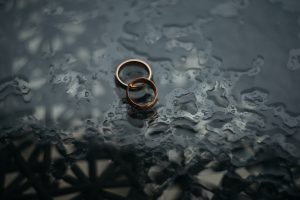 Many will have read about Alabama senatorial candidate Roy Moore, who stands credibly accused of multiple instances of sexual assault against teenage girls. One of the more perplexing stories arising from the accusations against Moore, and his ongoing denial of the charges, is that some members of Christian fundamentalist communities have argued that it’s entirely appropriate for older men like Moore, who was sued by the ACLU for his refusal to end a practice of pre-session prayer when serving as a circuit court judge, to date and marry 14-16 year old girls.

The Christian fundamentalist rationale for the belief that it’s not only acceptable, but preferable for girls to marry so young is that entering wedlock with a man, submitting to his authority as the head of the household, calling him “Lord,” and focusing on his needs and the needs of the household above her own, will spare young women from “sinful” acts down the line. In such a framework, women of any age should even live in their fathers’ households up until the point of marriage, so that a male head of household is always in place to stave off opportunities for sinful behavior or misplaced priorities.

Sprint’s sermon was a particularly restrictive bit of sophistry, and Chudliegh was not shy in calling him out for it. The sermon, The Bride-Woman’s Counseller (1699) is an exposition of I Corinthians 7:34, which reads: “But she that is married careth for the things of the world, that she may please her husband.”

Sprint takes this line as an impetus for expounding upon the belief that the duty of a wife is fundamentally to please and obey her husband above all other worldly concerns. Sprint commands wives to view their husbands as lords, arguing that “the love of a husband does very much depend upon the obedience of a wife.” For Sprint, “a good wife should be like a mirror which has no image of its own.” And the reason for this is because, for Sprint, “women are of weaker capacities to learn than men,” and the purpose of a woman is “to be serviceable and helpful unto man.”

Imagine, for a moment, hearing these views delivered in celebration of a marriage—as The Bride-Woman’s Counseller was, after all, a marriage sermon.

Understandably, then, the poet Mary Chudleigh was furious with Sprint’s sermon, not only because of what it said, but because it represented shoddy scholarship and flawed reasoning on his part. We know that the sermon roused Chudleigh’s ire, as she expressed as much in a letter to her friend Elizabeth Thomas, a member of a circle of feminist correspondents, bemoaning “the malicious censures of invidious detractors, of men, who think women cannot be obedient wives, without being slaves, or pay their husbands that respect they owe them, without sacrificing their reason to their humor.”

Chudleigh’s lengthier response to Sprint’s sermon—a clever and searing verse dialogue called The Ladies Defence (1701)—ridiculed Sprint in the character of a hotheaded and irrational parson, using the character Melissa as a mouthpiece for her arguments against Sprint. Perhaps the most compelling lines of Chudleigh’s response come when she points out the hypocrisy of men like Sprint, who take a high-minded and pious stance to reinforce their own power and self-interest, and only get away with it by twisting the facts and mischaracterizing themselves and others. As Chudleigh writes of Sprint’s euphemistic view of the merits of men and the flaws of women:

We have our Faults, but you are all Divine,
Wisdom does in your meanest Actions shine:
Just, Pious, Chast, from every Passion free,
By Learning rais’d above Humanity.
For every Failure you a Covering find;
Rage is a Noble Bravery of Mind:
Revenge, a Tribute due to injur’d Fame;
And Pride, but what transcendant Worth does claim:
Cowards are Wary, and the Dull are Grave,
Fops are Genteel, and Hectoring Bullies Brave:
Such as live High, regardless of Expence,
Are Generous Men, and ever bless’d with Sense:
Base Avarice Frugality you call,
And he’s a prudent Man who grasps at all

We can see here how attuned Chudleigh is to Sprint’s sophistry, calling out the tendencies of men to frame weaknesses—their “meanest actions” and traits—like rage, cowardice, and bullying in grandiose terms, as “noble bravery of mind,” “wariness,” or “bravery.” As Chudleigh understands it, Sprint’s sense of the superiority of the male intellect—and thus the right of men to rule the household—is a shell game, a fraud. By exposing the faults in Sprint’s logic—and thus exposing the emptiness of his claim to superior rationality—Chudleigh undercuts the entire argument for wives as slaves, for Biblical patriarchy.

Crucially, Chudleigh was not alone in her view that Sprint’s sermon was a misrepresentation of both scripture and nature, and thus a poor model for marital relationships. When The Ladies Defence was published, women rallied around Chudleigh as their “defender,” the very way her poem characterizes Melissa. Chudleigh’s friend Elizabeth Thomas wrote her back in solidarity, declaring her desire to “renew my thanks for that elegant defense you made for us.”

The “us” in Thomas’ sentiment is a powerful word, then, because it reflects a common understanding that the terms Sprint was prepared to impose upon wives were unacceptable, and that Chudleigh had spoken movingly in The Ladies Defence for more than herself alone.