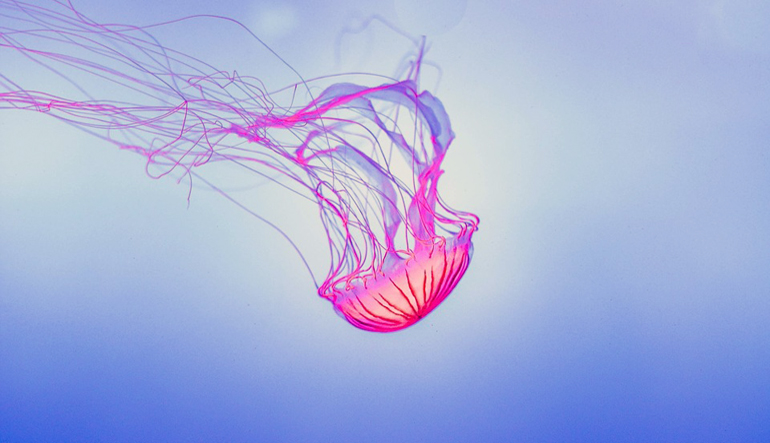 In Vi Khi Nao’s Fish in Exile, Ethos and Catholic are grief-stricken at the deaths of their infant children. It is Catholic, however, between deciding to tie her tubes and her husband’s fixation on her reproductive organs, whose body undergoes substantive change and becomes directly conflated with trauma and death. When Ethos’s mother arrives and relays her cannibalisitc, incestuous desires, the mythological, metaphorical, and monstrous aspects of the maternal body are further expanded upon with vibrant, lush poeticism resulting.

How does one bear the death of a child? And how does their death reverberate back through the body that birthed them? Vi Khi Nao’s Fish in Exile pursues the textures of grief and the long-term aftermath of trauma, an aftermath we see take its toll on the wounded, exilic maternal body. As Catholic grieves the loss of her children, and Charleen, the loss of her grandchildren, their bodies register this grief in extreme, ethereal ways. The imagery resulting is deeply strange—often disturbing—but relays the unhinged, illusory landscape the bereaved find themselves inhabiting.

As a father, Ethos is no less estranged in his grief or in any way immune to the rich symbolism that suffering garners—we see him pack the crotch of his underwear with flowers—but Catholic deflates her reproductive organs of their function, and seems determined to bear out the loss of her children at the level of corporeal change. As Hilary Leichter observes, this is “a novel of mourning in the most active sense.”

In tying her tubes, Catholic might be read as attempting to cut off grief at its source, to make herself and the scope of her suffering smaller: “Now that I can’t give birth to anyone anymore, I feel I am truly receding.” After the surgery, she bleeds violently, her body “like a wound.” The extended, blood-steeped impact of her bereavement becomes a symbolic miscarriage that Ethos desperately attempts to remove from the sheets; “I scrub the macerated ponds with all my might.” If “the floral mucilage is exonerated,” perhaps Catholic will bear children again—perhaps even bear their deceased children again.

Though often poetic, as when he tells her “I dreamt your placenta was packed with blueberries,” Ethos’s fixation on his wife’s womb is also objectifying, as when he conflates her pelvic floor with the ocean their children disappeared inside of:

I listened for Abby and Colin, adrift in the embryonic moon pulsating like a song.

Indeed, it sometimes seems that the intensity of Ethos’s longing, his correlating Catholic so closely with mother, sees her body, her very flesh, bristle and resist:

My eyes try to retrieve something from between her legs . . . Two droplets of maroon liquid descend her thighs.

Catholic’s reticence around motherhood, her lack of vigor and sexual longing, is answered by the arrival of Ethos’s mother, Charleen. While Catholic ensures she will never hold children inside herself again, Charleen is the monstrous mother of ancient myth and modern psychoanalysis—the maternal mother that seeks to consume what she has birthed.

I would pin my son here if I could.

It is a shame I can’t have sexual intercourse with my son.

Sex is but one way Charleen would like to consume flesh. Watching her son decline to eat fish from the ocean in which his children drowned, she muses:

He may have had a horrific awakening: perhaps this haddock has sampled Colin’s lungs or Abby’s spleen. He may have realized he didn’t want to be part of the food chain his children were on . . . I ate the whole thing, child-eater that I am. I am the grandmother that turns to cannibalism for closure . . . I took my grandchildren into me.

The mythological tenor of the book pulses strong in such passages. Grief begs the illusion of control and containment, and the archetypes and images conjured by myth might be read as marking the contours of all-consuming loss, exacerbating and making emphatic its proportions. Katy Mongeau observes in an interview with Nao that the most compelling element of myths is “the intersectional relationship between grief and desire,” and with Charleen the two are compressed and confused. Unable to comfort her son, she seeks to draw him back inside of herself, like a mother cat eating her sickly kittens.

Grief happens this way, doesn’t it? The mind is unable to cope, so it places its burden on the body. The body, naturally, can’t hang on. I must find an outlet in ecstasy.

Catholic and Ethos, grown accustomed to the strangeness incited by grief, aware that the “reality” following trauma is not to be trusted, are unperturbed by Charleen’s behavior. As Catholic has removed herself from her “biological destiny,” Charleen is desperate to affirm her own altered status—as a monstrous figure that must be admonished:

CHARLEEN: I did lust after you, son. It’s the truth. You shouldn’t make excuses for my bad behaviour.

ETHOS: It’s okay, Mother. Everything is going to be okay.

Because my son isn’t willing to condemn me immediately. I must find someone who will. His wife, perhaps. Yes, it’s time for her to eat me alive.

Catholic suggests there is a texture to womanhood exacerbated but ultimately unsubsumed by the maternal, and that shows itself starkly when conjoined with grief. It is this texture, the symbolic and corporeal extremes “woman” assumes, the particular shapes trauma makes when it moves through female flesh, that imbue the prose with its delicious, discomfiting strangeness:

Tears overflow and my eyes drip onto the sheets, mixing with . . . Catholic’s menstrual pigment . . . I drive the brush back and forth, thinking the sheet is a coffin or two . . .

In their respective desire to consume and refusal to reproduce, Charleen and Catholic’s bereaved maternal bodies manifest their loss and distress to different extremes. Who knows, after all, what will prove conducive or necessary to the process of grieving? Particularly, what that process means for a woman whose body is materially entwined with the bodies that have expired.