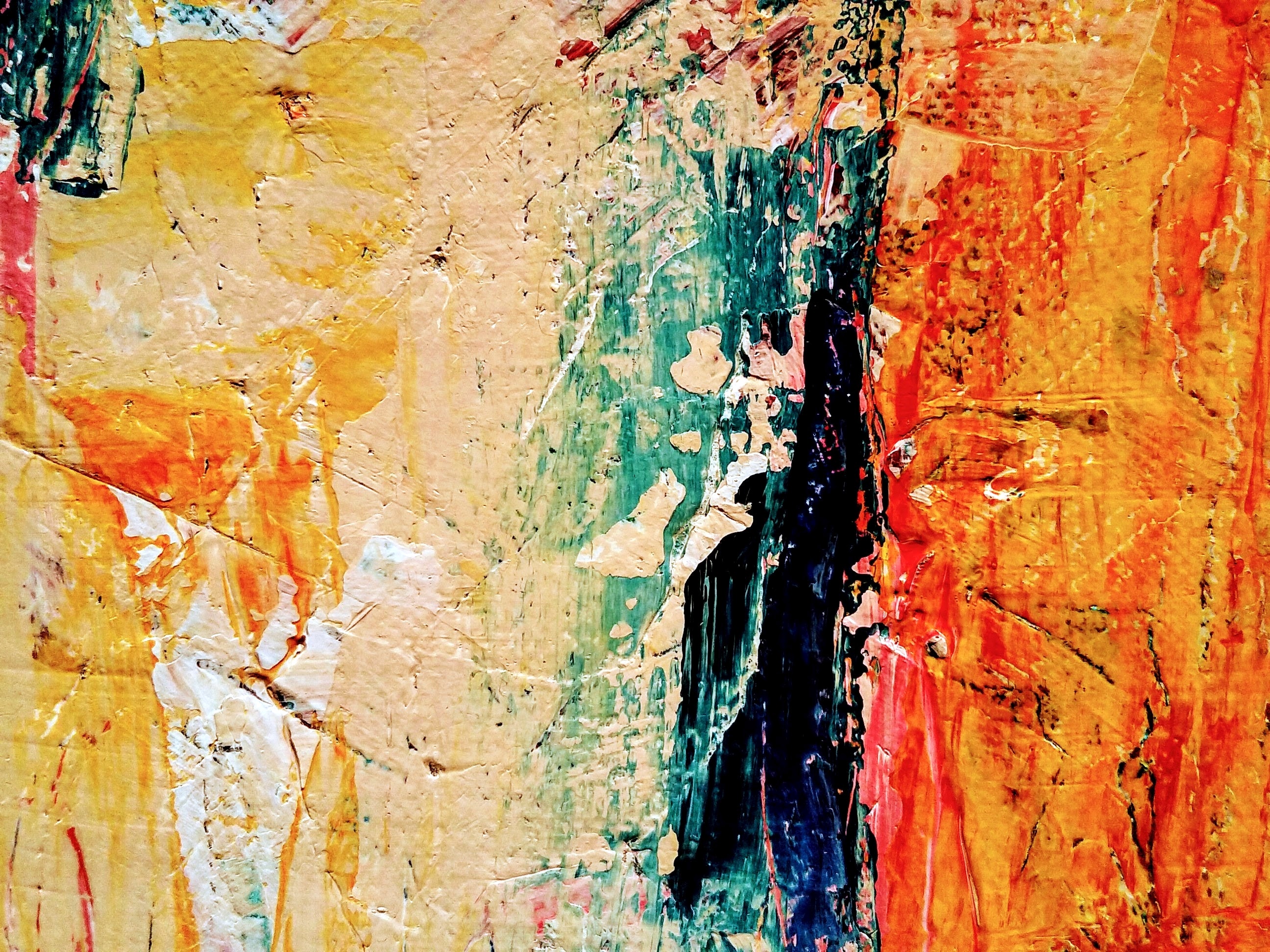 I began my public blogging career (brief though it may be) last week with “Start with A”, suggesting that teachers of poetry—who are frequently poets—might want to begin at a more basic level than many of us do. That included beginning with the literal level of a poem, because we’ve all seen bewildered students, or bewildered teachers (or, on occasion, our bewildered selves) trying to comment on a poem before grasping its literal level, and descending to such doleful depths as, “this poem offers a kind of meta-reflection on the shadowy nature of human experience.”

But what about the poetry where the literal level isn’t clear, maybe never become clear?  Let’s slide over the host of iconic Great Names whose difficult virtues no reasonable soul could dispute, and think for a moment about reading and teaching (and maybe writing) poetry that’s just…difficult.  Maybe good, if the reader can get far enough, but presenting so many obstacles that the reader may never be sure.

Perhaps it begins mid-thought and (unlike Ulysses) never returns.  Maybe it has no title, or a title unrelated to anything in the poem, possibly involving fall produce.  Maybe charms of the surreal (which in moderation are considerable) have caught the poem by the throat and shaken it like a dog with a woodchuck, with similar results.  Maybe there’s an opportunity for an enlightening epigraph, which has unfortunately gone unseized; maybe the abstractions outnumber the concretes; maybe the poet has just been reading Derrida and decided that there’s no time like the present to write a poem performing the more elusive aspects of “Structure, Sign and Play.”  It would be tacky to name names, but just take a moment and think of the last poem you found spectacularly resistant to coherent interpretation at the literal level—in a workshop, at a coffeehouse reading, maybe in a literary magazine with an impressive name attached.  Where doesn’t matter.

What matters is the other side of the Start with A equation, which is that for Start with A to be helpful, the poem needs an A.  That is, I’m proceeding from the belief—a truism from some angles, an affront from others—that poems have a responsibility to make their literal level as clear as they can without reducing the poem’s complexity.  The poem that’s carelessly more obscure than its content demands, or, worse, deliberately more obscure:  by all means read it if you love it. Write a brilliant article about it.  But I’d argue that that’s the poem there’s no point in teaching.

If you’re poising your keyboard fingers for protest, remember that I’m not saying the literal level has to be obvious.  Clear and obvious are no more identical than good and difficult. I’m not saying it has to be immediately clear to the most casual passer-by, or so utterly transparent as to eliminate the reader’s responsibility, which is real; nor that the reader shouldn’t participate in the poem’s overall meaning, which, like any performance, changes slightly with every audience.

But if the reader’s anyone but the poet herself, her disciples, or a critic willing to go the distance with the poet, that literal level’s very important.  It’s the point from which exploration of less-literal meaning begins, and for this reason, if the non-academic reader matters, the literal level should not so utterly oblique, interior, or narcissistic as to totally abandon the author’s responsibility in the joint creation of meaning.  A reader is not bourgeois or contemptible for wanting a place to take hold (even an artificial one—in a work of artifice, how could it be otherwise?)  If the writer doesn’t accept that responsibility, reader and teacher and student are lost together in the endlessly-same wheat fields of reader response (and of less-principled students copping out with “I’m entitled to my opinion.”)

If there’s a responsible reader, someone willing to give a poem a fair try and a little time…well, first we might buy that reader a beer, because she’s doing more for the poet than most people ever will.  (If you’ve been that reader for me, send an e-mail; we’ll talk beer.)  But supposing such a reader, I’d argue that the literal level of the poem, the what-happened-here should be there to find.  If the reader identifies a subject, a verb, some sentence structures, she should be able to find answers to basic questions about what, in fiction, would be plot:  was there a breakup?  a meditation on collective bargaining law?  did someone look at X, remember Y, and come to conclusion Z? (Those “and then I remember…” signals are trouble brewing, but the poet gets points for trying to give the reader a hand.)  Is the poet performing some working of his or her own mind?  Looking at a squirrel and making a few springing bounds toward Cleveland?

The reader (especially the less practiced reader) needs to know these things before going further—toward a figurative level, an allusive level, a sonic level, toward figuring out just what the poet got from those stepped lines that must’ve been such an ungodly hassle for the unlucky soul who got to stay up all night subduing InDesign to the poet’s will.  The literal level is the beginning place.

Willfully hiding that place from the reader…well, it’s amazing that it happens at all, that writers seeking to communicate would choose ever obscurity over (relative) clarity.  Mostly, I think, we don’t:  we want to be heard and understood, and when we’re not, it’s because content required a complex or difficult approach.   As Ursula Le Guin said, “No singer chooses silence.”  But it does happen, and eschewing that literal level, choosing obscurity:  that’s not subtlety, or complexity, or fruitful ambiguity, any of those good things.  It’s not the hallmark of genius (cf: Frost, who managed quite a respectable dose of subtlety, complexity, and ambiguity in conjunction with a literal level so clear that his poems were actually popular—an achievement at which some sneer, but which few would refuse.)

Choosing obscurity implies that the poet is so great that readers should be willing to read something they don’t understand at all, in order to participate in the greatness.  Sometimes that’s presumably true (looking at you, James Joyce); sometimes it’s not.  It implies that if readers aren’t willing, then they’re Philistines, not worth the poet’s time. With no clear evidence on which to base a reading, and with only humiliation points for admitting she doesn’t get it, a reader’s damned either way; only broad, vague praise is safe.  Many a student has figured this out long since, and has decided, with the pontifical computer in the eighties movie, that the only winning move is not to play.

So, to end where I began, when the literal level is lost, so are many readers; there’s no A there.  If that suits you, great; readerly joy is a criterion with which no other reader can take issue.  But as teachers, considering how to present those poems to readers who are already convinced they can’t understand?  Sometimes the answer’s surprisingly easy:  don’t.  Just don’t.

The world (and the internet) is awash in poems which let readers read instead of guess, which neither patronize nor bludgeon nor trick.  It’s full of singers who don’t choose silence, or domination. When Gertrude Stein wrote that there was no there there, it was superficially oblique but ultimately intelligible; in fact, there was a there there, if only in the Oakland of Stein’s memory.  If we want uncertain readers to take risks in reading, poems in which the risks lead only to guesses aren’t the way.  If we want to teach a reading process that begins with the literal level, poems with no clear literal level can’t help.

And if the poet cares about readers other than his initiates entering into dialogue with the poem, clues to the literal level are generally there—clues enough for the responsible lay reader, not just the critic playing Auguste Dupin.  If the poet accepts her responsibilities and doesn’t play tricks, careful readers can spot the orangutan, razor in hand (looking at you, Poe.)  In the better case, maybe there is no orangutan there.

This is Catherine’s second post for Get Behind the Plough.