It’s Round 1 of the Ploughshares Fantasy Blog Draft! At long last, the teams take the court. In this case, however, the court is probably just whichever empty classroom the English Department has free. The commissioner strolled down the hall earlier in the hour and saw a free room…a lot of the others are taken. Let’s just stand here for a minute and see if any of the conference rooms free up at the top of the hour. They have more comfortable chairs.

…At any rate, imagine yourself inside an English classroom at your average university. It’s either too hot or too cold, a little muggy or has air dry enough to suck the juice from your brain. The teams sit in a line of desks facing each other, and one at a time, genre-by-genre, they stand and battle! With words!

You get to decide how this fight ends! This week Justin Alvarez’s Leave it to Cheever takes on Benjamin Samuel’s The Mighty Duck Palahniuks. And to give you the talking points on the match-up, the commissioner is joined today by the Ploughshares blog editor, Andrew Ladd.

Commish: So how do you see these two teams matching up? 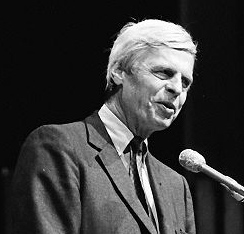 AL: To me, the biggest upset here is Justin Alvarez’s Judas move. The rumors around the locker room are that Justin actually works at the Paris Review, and if I’m not mistaken he had the very first draft pick of the competition, too… And yet who has Plimpton at the top of their masthead? Electric Literature’s Benjamin Samuel’s The Mighty Duck Palahniuks! If Plimpton’s ghost really is still hanging around, I think Leave it to Cheever should be prepared for plenty of Plimptonesque poltergeistery. The only way they could have invited more sabotage would be spinning a Beastie Boys single. 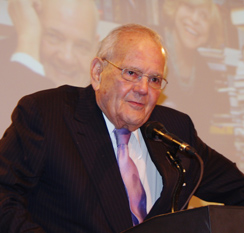 Commish: The editor match-up is interesting, too, because Plimpton and Robert Silvers are old foes from their expat days in Paris; Plimpton actually gave Silvers his start with editing at the 8 rue Garancière Paris Review offices. Plimpton has the hair and height advantage—he stood 6’4’’ and maintained a moppy frock well into old age—but Silvers stands on the New York Review of Books’ serious history of exposing corruption and hypocrisy. Plus the NYRB has shown it can compete with Plimpton’s playfulness. Overall, these editors are evenly matched legends who were contemporaries of each other. They’ll have to rely on their teammates to get them through the competition.

By the way, Plimpton isn’t the only namesake that Samuel stole in the draft; he also yoinked Vonnegut for his fiction writer out from underneath Brenna Dixon’s Vonnegut to the Chopper! Samuel is clearly a savvy manager, not to mention having a serious knack for trash talk. Here’s what he said at a press conference earlier this week:

If this match-up were a schoolyard scuffle, Justin’s team might stand a chance. But if this were a street fight, my team would blast them with a hadoken so fierce they’d be immediately be skittering back to their stodgy office desks wondering what meme had hit them.

Sure Justin’s crew is erudite, and they’ve probably read Balzac and found meaning in Finnegans Wake—but my crew has more than just party tricks for a fancy writer party. We’ve got verve. We’ve got humor. We’ve got tenacity and actual life experience (except for Emily, but she’s finally coming out of her shell).

AL: Yeah, to me this is the clear advantage that The Mighty Duck Palahniuks have over Leave it to Cheever: I’ve actually heard of everyone on their team. This speaks as much to my ignorance as it does to Leave it to Cheever’s highwire, highbrow draft strategy—and of course, Vonnegut, Herzog, Dickinson, and Plimpton are hardly Kanye and the Kardashians. But I can’t help feeling that this is shaping up to be an Epic Battle of High Culture versus Low. And I think we both know, Mr. Commissioner, that literary culture is renowned for taking a pummeling at the hands of popular culture. Besides, in a competition like this, popularity and accessibility really matter. On the internet, nobody can hear you scream—unless you’re a huge name with a lot of Twitter followers.

Commish: Speaking of Twitter, Melissa Broder is quietly growing a very respectable following there. Broder first tweeted in January 2010 and has amassed over 5600 followers on a very efficient 2311 tweets, which is just 1.85 tweets/day. Although she started slowly, over the past two weeks, she is averaging a 32.9 retweets per tweet. This could be critical when promoting these blogs. Having some star power can help.

On the other hand, you’ve gotta love Alvarez’s commitment to his draft strategy of taking “role players.” Paul Carroll is an excellent pairing with Silvers, and Iris Murdoch nicely complements the group. Marguerite Young adds a bit of Modernist unpredictability to the crew without subtracting from the overall sincerity. His Barthelme pick also puts the team in an excellent position to defend against Vonnegut: both were “writers’ writers,” instructors and journalists in addition to fictionists, and some have argued that Barthelme was the closest of the next generation of writers to Vonnegut.

This isn’t a team that’s going to get accused of being flashy. But will they get the votes? Final thoughts, Mr. Editor?

Readers! Which team do you think should win? Head over to the Ploughshares Facebook page now to cast your vote! (Voting closes at midnight on Tuesday, July 2nd.)