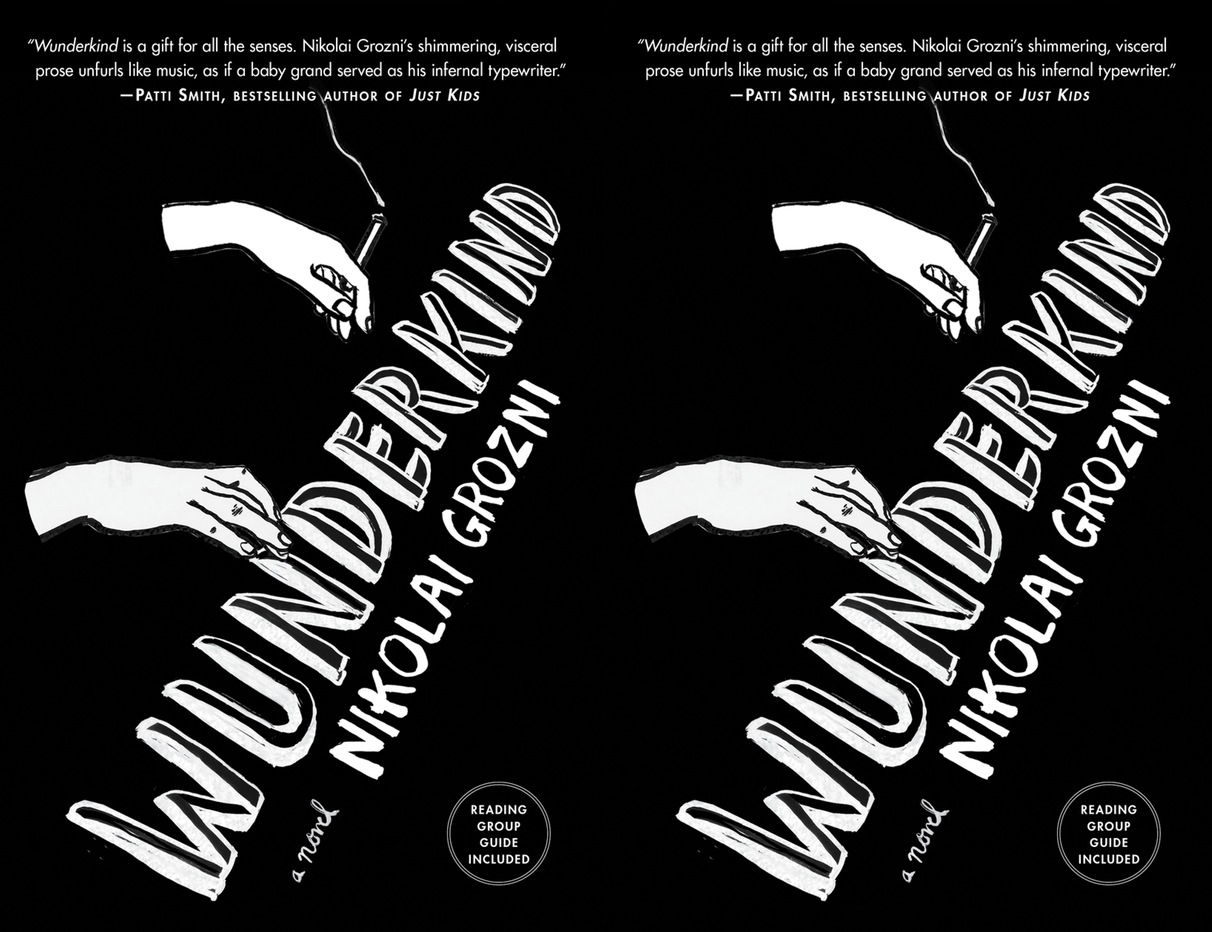 Anger, sarcasm, and longing fuel Nikolai Grozni’s autobiographical novel Wunderkind, set in the late 1980s in a communist Sofia that is stony, backlit red. Crows and ravens populate a landscape overwhelmed with death; necrologies are tacked to trees and walls; and the embalmed corpse of Georgi Dimitrov, Bulgaria’s first communist Premier, looms in the background.Konstantin, the protagonist and a fifteen-year-old piano prodigy, is at the perfect age for this story teetering on revolution, and much of the story hinges upon the demise of his principal at the Sofia Music School for the Gifted. In response to this oppressive atmosphere, with hormones ablaze, the students of the Music School drink, smoke, cut class, and screw each other in practice rooms and in the school’s attic—almost constantly, it seems.

Two men serve as potential role models for Konstantin: Igor the Swan, a chamber music teacher whose mad ramblings seem sane compared to the blind rule-following of those Konstantin calls “robots” and “ghosts”; and Johnny, a former painter who has dropped out of society completely and shows Konstantin life in Sofia’s catacombs.

The catacombs are fantastic. Fairytale and mythological elements are strewn throughout, and mingle with exuberant multisensory explorations of music that lead us eventually to a silvery underworld. (For example: “the art of keeping rhythm […] was a magic act on par with stuffing elephants into a bottle or catching the milky way in your hand like a firefly.”) If, on a few occasions, descriptions seem over the top or maudlin (e.g., “Clouds came to Sofia to die.”), it is helpful to remember that Konstantin is a teenager and, as the story escalates, his dire situation in this oppressive society becomes more and more apparent.

The novel’s most compelling creation, however, is Konstantin’s uncle Ilyia:

Iliya was here incognito, a dignified translator working for the American Embassy in downtown Sofia, who had accidentally slipped into the tunnel of time and emerged at the other end, forty-four years later—disheveled, wrinkled, unemployed, yet unbent, the same stoic spark in his eyes. He was an older, agnostic Dante who’d toured the hells and returned home without ever catching a glimpse of the gardens of paradise.

Iliya tells Konstantin about life before communism and about his horrific decades imprisoned in concentration camps. His stories of immense brutality (beatings, executions, corpses fed to pigs) beg the obvious but apt questions of why and how human beings commit so many cruel and senseless acts—and those questions, posed here among beautiful classical music and Konstantin’s wanderings through the city’s many enchanting layers, seem starker and more essential than ever.