Home
»
Uncategorized
»
Not Unlike… 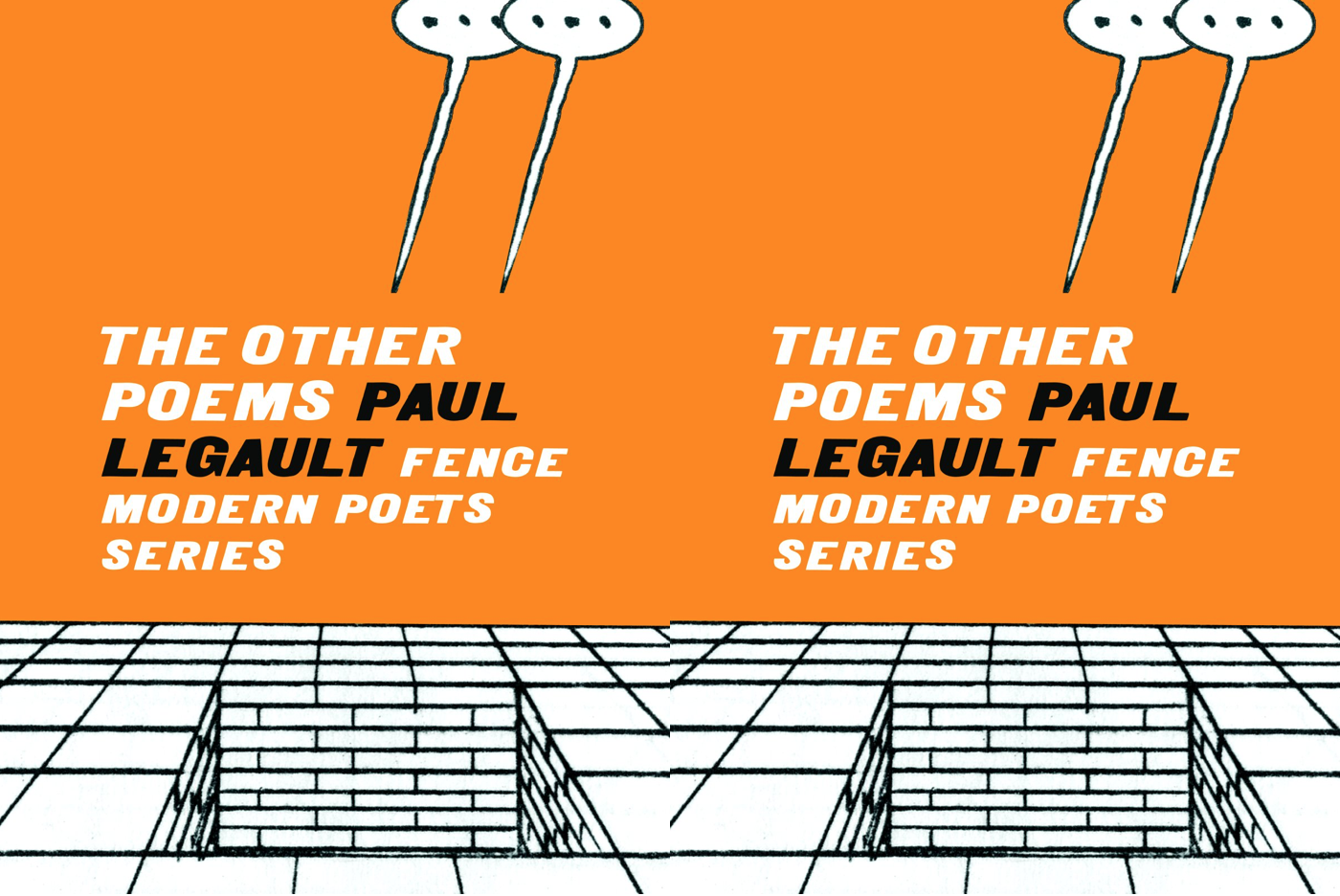 Editor’s note: P. Scott Stanfield holds a Ph.D. in English and teaches literature at Nebraska Wesleyan University. Recently, I challenged him to see how many references to other works and artists he could make in a single 500-word review. He gets one point for each, or two for any he hasn’t used in a previous column. Last month’s score: 16;this month’s score: 22.

Paul Legault’s volume The Other Poems contains seventy-five fourteen-line poems… creating the opportunity for me to rack up a good many of Andrew’s points by listing other poets who have compiled books of sonnets, but that would be too easy. Besides, Legault’s sonnets occupy a category of their own, defined by constraints other than those of rhyme or meter, making The Other Poems less like Sidney’s Astrophil and Stella (you won’t begrudge me one, surely?) than it is like books that thoroughly explore the possibilities of a poetic form created expressly for the book itself: Jon Woodward’s Rain, Rusty Morrison’s The True Keeps Calm Biding its Story, or (in another vein) Katie Degentesh’s The Anger Scale.

The Legaultian sonnet is in appearance a playlet, with a prologue or keynote proclamation of two lines, followed by twelve lines of dialogue apportioned among (usually) seven speakers; the first three speakers get one line apiece, the fourth gets five, the fifth and sixth again one apiece, the seventh and final speaker three. Underlying all seventy-five sonnet-playlets is a schema, spelled out at the end of the volume. The first speaker’s speech is a “statement of personal action,” the second’s an “apology,” the third’s a “counter-statement,” and so on to the seventh, whose speech is “directions / on how to place the verbal processes / in relationship to the reader’s final adjustment of the text.”

This underlying schema, however, rarely generates (even on re-reading) any strongly felt coherence in the poems. And that is all for the better – they please mainly by seeming to be made of free associations, impulses, and sheer chance. They have some of the freewheeling lyrical anarchy of Jack B. Yeats’s plays, or the insanely comical, too little known short surrealist plays of Ring Lardner (“I Gaspiri,” “Clemo Uti”). The poems are at their best when they range most wildly across tonal registers, going from slapdash dada to bare terror in the space of a few lines:

O: The trees can gallop.

ALICE: But what’s the endpoint?

HEDDA: My socks are too short.

My dress is alive.

Intriguing as the concept is, frequent as the bright spots are, one might nonetheless wish to have only, say, twenty of the sonnets, and then fifty pages of poems whose strategies and traffic patterns worked differently. Does it seem, of late, that younger poets stand a better chance of getting a book out if, rather than simply presenting their best work, they have a “project”? Do we really want every volume of poetry to be a project? Since at one point Legault quotes the great Kinks song “Where Did My Spring Go,” I feel like asking: which would you rather have on that famous hypothetical desert island, the concept albums Soap Opera and Schoolboys in Disgrace, or Something Else and Village Green Preservation Society?