Home
»
Reading
»
On Scab-Picking and Other Such Transformations 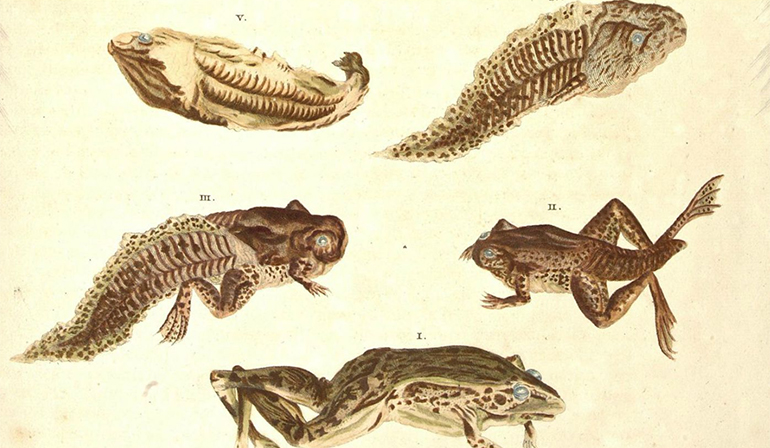 It takes guts to break into new skin. I admit I was a scab-peeler as a child, and still it’s prevalent that plenty of these wounds don’t receive enough saliva when I think I’ve licked them shut like stitches. My parents received the better end of my needle-tongue’s quickest decisions and find this faulty patchwork disappointing, though “definitely not the worst.” Having received the better end of their judgements, I’m flattered that that phrase is the one they’ve chosen. Still, I’m scratching and peeling and licking and healing my way through my 20’s, shedding someone I knew and trying again, again.

This process seems to go by many names, some contradictory—maturing, growing up, managing, fucking up, scraping by, just getting there, just somehow getting somewhere. It comes in many forms too—finishing a piece, performing a song for the first time, making it through the day without losing yourself, making it out of bed at all, calling your parents without arguing, finding that one right word, going on that date, making someone smile, catching yourself smiling too. Small to big, as diverse as cuts and bruises.

In Amber Sparks’s collection of flash-fiction stories titled May We Shed These Human Bodies, this ranges from “not good at being people” to letting “anger fry the face of god.” But how different are those from “growing up” and “fucking up,” really? At the heart of it, the simple matter of learning about the things you can’t control and struggling to control the ones you can come in just as many forms as those things themselves. For Sparks, humanity’s vast range of emotions and possibilities extend beyond reality, taking not only humans but also their qualities through an escapade of fairy tales, fables, and magical scenarios towards discoveries of the inner self, from the roots to the ventricles.

In the opening story of the collection, “Death and the People,” Death is an intolerable man. He’s neatly dressed, but when the people disallow him to take only one person, proposing instead he take none or all, he budges—soon, everyone (like, all of everybody) is in the Afterworld and they all answer to him. But he’s stressed—admit it, you would be a little stressed when the entirety of humanity demands the non-negotiable service of returning to Earth, even after it has destroyed “all the awesome stuff they made when they were alive” as well. And with the Ones in Charge distracted by Mario Kart Wii and Hot Pockets…well, we can give Death credit for building movie complexes and swimming pools and allowing cell phones and make-up, and for eventually realizing that “Even dead, [the people] clung to their sense of what it meant to be living.” Sparks closes the story with the following:

Fruits and vegetables grew like crazy to make the people strong. The water ran clear and cold, skimmed over silver rocks, and poured itself into the people’s hands to refresh them. The animals rubbed against the people’s legs, and the sky made sunshine and plump white clouds to sit under. And the people marveled at their existence and invented language, and the first thing they spoke of was how they came to be.

One enjoyable aspect of Sparks’s flash fiction is her vibrant prose and quick humor, but there’s more to the story than some silly allegory. Death and life are proposed as continuums of one another instead of as opposites. Our everlasting existential crisis of figuring out how we as humans exist in the context of the vast unknown boils down to little more than the fact that maybe the gods really don’t know what’s best for us. Our bodies, our homes, our desires are all unique, and striving for the betterment of our livelihoods together makes us stronger. Sounds optimistic, though I’ll say, I’d prefer if my Ones in Charge spent more time outside. Maybe that’s just me.

The title story, “May We Shed These Human Bodies,” also includes a transformation/retransformation process, stretching readers into the “uncanny valley” and reminding readers how different life is once you’re no longer a tree (akin to Calvino’s dinosaurs gone human in Cosmicomics). The collective We longs for a return to their previous state as humanity does in the first story, but finds themselves in a very different position:

And we learned to sing and speak, and to hunt and swim, and to climb into the branches of trees that were still trees and beg for death. We wept to be so unanchored, but we did not die. We missed the wind’s chattering company, and the clouds’ damp silence, and we sighed to see our animal friends shrink and run before us, and yet we did not die. We grew and changed and multiplied for many ages, until the gods themselves passed out of the world and no one remained who had known us as trees.

The layers of communities reacting within communities, and how those communities will fight and celebrate and mourn and grieve together, confronts readers with the connectivity we share as human beings—good and bad, deep and shallow, forever and ephemeral—with each other and those beings around us and between those beings without us. As children, we never thought about where the trees we climbed came from, or whether or not they felt the same excitement with small humans in their limbs, if they felt beautiful when they saw their reflections during autumn months, if they sensed death looming in the moments before they returned to ash. But climbing them felt like the right thing to do.

Sparks’s use of magical elements peels open the world like an orange (one small piece at a time, if you’re like me) and dissects it beyond its cells but where those cells come from, how they came to be. Existence in these stories is as primal as it is unrealistic, even when it hardly exists. At least I’ve learned by now that peeling scabs is probably actually not the same as transforming into Wolverine. Guess I can’t blame the trees for that one.

Tags:Amber Sparks, flash fiction, May We Shed These Human Bodies