Home
»
Reading
»
People of the Book: Jewish Lessons in Reading 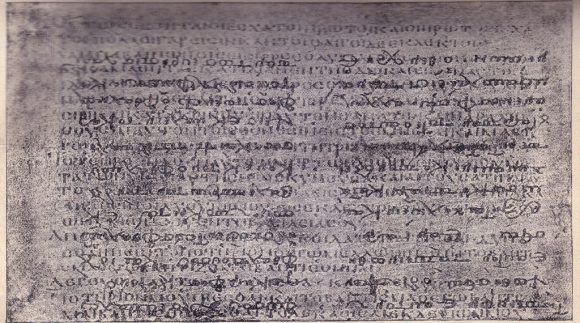 The goys read the Bible and only the Bible. The Jews read the Torah and what thousands of long-dead, contentious, slippery-minded scholars had to say about what the Torah may or may not mean, what to do when it seems to mean two different things at once, what seeming to mean two different things at once says about meaning in general and about what God may or may not be trying to say about meaning in general, and about how all this should or should not color one’s understanding of divine authority, ethics, secular law, and so on and so forth in an unending welter of confusion. This is Judaism.
—Daniel Smith, MONKEY MIND

Torah tziva lanu Moshe, morasha kehillat Yaakov.
(The Torah was commanded to us by Moses; it is an inheritance of the Congregation of Jacob.)
—Deuteronomy 33:4

The postmodernists are often credited with originating the idea that all the world’s a text, a constellation of signs and symbols to be read and reread unto eternity. Really, it was the Jews. Judaism is a religion obsessed with text and textuality, with making meaning through the cultivation of a rich, dynamic relationship with the written word. The study and explication of sacred texts has constituted the sine qua non of Jewish practice for nearly the whole history of rabbinical Judaism as we know it. It is no wonder we are called “People of the Book.”

The book in question is the Torah, the first part of the Hebrew Bible, which is called the Tanakh. Tanakh is an acronym of the first Hebrew letters of three essential bodies of writing: the Torah (the first five books of what Christians call the “Old Testament”), Nevi’im (Prophets), and Ketuvim (Writings). Just as the Christian church literalizes Christian theology in architectural form, the Torah is Judaism-as-object, the religion’s embodiment. It is to be read by all Jews as part of everyday life, in whichever corner of the Earth to which they have scattered. The medieval Jewish philosopher Maimonides wrote, “Every Jew is obligated to study Torah, whether he is poor or rich, healthy or ill, young or old.”

Judaism draws a direct line between studying well and living well. Unlike in certain Christian denominations, the Bible of the Jews necessarily mediates the relationship between worshippers and their God. Jews read the entire Torah in temple services over the course of a year in the Hebrew calendar; the cycle of these readings marks significant rituals and festivals. Simchat Torah, an important holiday in the month of Tishrei, celebrates the conclusion of the annual cycle of readings and the beginning of a new one. Jewish Torah scrolls are beautifully handwritten and dressed with a sash; congregants stand when the Torah is removed from the ark to be read, when it is carried, and when it is returned.

But the Tanakh represents only one small, if essential, piece of the Jewish sacred literary tradition. Throughout the centuries a colossal body of work grew up around interpreting and applying the scriptures: the Talmud, a collection of rabbinical writings; the Midrash, rabbinical material derived from sermons; the Responsa, a compendium of answers to specific questions of Jewish law; and so on. And all around the world, Jews young and old are encouraged to continue this ethic of reading and questioning and reinventing foundational texts, in their own homes and synagogues. Nor have Jewish writers outside the liturgical context been shy in refashioning Jewish identity—so much so that some of them, like Philip Roth and Tony Kushner, have been branded antisemites by conservative Jewish groups.

In short, Judaism contains multitudes. Its leaders and practitioners have embraced perpetual interpretation as a way of life, finding instruction and solace in the genealogy of texts gifted them by their predecessors. They have been able to read stories of old in light of present difficulties, and vice versa. The holiday of Passover, for instance, commemorates the liberation of the Jews from slavery in Egypt under Pharaoh. Each year at Passover, my father begins our seder (the ceremonial dinner) by recognizing that we should call to mind not only the oppression of the Jews of Exodus, but the manifold tyrannies that persist in our times: the tyranny of race, and the tyranny of gender; the tyranny of class, and the tyranny of geography. In this way he makes personal and immediate the suffering of an ancient and distant people.

This habit of making conceptual links between past and present, I believe, goes some way toward explaining why many non-theistic Jews observe Jewish holidays and read the Bible. The Jewish tradition, in its liberal forms, is expansive. It is freeing. It sees the present as a seamless continuation of history, not fundamentally different from the Judea of old. Its penchant for ceaseless rereading teaches us that this past offers itself to us like a gift, endlessly renewable, helping us to imagine a better book, a better world, layered in a palimpsest over all the worlds that came before. The past is not merely dead memory, but breathing, speaking. We live side by side with our ancestors and their teachings, just as all readers live side by side with the writers who spoke before us.

Shades of Jew and non-Jew alike can find comfort in the infinite possibility which the study of the past opens up for us, especially in times of crisis. We may find respite from our desperation in the historical remembrance of the desperation of others. We may learn from their resilience; their grief may grant us permission to grieve. We may take courage that, in the face of horrors foreign and familiar, they continued to document, to create. We may hone our ability to find beauty in the cracks of unimaginable terror.