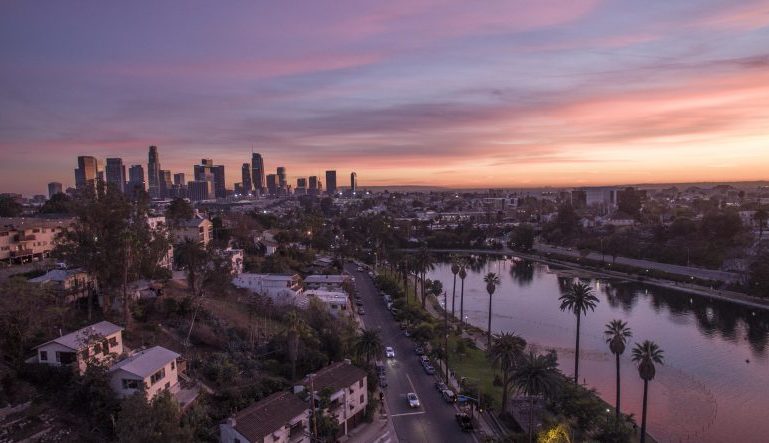 This week’s post was originally going to be about literary reading etiquette, complete with some suggestions for how to behave as a reader before, during, and after an event. But Gabrielle Calvocoressi read as part of the River Styx at Duffs Reading Series here in St. Louis the other night and her reading was so tough, I had to change my plans.

For the past couple of months, I’ve been dialoguing with different poets via email with the intent of posting the conversations here on the Ploughshares blog. I tried to strike up conversations with poets whose work I admire and who have published a book in the last two years. Over the next month or so, I’ll be posting conversations with Oliver de la Paz, Lyrae Van Clief-Stefanon, Jake Adam York, and maybe another poet or two if I can sync up with them. These conversations vary in subject and length, but they always have to do with writing somehow.

Today’s conversation is with Gabrielle Calvocoressi. If you aren’t familiar with Gaby, she is the recipient of numerous awards and fellowships including a Stegner fellowship in Poetry, a Jones Lectureship in Poetry at Stanford University, and a Rona Jaffe Woman Writers’ Award. Her poem “Circus Fire, 1944” received The Paris Review’s Bernard F. Conners Prize. Her first collection, The Last Time I Saw Amelia Earhart, was shortlisted for the Northern California Book Award and won the 2006 Connecticut Book Award in Poetry. Her second collection, Apocalyptic Swing, was a finalist for the 2009 L.A. Times Book Award.

Gaby and I are friends and have read together several times. But no matter how many times I hear her read, I still feel like that dude on the cartoon after he gets lit up by the cast iron skillet.  Monday, it was the same thing all over again. I could feel the lump rising from the top of my head and the little parakeets were chirping, and there were stars spinning and I kept thinking, “How did she do that?”

As an example, there’s a poem in Apocalyptic Swing that invokes John Coltrane’s A Love Supreme in service of a memory of the speaker’s mother. The poem includes the line “I love you like Elvis loved pistols.” Cue the skillet.

There’s another poem in the collection, “Boxers in the Key of M,” that contains the lines, “You don’t like to see a man get knocked out / cold? Then you’ve never lived in Hartford.” That’s when the lump on the top of the head rose slowly.

Or one of my favorite poems in the book, “LA Woman,” with the irrefutable lines, “Lie back. / Interrogate the / slow jam.” If I wasn’t thinking about how to work “slow jam” into a poem, I’d have been able to hear the birds chirping with wonder and delight. With that, here’s my exchange with Gaby from January 25, 2011.

So I haven’t seen The Fighter yet, but I did watch the premiere of Lights Out, and I was struck once again by how boxing narratives can be so engaging. Obviously, I’m a fight fan, but movies like Rocky or Million Dollar Baby seem to engage people who don’t care much for boxing. We’ve talked boxing before, so I know you’re down. You have some stunning poems about the sweet science in Apocalyptic Swing. What do you think it is about boxing that engages people so viscerally?

I think about this all the time with sports in general. Particularly with the remarkable show, Friday Night Lights, which is about football and also (to my mind) simply the best television show I’ve seen in terms of its discussion of class, family, effects of the war on people at home, Alzheimer’s. That seems like a tangent but I think we see the same thing with boxing movies. In Rocky and The Fighter and Million Dollar Baby there is the surface narrative about the little guy (girl) winning (sort of) against all odds (certainly). But there’s a deeper narrative about what it is to be struggling in America. I think class is at the heart of so much of the deep boxing narrative. For the most part, you are seeing people who have come from having very little and use fighting as a way to make a living and get out from under something. While there is plenty of money at the very top, the fact is there are very few people up there and most fighters do tremendous damage to themselves just to keep fighting and bring home a paycheck. I think a lot of people feel that way about all kinds of things they do. Even if you love it.

I’m writing to you right now from Los Angeles. I’m in my bedroom because the ceiling of the bathroom caved in and there are workmen moving all around outside so I’ve kind of sequestered myself. In a couple hours, I’ll drive two and half hours to go teach in San Diego from 4-10 PM then I’ll go to a hotel, sleep, get up and drive to Irvine where I’ll teach and then I’ll drive home for two hours after that. And I love teaching. These gigs are tremendous. I haven’t met the folks at San Diego yet, but the Irvine students are just knocking me out (no pun). And yet, I also need the money, and it’s rough on my body and I get exhausted. It takes a kind of focus and dedication to make sure these students get the very best of me and that my body stays in good enough condition that I can go home and write.

How boring. But it’s not. It’s a movie. A sort of boring movie right now but then add Coltrane’s Transition, which is what I’m studying in the car and get the scene in the hotel room and those amazing young poets tearing into O’Hara and Dorothea Lasky (who we are blessed to be studying right now) and then watch me in the car coming home and walking in the door and my cat looking at me like, “What?” and you have the makings of any good fight film. It’s hard, why would anyone do that? –  Because they love it and because they need to, and there’s the chance of really having the life you want in the end. I’m like…20-0. Three split decisions. 15 Knock Outs. 2 TKO’s.

This is Adrian’s sixth post for Get Behind the Plough.