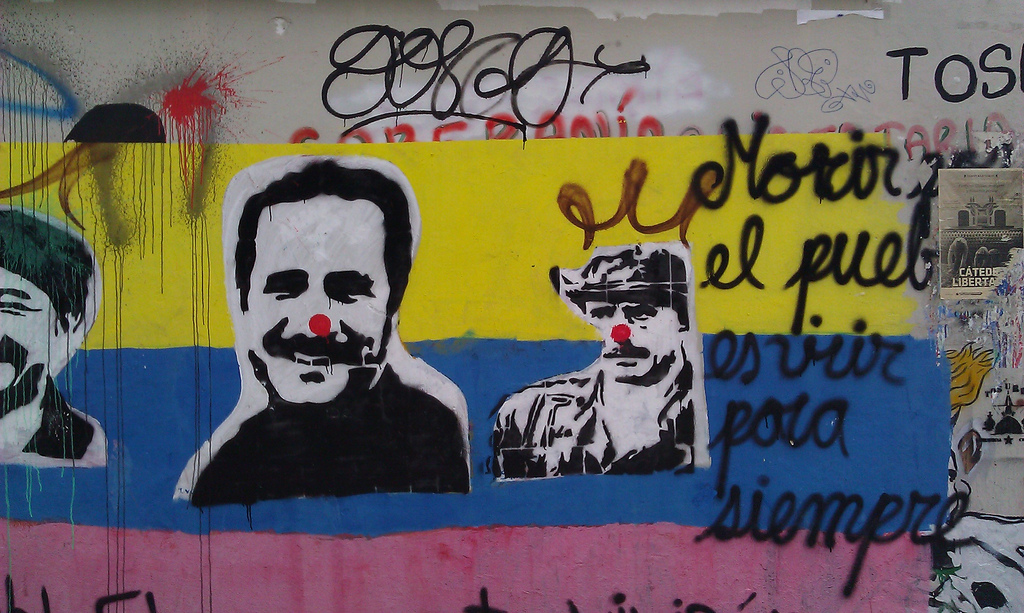 I have a writer friend who is a punk, a recovering anarchist, a staunch Zapatista supporter.  He plays bass in a punk band, writes poetry in the afternoons.  He said to me one time:  Why is it that American writers are the only artists in the world dying to sell out? Why so eager to be part of that New York machine?  Why so eager to bust yourself selling units for a company making money off your art?  And to be completely honest I (like I’m sure many writers don’t) have never thought about it that way before—how art becomes commodified, how that’s a measure of success in some way.  We do sell out and we celebrate each other for selling out, which is not to say any of it is right or wrong.  But it’s the reason, I think, why I’m finding myself increasingly drawn to indie literature in translation these days.  I’m fascinated by the American presses that choose (or don’t choose) to look beyond New York, beyond American letters even.  And one of my favorite new publishing discoveries is Calypso Editions.

The referendum, which would have put an end to a 52-year war between the Colombian government and the FARC (Fuerzas Armadas Revolucionarias de Colombia) rebels, failed by less than 54,000 votes with less than 38% of the electorate participating, a painfully narrow margin for those in favor of the referendum, which had it passed would have begun the disarmament of the FARC’s 5800 remaining rebel fighters and their transition into a legal political party in Colombia.  To date, the human toll of the war is more than 220,000 people killed, 50,000 disappeared, and 5 million people displaced.  So, why then would 50.2% of those who showed up to vote last week reject such a deal?  The answer lies in that old Maxim, “All politics is local.”  This is no more true than in the interior regions of Colombia least affected by violence who voted “No;”  and it’s equally as true in Bartolome’s complex reportage of the Zapatista uprising on January 1, 1994 in Ocosingo War Diary: Voices from Chiapas.

While it should be noted that the FZLN (Zapatistas) and the FARC are two separate leftist groups who were/are in two separate conflicts and negotiations with two separate governments (Mexico and Colombia respectively), it should be said that there are some remarkable similarities between the two groups, most notably their highly polarizing nature, which is what makes the Ocosingo War Diary such a timely read in the wake of a split vote in Colombia.

In his reportage, Bartolomé explores the complexities of local politics writ global as he finds himself a privileged witness to the January 1st  Zapatista uprising  with only his pen and paper to interrogate the psychological trauma of violence. The book begins with Bartolomé being woken by his father at 8:57 am, his hometown of Ocosingo having been taken by Zapatista forces and war declared on the Salinas de Gortari government.  The local radio station is transformed into Zapatista radio, blaring propaganda, bad music, and the infamous Declaration of the Lacandon Jungle. And then the shooting begins.

Twelve days of fighting ensue between the rebels and the Mexican government with Bartolomé often trapped behind the walls of his house, always writing, always examining and attempting to contextualize (hour by hour) the events transpiring before him. Before all is settled, the state police building has been raided, officials have been executed, property has been looted, and the stench of bodies fills the town.

Amidst the fighting, Bartolomé links his own memory of the land to the demands of the Zapatista rebels, especially in relation to land reform that had largely been ignored by the conservative Mexican PRI government throughout the 20th century.  Bartolomé writes:

“…in 1960 people came from all around. The government got out of a jam by parceling out lands in the jungle: people from Veracruz, from Michoacán, from Hidalgo, from Guerrero, arrived in these valleys. And came down from the highlands of Chiapas, and came from the north of the state. And the jungle decreased and the population increased.And the colonies grew and the communities, and the fire and the corn fields and the pastures. And the basic necessities. And the noble redeemers who shall carry us off to paradise at gunpoint. Another paradise: that for which they kill each other…”

Land reform as it pertains to Bartolomé’s family farm, El Paraiso, is a theme that unites so much of his family’s anxiety surrounding the Zapatista rebellion. Bartolomé’s reportage articulates so well that what the world might crystallize into a left-right, black-white, progressive-oppressive, pro-administration-anti-administration position toward the Zapatistas, the local might complicate into something more gray than black and white.  After all, it’s the local that becomes ground zero under reform or revolution.  It’s the local that suffers destruction of it’s very social fabric and culture and infrastructure, for better or for worse, under that change. That same local made up of generations of contributions and struggles that have led up to that moment.

The political becoming local and, in effect, personal, is what I think we saw playing out all across Colombia last week.  If Ocosingo War Diary teaches us anything, it’s that what might seem like an obvious choice—ending a war of 52 years—from the global perspective actually might be quite a bit more complicated when the social fabric of a place is taken into consideration, especially the intergenerational baggage that’s asked to be unpacked when particular regions—some more resentful of the FARC than others—are asked to simply move on from the violence they and their families have experienced for generations.

We’ve heard as much from those who voted against the referendum, many of who felt clemency toward the FARC under the referendum plan negotiated would have been too lenient for the decades of kidnapping, war, and ransom that the FARC perpetrated on the Colombian people—against parents, grandparents, brothers/sisters, children.  Still, I wonder how much of this vote has to do with the 52 year institution of war as it’s known on the ground level in many of these municipalities—the familiarity of it, the comfort of that hate even.