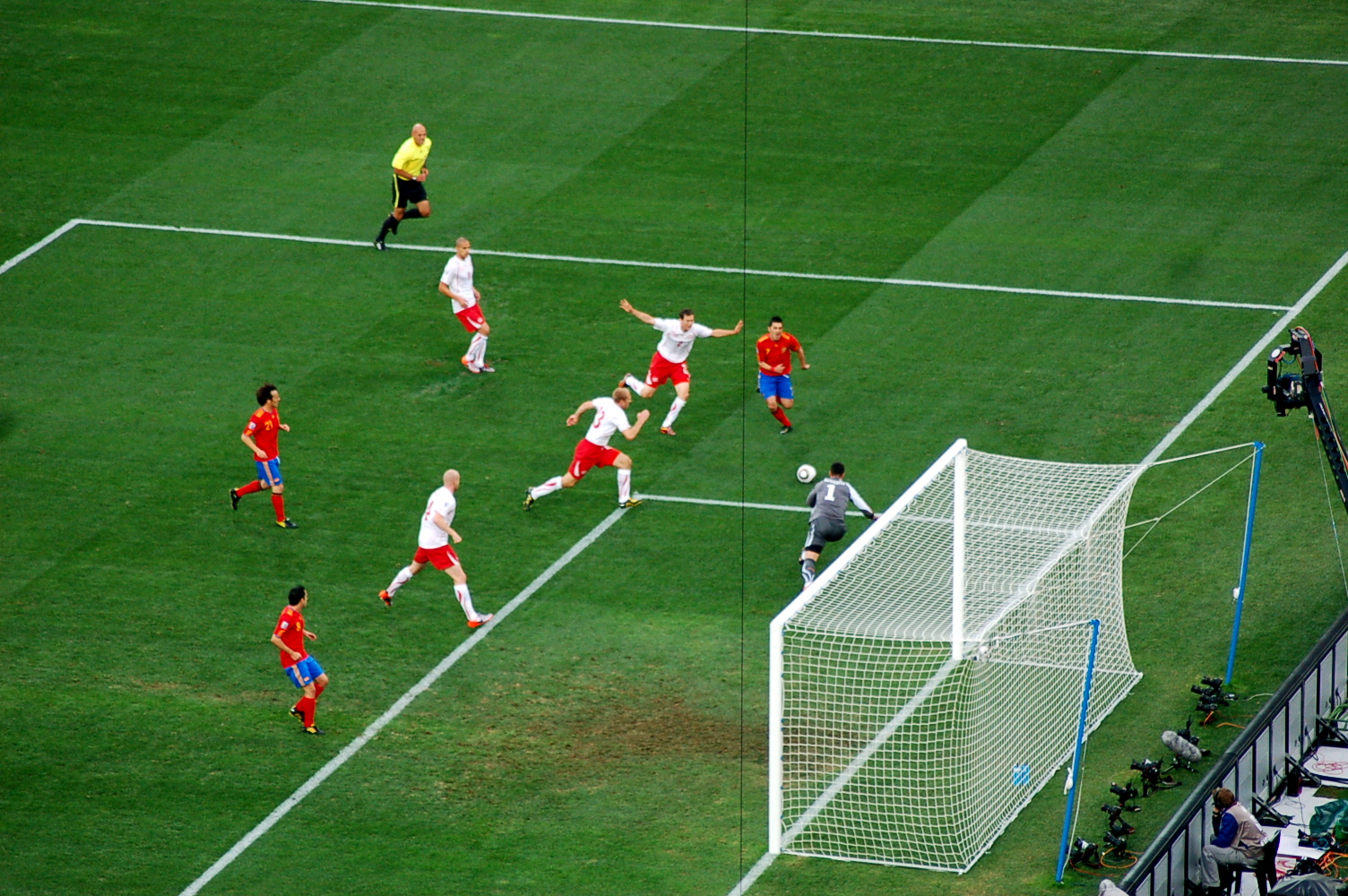 We had a sixteen-hour layover in Madrid en route to South Africa, and there were three things I wanted to do before we left: walk around the Plaza Mayor, eat jamón ibérico, and visit the Museo Reina Sofia.

The first two were checked off fairly quickly, as we followed the multinational throng around the Plaza with a pit-stop for a one euro jamón sandwich, so by early afternoon we were on our way to see The Sofia’s prized showpiece, Picasso’s Guernica. Instead of taking the quickest route, down Calle de Atocha to de Santa Isabel, we decided to weave our way through Madrid’s winding side streets, past El Sobrino de Botín, where Hemingway’s Jake and Brett stopped near the end of The Sun Also Rises, to the mostly-pedestrian Puerto del Sol, as “all roads lead from Sol.”

The streets were fairly empty, as Spain was playing its first group match against Switzerland. The air was cold, and we feared it might rain. A woman pulled in her laundry from an open window. A stray dog ran past. A group of young men shouted around a television set as David Silva scuffed a shot.

Once a hospital, El Reina Sofia’s slab-sided entry façade is nothing striking compared to the surrounding area, but the frameless glass-and-steel lift shafts give a sense of the modernity inside. While not the international center for contemporary art the museum advertises itself as, its collection of Spanish artists is unprecedented—Miró, Julio González and Dalí are all widely represented, along with Juan Gris, Antoni Tàpies, and many other local stars. However, nothing in the collection compares to the black-and-white canvas in room 206.

If you visit the Mona Lisa at the Louvre, you might say it doesn’t seem real, behind its bulletproof glass shell and assemblage of camera wielders. At the Reina Sofia, only a stanchion and discreet alarm stands between the mural and you. While the horror depicted seems muted online, in person one is brought to silence when confronted with something so close you could touch it. A mother picked up a horrified child. A stunned man was only revitalized when asked by a passerby to move out of her way.

I can’t tell you exactly how long I stood there for—probably only a few minutes, but maybe an hour. Experiencing the mural, though, following each brushstroke and each line, I understood that while I had appreciated Guernica’s artistic merit up to that point, it was only during my visit that I finally gave myself to the painting—to its billboard-size Cubism, but more importantly to its universal message. And in that moment, the painting gave itself to me, too. I now had my own Guernica, where before it was simply someone else’s, placed upon me through his or her own words and views.

Looking is merely a starting point; this is an act I can do quite well behind my computer screen. It’s experiencing and engaging with all the elements around me that open up the riddles of the world, that allows art to not just unfold over seconds or hours or years, but, as Edouard Levé would agree, to stop time itself. It’s a mysterious thing that one can totally ignore, or that can more or less control you, however long you allow it. Do you fight against the current, or do see where the waves take you? I choose the latter.

When we walked out of the museum, the ground showed signs of rain; the sun was starting to set as we joined the sullen crowds making their way around the Madrid Atocha. Spain had lost its opening match, and all of us were, as a sports writer wrote later that day, off to see if the world was still on its axis.