Home
»
Book Reviews
»
Poetry
»
“Sometimes she is a space” : Janice Lee’s Reconsolidation: Or, It’s the ghosts who will answer you 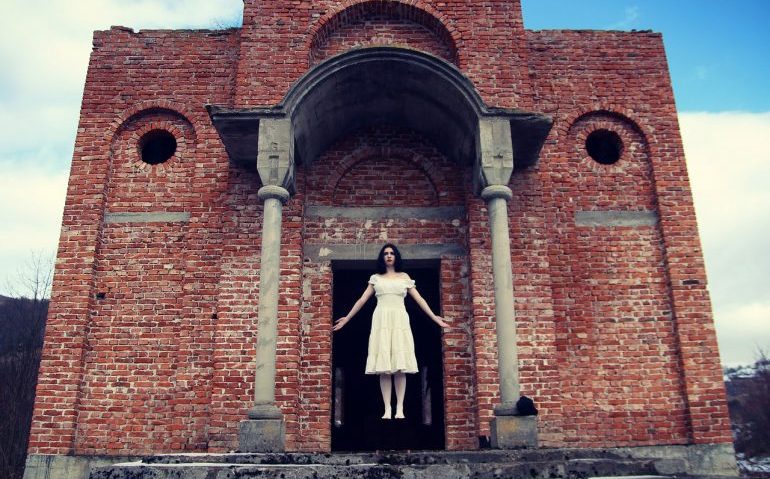 Taking up the mantel of memory and elegy is no easy task, but Janice Lee’s new book Reconsolidation: Or, it’s the ghosts who will answer you embraces the ghosts. The text is not so much a reflection on writing, loss, memory, and death, but a twisted projection of those topics. The medium is under as much consideration as the memory. By keenly understanding limits of language, Lee creates “a site of conjuration.” And so Reconsolidation doubles down on space and time.

As readers, we ride through a long period of mourning activated by the death of Lee’s mother in a single night; and, yet, the book’s brevity at seventy some pages and a multiplicity of empty space makes time spent reading feel like “the speed / of a blinking eye.” These physics are constantly under interrogation:

“I feel sometimes that time is moving in the wrong
direction…How does
the past persist in the present and swallow the
future?”

Because, besides the neuroscience of memory Lee presents in the text itself, time operates swiftly, consolidating and reconsolidating the evidence of experience, memory, and outer sources to create a shifting arrangement. The effect is dizzying. It’s no wonder that Lee has written elsewhere about László Krasznahorkai’s winding sentences and the long takes of Béla Tarr’s filmic adaptations: she’s treading similar ground in creating a book that only takes an afternoon to read, and, at the same time, involves a process of memory that feels eternal, where “it would / only take a few minutes, they said. But it felt like / an eternity.”

“Each voyage is a matter of timing,” Lee writes, later recording her father’s reaction to her mother’s death as:

“the entire time he
was flailing all his limbs, he kept screaming
in Korean, No, take me instead. You fuckers.”

Time shifts, stops, gallops, slows down: ultimately swallows what it contains and rearranges. It’s even what Lee focuses on concerning what might seem like minutiae: “The choices for the speed / at which the windshield wipers run are utterly / inadequate.”

But the book isn’t simply bound by time, as space becomes its opposing partner. Lee writes:

“This text becomes a repository of certain
memories, all of which will be changed
or recreated by the end.”

But, three pages later, she notes:

“It’s the collection
of memories that constitute my own self that
I can’t seem to get a grip on.”

This collapsing of theoretical (“this text”) and the personal (“my own self”) capture a mosaic of the mind. For the registers generated by Lee—theoretical, scientific, aphoristic, essayistic, poetic, personal—all operate simultaneously, but they do not collapse into each other. One page features an image-reproduction of the death certificate, with aneurysm misspelled; another consists solely of a quote from Derrida’s turn in Ken McMullen’s experimental film Ghost Dance. They are kept separate, distinct. Pieces of evidence with room to breathe, room to conjure.

The book begins with a dream, but then shifts to a general question: “A gaping hole I cannot understand: / Is this what trauma feels like?”. These “gaping holes” fascinate me about Reconsolidation: Or, it’s the ghosts who will answer you. They are where the ghosts come drifting. Lee emphasizes “between the letters there are gaps. / The haunting is happening to me inside the gaps.” Elsewhere, Janice Lee has long written a series on the poetics of spaces and sky. This blankness is where our memory-selves unravel in the blue and become “a slow-moving herd of dots.” No one can capture space as space in language alone, but Lee comes as close as one can hope.

Tags:essay, ghosts, herd of dots, Janice Lee, memory, or it's the ghosts who will answer you, Penny-Ante editions, poetry, Reconsolidation, sky, Space, success and failure series