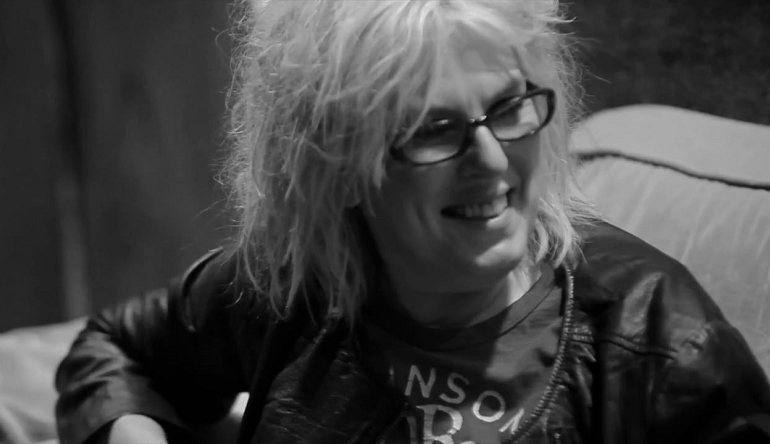 When Occupy Wall Street was at its height, I heard more than once the argument that the movement’s official song should be Dolly Parton’s “9 to 5” (even the Financial Times called it the “ultimate anti-work anthem”). Parton’s lyrics—like “it’s a rich man’s game no matter what they call it / and you spend your life putting money in his wallet” or “they got you where they want you / there’s a better life, and you dream about it, don’t you?”—are clever and poignant and just sweetly witty enough to turn righteous anger at sexism and workplace disillusionment into sentiments you can sing along to on repeat.

As the years have passed, the demands of that movement have strengthened into nothing less than a generational sea change, and as Julia Mead notes, the “ideas are old…people were talking about this in the 1960s. And in the 1930s. And in the 19-teens.” One of the more cogent, and still achingly relevant, slogans from these earlier eras—over a century old now—is labor activist Rose Schneiderman’s famous line about “bread and roses,” and music fans looking for a similarly catchy expression of that sentiment don’t need to wait for someone new to come along and write it. Appropriately, all we need to do is turn the dial back a few decades into the past (though not quite as far as the 19-teens, or even the 1960s). For my money, no artist has captured this feeling more subtly or seductively than Lucinda Williams in her 1988 hit “Passionate Kisses.”

If you’re not familiar, here’s a quick primer on Schneiderman’s original message about “bread and roses.” She coined the phrase in the early 20th century, and it fast became a rallying cry for women laborers—many of them immigrants—responding not only to the brutal conditions in which they worked but to the prevailing rhetoric of the labor movement that crafted an image of the worker in revolt as warlike and stoic, his demands confined to the workplace. The full context of her comment signaled a right to pleasure that presupposed, even superseded, the more foundational freedoms from violence and scarcity:

If you have a passing familiarity with “Passionate Kisses”—if nothing else you might know Mary Chapin Carpenter’s 1992 Grammy-winning cover—it’s sure to seem an odd choice. The rousing chorus is repetitive and simple, and it’s all about…passionate kisses (in fact, the only other words are “whoaa-oh-ooaa” and, occasionally “from you”). The verses are an afterthought, a chance to take a breath or a sip of beer. There are some catchy rhymes and a few lines to belt along to, but mostly they draw so little attention to their craftsmanship that the message is easy to miss. But like that other Williams masterpiece from the same album, “The Side of the Road,” the song uses romance and relationships as an opportunity to offer powerful insights about self-discovery.

“What the woman who labors wants is the right to live.”

Williams begins every verse with a question. “Is it too much to ask?” she begins, and describes her basic requirements for a contented life: a “comfortable bed that won’t hurt my back / food to fill me up / and warm clothes / and all that stuff.” It’s folksy, humble without being apologetic, and the deep appeal of her simple description is immediately recognizable to anyone who has ever gone without. This is no Walden-esque celebration of deprivation; phrases like “hurt my back” and “fill me up” suggest pain and longing being alleviated. There’s no flourish to the lyrics, which suits her declaration perfectly. I especially love the deceptively throwaway phrase “all that stuff,” all but swallowed at the end of the verse. It would make any English teacher lose their mind but it captures Williams’s attitude better than anything more self-consciously poetic would: she’s singing about things that are so second nature to some people that they can’t even bother to name them. It also drives home her point that she isn’t asking for anything that shouldn’t be easily accessible for everyone. “Shouldn’t I have this? Shouldn’t I have all of this?” the bridge begins, and she’s not asking permission — it’s a just expectation.

“The right to life…and the sun and music and art.”

The second verse moves up the ladder of needs to rejoice at a robust, artistic life. As Rose Schneiderman put it 85 years earlier, “the sun and music and art”. “I want a full house and rock and roll band,” Williams imagines, and the line has a terrific double meaning since she is, obviously, a musician: she’s singing about the audience’s right to the wild camaraderie of a concert, but it’s also about her right to express herself as raucously as she feels, and to be listened to, and cheered on. At the end of the verse, there’s the unexpected, deliciously Woolf-ian turn: “pens that don’t run out of ink / and cool quiet, and time to think”.

“The worker must have bread, but she must have roses, too”

“Do I want too much?” Williams begins the last verse: another question, but it’s more of a taunt, even a dare. She knows that the answer is “no.” She knows that you know it, too. “Am I going overboard to want that touch?” That word, “touch”, is the only suggestion in the entire verse that she’s singing about the sex that’s foregrounded in the song’s chorus, and title. Once again, the rest of the lines are about something greater–it’s sex, yes, but it moves beyond that to those familiar Williams themes of total self-knowledge, self-realization, and control. She moves from the increasingly ironic questions to her rousing final cry: “I shout it out to the night: / ‘Give me what I deserve, ‘cause it’s my right’ ”.

Earlier this month, I attended a May Day picnic that culminated in a group performance of several folk standards — including “Bread and Roses,” James Oppenheim’s original poem inspired by Rose Schneiderman’s speech, as well as songs by Woody Guthrie and Pete Seeger. These songs are grounded in such clear demands, such specific historic events–events where men, women, and children fought and even died–that they make me, I’ll admit, a little embarrassed to argue that Williams’s 1988 pop song is their equal. But this is exactly the fear of smallness that Williams is passionately upending. I’m sure Williams didn’t have Rose Schneiderman in mind when she wrote the lyrics to one of her biggest hits, but I’m just as sure Rose would have recognized Lucinda as unquestionably her kindred spirit and her comrade. The importance of physical comforts and immaterial joy are timeless demands, as is the right to fight for both.