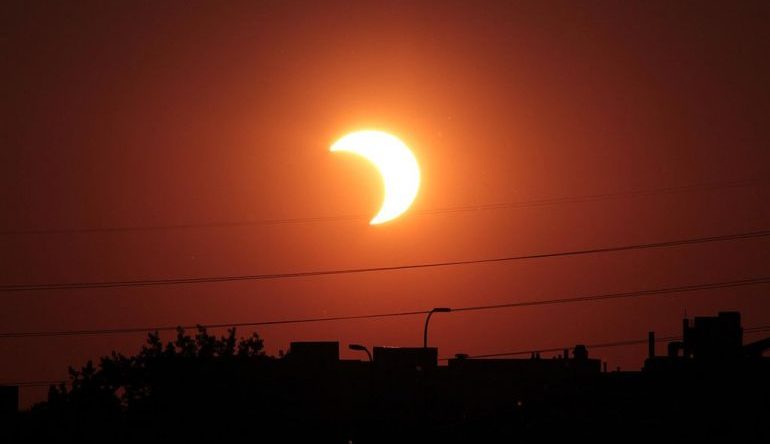 When life demands so much of me that it becomes hard to concentrate on reading, I inevitably turn to true crime memoirs, which absorb me so completely as to pull me from my own small crises. When my mother was diagnosed with breast cancer and began chemotherapy, for example, I read Maggie Nelson’s The Red Parts and Alexandria Lesnevich’s The Fact of a Body. More recently, when I was evacuated from my  home in California during the state’s largest wildfire, I read Lacy M. Johnson’s The Other Side. Then, last week, mudslides caused by the fire killed twenty people about a mile from where I sat reading Sarah Perry’s After the Eclipse. I crawled into the pages written by a woman trying to solve her mother’s murder, and pulled the blanket over my head. Suddenly, I was not in Southern California surrounded by flames or houses swallowed by mud. I was in rural Maine, running barefoot through the dark streets with Perry as she tried to find help after her mother had been killed. Why do I have the impulse to read true crime, which absorbs me as much as it shocks me?

According to a 2010 study published in Social Psychology and Personality Study, women are considerably bigger fans of true crime stories than men; in fact women write about 70 percent of Amazon’s reviews of true crime books. Amanda Vicary, one of the study’s co-authors, told The Atlantic, woman have “adapted to pay attention to anything that can help us increase our survival.”

It might be the illusion of control over the violence, among other things, that so interests me. According to Vicary, readers may feel that “understanding and knowing about [violent acts] can increase our chances that it’s not going to happen to us.” This may be why we get characters like Law & Order SVU’s tough but compassionate Olivia Benson, or why Sarah Koenig’s Serial podcast was such a viral success. By reading, watching, or listening to women solve the puzzle of what happened to another woman, we can avoid whatever we understand leads to violent attacks. Perhaps it is inserting myself as both victim and detective that so completely demands my attention during times when I feel victimized by my own circumstances.

And when the memoir is written by a woman who survived the violence she describes, as in The Fact of a Body or The Other Side, we read from the safety of knowing how things turned out for the author. Alexandria Marzano-Lesnevich’s The Fact of a Body: A Murder and a Memoir, found herself facing down her ideals one summer in a Louisiana law office when she interned for a firm representing a client’s death penalty appeal. “I came here to help save the man on the screen,” she writes in the beginning of the memoir. “Despite what I’ve trained for, what I’ve come here to work for, despite what I believe,” she writes, “I want Ricky to die.” Ricky Langley is a pedophile convicted of murdering six-year-old Jeremy Guillory. The author weaves this court case together with harrowing accounts of her own sexual abuse as a child to explore how we form our convictions, and what it takes to change them. Her lens is on Langley and on herself, the aftermath of what it means to commit violence and to survive it. As a writer and a lawyer, Marzano-Lesnevich inhabits the twin role of investigator and one-time victim, which makes her authority, as it exists through her legal and literary work, complex and compelling.

Sarah Perry’s recent memoir After the Eclipse is another literary take on the genre: the true crime story at the book’s searing center. When Perry was twelve years old, she woke up one night to the “wet fish” sounds of her mother being raped and murdered in the living room, a moment that divides the writer’s life in half, as well as the book, which is structured in chapters labeled “Before” and “After.” The scene of the murder is relatively short in the book’s scope—only nine pages—but hammers itself through the book’s remainder as its unsolved urgency picks up speed. “A new part of me is born right there in the kitchen,” writes Perry as she describes the gruesome scene she found in her home. “This one doesn’t waste time on terror or sadness; her only goal is to find a phone and make a call and get herself and me and Mom out of this alive. This second self begins acting without hesitation, propelling my body along, forward, forward, forward.” Both selves save Perry but cannot save her mother. The narrator, for that night, embodies the two selves that make up the before and after of her grief and trauma, the before and after of losing her mother to violence and injustice.  I wanted more than justice for the narrator’s mother, Crystal Perry, which the book delivers. I wanted to know how the orphaned narrator would grow up to write a book. The writing is exquisite, demanding, and completely terrifying. I read not only as a potential victim, thrilled to find out how to avoid violence, but as a witness to the small and large ways women avoid danger every day of their lives.

True crime memoirs like The Fact of a Body and After the Eclipse, according to Slate’s book critic Laura Miller, are also no longer “the seasoned beat reporters, former police officers, and moonlighting prosecutors who used to churn out books with titles like Mommy’s Little Girl or Lust Killer, written in styles ranging from blunt, dateline exposition to the floridly sensational.” The victims have dignity and humanity. They’re no longer simply the helpless young women of horror films, not when both the writer and the audience are looking for themselves in the pages. Recent true crime memoirs have been written by women who have experienced unimaginable violence, and they increasingly describe the sorts of events we cannot read from a comfortable remove.

As the world around us asks us to debate our humanity regularly, I find affirmation in a gripping story told with sensitivity and intelligence, crafted by writers who can rise above the violence of womanhood and mold it into art. We can recognize, as always, the pages of literature are not instructive for how to live, but reflective of real life, real problem solving, and real survival.

Tags:After the Eclipse, Alexandria Marzano-Lesnevich, Sarah Perry, The Fact of a Body: A Murder and a Memoir, true crime