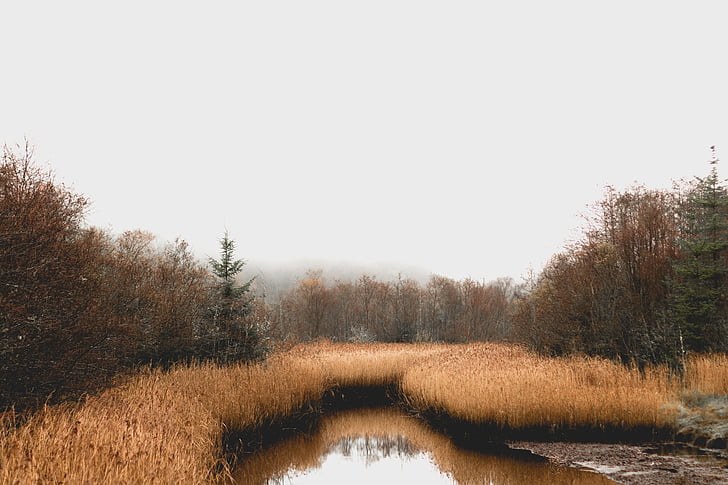 Oona Coughlan, the narrator of Molly Aitken’s debut novel, The Island Child, is born and comes of age on an island called Inis, off the west coast of Ireland. Though it is the mid-twentieth century, Inis could just as well exist in a far more distant past. There is no running water, no electricity, no heat other than from peat fires, no telephone, no television, and (except for one that Oona does not know about until long after she leaves) no radio. Indeed, the world of Oona’s childhood seems to be located in an eternal mythic past, in which island gossip tells of fairies, ghosts, angels, and the Devil. As Oona observes, “On the island, what was true was loose; a truth was generally agreed by everyone to be a good story.” A good story may seem to transform experience into myth, but, Oona discovers, it cannot expunge the realities of the past. Nor is the world of myth any good place actually to live.

Three narratives are braided together in the novel. Every third chapter tells part of a present-tense narrative set in the spring of 1987, when Oona’s nineteen-year-old daughter, Joyce, has gone missing. The other chapters tell a past-tense narrative about the nearly thirty-six years from Oona’s birth on St. John’s Eve (June 23) until a pivotal moment about a month before her daughter’s disappearance. Brief interludes between each set of three chapters tell a reimagined story of Demeter and Persephone, identified only as “the mother” and “the girl.” The Demeter-like mother is portrayed in these interludes as possessive; as a new mother, she feels “whole and perfect,” but as her girl grows she becomes frightened, feeding her child “less and less to keep her small, to keep her young”—and to keep her close. On the day she first allows the girl “out alone to pick flowers and collect eggshells,” the girl finds that she “could finally follow her own yearnings,” and so she follows a man to the unknown, leaving her mother behind.

The story as told in these interludes parallels events in Oona’s own life. Like the Persephone figure, Oona has a circumscribed childhood, close to her mother. Not until she is eight years old does she go farther on the island than the edges of her own village, and not until she is sixteen does she leave the island at all. The narrowness of her experience is largely due to the community’s traditional views about what girls and women can and cannot do: while the men and boys go out fishing or to the mainland with the island cows, women and girls stay close to home, keeping the fire going in the hearth, cooking, cleaning, sewing, mending, and spinning wool into yarn. But her restricted movement is due also to her mother’s possessiveness. “This girl wouldn’t be like the boys,” her mother thinks in the moments after Oona’s birth. “A daughter needs her mother. A daughter never drowns, never leaves.”

Oona’s mother is an enigmatic character, in her own way living a life like Persephone’s—“lost in hell,” as described in the novel’s epigraph from a poem by Eavan Boland. Mary Coughlan is from the mainland, an outsider who came to Inis when she married Oona’s father. She hates the harsh island life, “the aching arms and legs and constant fear of death that every island woman wakes to,” and is full of rage and sorrow, sometimes spending the day in bed weeping. She rejects island superstitions about fairies and Tír na nÓg, their home, but is piously intolerant, most of all, it appears, of her own daughter. The moments after Oona’s birth, itself a terrifying ordeal that begins in the midst of a storm and ends with a cesarean section done at home by a neighbor, appear to be her only moments of tenderness for her daughter. Through her childhood, Oona says, “Mam whispered to me that my badness made me hard to love, hissing prayers to make me good. It was all in English, just for me . . . . English was just for the tourists, but I knew it in a personal way, the language of what was bad in me.”

Oona’s supposed “badness” seems to be composed of all that is normal for a girl: her willfulness, her curiosity and desire to explore, her sexuality—all that could lead her away from her mother. In the retelling of the Persephone myth, in which the mother regards her daughter as “beloved,” the girl’s “searching for what lay in the meadows” beyond her home is portrayed as natural, an inevitable consequence of her growth. But Mam is bound to a different set of myths; unlike the Demeter figure in the story, she is a Christian, and her strict Irish Catholicism is a means of constraining her daughter. She frightens Oona with tales of “the tortures in hell” and its “huge flames and sharp-toothed monsters and endless night,” and makes her pray before a porcelain Virgin until her knees are bruised from kneeling for hours on the earthen floor.

Mam’s savage fury at Oona’s perceived transgressions and her hateful language about her daughter’s “badness” appear to be a projection of her self-hatred, possibly originating with her abandonment of her own mother and childhood home. Little is said about Mam’s past, and even less about the mother she left behind in Ennis town, in a home with its “fine kitchen” and “blue-and-white china, gas cooker and clean-cut marmalade.” All that Oona knows of it was told to her by her father, who says that he “trapped” her mother “like a bird in a net.” Her mother would tell no stories of her past—as Oona observes, “she always kept her thoughts the same as everyone else’s. She tucked her outsider self so deep inside everyone had forgotten she wasn’t one of them. She was the most skilled liar.”

This accusation recurs throughout the novel; “You let us all think you’re so holy but you’re a liar,” says Oona’s brother, Enda, to their mother at one point. Oona accuses herself of being a liar, too, and particularly of lying to her daughter: “Of all the lies, I deserve my torment for the ones I told Joyce; but when a lie is repeated the liar starts to believe it. And I did. I wanted my new life to remake me. The future was light and the past would only drag it down so I pushed it away like it never happened but truths left unsaid rot like old clams.” Oona’s lies to Joyce are mainly lies of omission—a refusal to speak of the past. Like her mother, Oona does not tell her daughter about where she came from. Nor does she tell her daughter “the stories of hell and heaven,” like the ones with which her own mother terrified her. Instead, she reads Greek myths to her daughter. “At age six or seven Joyce would carry its great weight into the kitchen and ask me to read,” she recalls. “We both had our favourites and read them over and over, their truths tying us together.” This substitution of Greek myth for Christianity is for Oona a way to share something true with her daughter; myth, after all, refers to the stories that reveal deep truths about humans and our place in the world and society. Myth paradoxically, however, also refers to stories and ideas that are untethered from factual reality—and similarly, Oona’s substitution of Greek myth for her own story is a way to evade the truth.

By the end of the novel, in fact, it is clear that the Persephone story as told in the novel is a story that Oona often told her daughter. It is perhaps the best she could do to reveal her own story to Joyce. Reading about Oona’s troubled relationship with her mother alongside the more elevated tale of Demeter and Persephone is unsettling. Vivid landscapes and lyrical language give beauty to the myth, but nevertheless it is fundamentally a tale of profound suffering. Like Oona, loved too little, the girl in the myth is fed too little. When she arrives in the underworld, which she had been told “was a land of golden fields and magical orchards,” she instead finds that it is a barren land where it is always night. Her husband has an orchard, but its fruit can never quite fill her. And when one of her children dies, she becomes lost in depression. The equivalent for Oona of Persephone’s dreamed-of “land of golden fields and magical orchards” is America, and although she encounters nothing like the hardship her mother faced on Inis, Oona does reside in a kind of barrenness when she runs away to Canada with her new husband and suffers from depression there: first after the birth of her daughter, and later after the death from pneumonia of another child.

By leaving Inis, Oona attempts to make a break from the past. But in doing so, she also recapitulates her mother’s story: leaving home to marry a young man, and then giving birth to and raising children who know nothing about where their mother comes from. Nineteen years later, Joyce becomes the third daughter in the lineage to leave home suddenly—but in leaving home, she does not recapitulate the past. Unlike her mother and her mother’s mother, she does not run away so much as back—back to Inis, to find out what really happened there. And, unlike her mother and her mother’s mother, Oona runs after her daughter, desperate for reconciliation. Along the very long way to meeting up with her daughter again, Oona comes to understand that Joyce had already learned the secrets she had tried to keep from her daughter; what Joyce needed was simply for her mother to acknowledge the truth. However hellish Oona’s childhood on Inis might have been, the worse hell is the one she created by, like her mother, tucking her truths deep inside herself. By following her daughter back to Inis, she finds her way out.