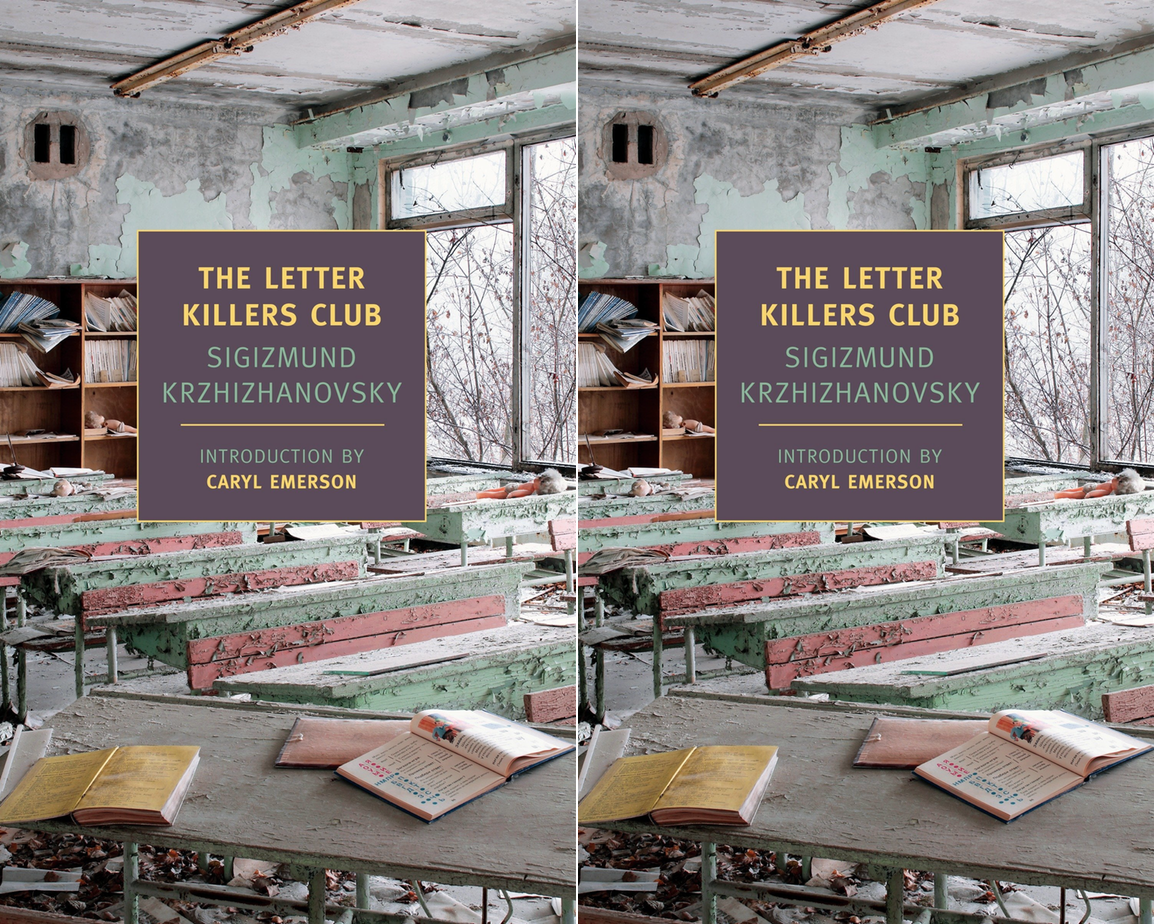 Separating the mysteries of Sigizmund Krzhizhanovsky’s own story from those within the stories he published is a difficult task, especially when, in the case of The Letter Killers Club, written in 1920’s Soviet Russia, he deliberately built those stories within a framework of disguise. The club in question is led by Zez, a furiously disgruntled writer, who is determined not to let critics or publics ruin his work by reading it.  His solution requires ridding himself of paper, pen, and even his library, to better enjoy the space left by his pure conceptions.  He gathers around him several supposedly like-minded writers who recite aloud their intangible tales at weekly meetings.  An unnamed and understandably disturbed narrator, bullied by Zez into attending the meetings, is destined to thwart the club’s ultimate goal.  Instead, he relates several weeks’ worth of the club’s stories, and in doing so reveals Zez’s intention, or perhaps the admission of Krzhizhanovsky (whose stories were never published in his lifetime), that no worthwhile creation can be held inside.

Two of these tales stand out. In one, a young actor is determined to outdo himself in his first major role, Hamlet. To that end, he gains access to a netherworld of all the Hamlets past, where, each time an actor plays the character, the unique interpretation begets a twisted soul, abandoned at the end of the show to sit amongst all the other Hamlets in The Kingdom of Roles—the universe’s most depressing holiday party.  The actor seeks advice here from one of his favorite Hamlets, Richard Burbage, who in turn convinces the actor that switching places would be best, thereby escaping purgatory and stranding his young protégé.  The story lacks an ending, as its teller loses his place referring to a set of notes, which are strictly verboten by the Letter Killers.

The central story of the collection shines through its terrifying simplicity.  A bacterium developed by a partly mad scientist allows infected individuals to be controlled by machines.  The government gains control of it and begins to create an automated working class, first with the mentally unstable, then with criminals, and then with the poor, whose disconnected minds must watch as their bodies work, eat, sleep, mate, and die without their input.  In one chilling scene, a protest leader who has been beaten at a rally against the automatons is swept up by the government’s machine, his broken legs forced to carry him to finish the final, massive device meant to control all of Europe.  His mind can do nothing but dream of the suicide he is unable to carry out.

There’s enormous historical weight here: a Soviet writer critiquing his regime from within, and in apocalyptic terms. Russian Lit students will no doubt identify it as a classic of early Soviet surrealism, but before that platitude gets plastered over the next edition, consider that most of us have less context in which to place the author’s story and work.  Instead, I would choose a more tempered but maybe more lasting honor, such as: this collection is a noteworthy contribution to the science fiction canon, sure to interest those readers interested in the practical horrors of an exponentially technocratic future, and piercingly empathetic to those who may live in one.