Home
»
Uncategorized
»
The Lure of Nostalgia 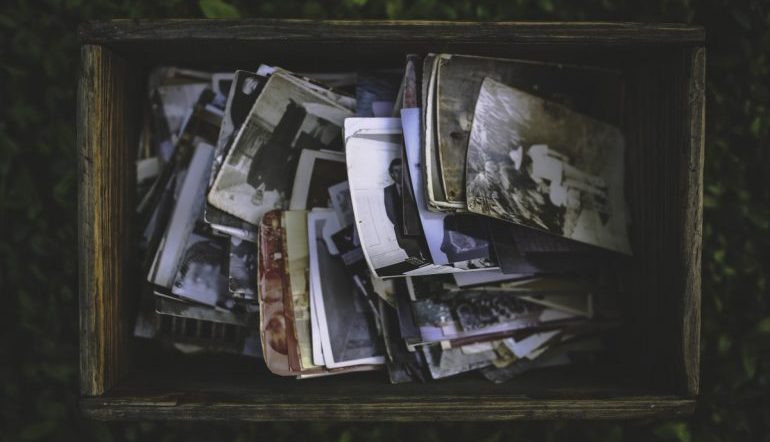 “You can’t go […] back home to places in the country, back home to the old forms and systems of things which once seemed everlasting but which are changing all the time — back home to the escapes of Time and Memory.” – Thomas Wolfe
In her introduction to the 2010 New Stories from the South anthology, Amy Hempel makes a compelling editorial observation: “I look for stories that do not hide from real feeling behind irony, that are both of-the-moment and timeless, and that look at questions of loyalty, of what we owe one another. […] I want yearning, not nostalgia.“
Gulp.
Confession: I’m a nostalgic person. I live for nostalgia. I eat it up. I obsess over it. I glorify my childhood, the scents, smells, and music–the vitality of my parents in the eighties, the buildings and muddy river of the small town I grew up in, and the friends with which I spent my youth.
Oh, and in case you’re wondering: The girls I grew up with were pretty and smart.
I make music mixes that drum up distinctive–if not accidentally mythologized or fabricated–memories. Me and Phil Collins–we’re close. Earth Wind and Fire–closer. With them I return to summer camp on the Bogue Sound, or the backseat of my father’s sedan on a trip to Chatham, Virginia–where my carsickness is always imminent. I hear Wham! and I’m perched on the highdive at Northgreen Country Club; The Cure comes on and I see my sixth grade boyfriend rollerblade away from the house on Applewood Court.
Like Eddie Money, I wanna go back, and do it all over. But, as the song continues, I can’t go back, I know.
So I do this bad thing instead–I write about the objects of my nostalgia. Sometimes I crave familiarity of landscape or face, or picture my grandmother playing organ at the church next to her house, my grandfather growing up in a cabin with no running water. I try to conjure the grandparents I never knew by reimagining their world, one that preceded my own.
But the world I want to return to never existed. It’s a soft-hearted pastiche of the Old South, family, the happy highlight reel from my early years–cicadas, Hot Wheels, Atlantic Beach, Levi Stubbs, sweet tea, family stories with the bad parts amplified or buffed out.
Harry Mayhew, mill worker and troubadour, 1971
Ultimately, I’ve never succeeded when I try to touch the South of my youth, or of my ancestors, in written word. I’m not saying it can’t be done–it has been–but any time I start with this intention, the story fails. When I’m more interested in place and time than character, I realize I don’t know my characters well enough. Sentimental attachments certainly inform a sense of place, but a story has to be bigger than nostalgia, has to save itself from the author’s darlings and maudlin pining.

So what saves a story that wants to revisit a character’s (or author’s) youth? Particularly a Southern youth, which fiction has worn out like an old pair of hooker heels? I often look to Padgett Powell’s Edisto, a fast-moving, character-driven novel which centers around the main character’s home life, and his observations of how home fundamentally changes. New characters and macro shifts in societal norms–race relations, architectural preferences, drinking habits, a scant notion of gender equity–begin to shape the narrator’s life, and he realizes his home, and perhaps the South, will never be the same.

Powell’s Edisto is narrated in first person by the precocious Simons Manigault, a Holden Caulfield-esque boy of high energy and intelligence caught in his parents’ custodial war. Simons’ mother, the “Duchess,” has ambitions for Simons to become a writer. This internalized ambition, alongside Simons’ hyper self-awareness, gives him reason to observe and relay the eclectic Southern climate to his audience. He’s telling us about his life because he’s coming of age and figuring it out real time. (The book kicks off in present tense: I’m in Bluffton on a truancy spree.)
Powell grew up in the South, and must have been tempted to write the South Carolina coast the way he saw it, and with the cutting insight generated from his (rather brilliant) adult mind. Powell even alludes to the blending of author and character in an interview with The Believer in 2006:

Unless one’s talent is large, characters are a portion or aspect of oneself, a generally inexcusable facet, which is where the mantel of ‘fiction’ comes in handy.

Living in a joint where the oaks are robbed of their moss and amputated of their little limbs is like living in an architect’s model, and sleeping in redwood boxes is fakey, like being a cigar, and we now have furniture that will not make noise, and all those sailboats tinkling halyards against masts day and night, never been out of the harbor, is evil, or something, at least screwball as hell, but now I wonder: Who’s to say all that stuff I left…what if all that’s the museum? (p.181)

Simons’ musings on home never feel like hapless odes. He tells us of his youth on the South Carolina coast–one of Gullah songs, moss-draped oaks, and backwoods bars–and how it begins to move underneath his feet. Simons bemoans his “Southern barony” as being “reduced […] to a tract of clay roads cut in a feathery herbaceous jungle of deerfly for stock and scrub oak for crop […] the planter’s wife is abandoned by the planter.” He sneers at boats that have never left the harbor, oaks that look like “perfect trees in cement zoo cages.” Precocious, melodramatic screed speckled with insight is what we expect from Simons, and we use it to interpret the community where he lives and Simons’ character.
Any societal commentary related to place is articulated as the thoughts–and nothing more–of self-aware Simons. Powell doesn’t bludgeon the reader with his own agenda and opinions; if he has a slip on–if observations in Edisto reflect his own feelings about South Carolina, as I suspect some of them do–it doesn’t show. What South we see, we see through Simons. The reader feels Simons’ believable, even flawed, yearnings for “the way things used to be”–not Powell’s.
I think the urge to “write what we know” can often turn into writing “what we want,” giving ourselves a familiar place to return to for reasons other than narrative enhancement–but this is dangerous territory. As Hempel implies in her introduction to New Stories from the South, the reader wants to see the believable character’s yearning, not the author’s.
Maybe this post states the obvious, and you get more enjoyment from lesser known indie bands than Phil Collins. You check your own desires when you begin to write, and step aside to let your characters’ shine through. Maybe you are your characters, and no distinction is necessary. Maybe there’s enough organic menace in your writing to obscure sloppy bouts of nostalgia. Or maybe the girls and boys you grew up with were dumb and ugly, and you’re content with leaving them where they belong–in the past.
But me, I’m still learning that tired–and Lord is it tired–Southern adage: You can’t go home again.
This is Megan’s second post for Get Behind the Plough.