Home
»
Critical Essays
»
The Mechanization of Violence in Animalia 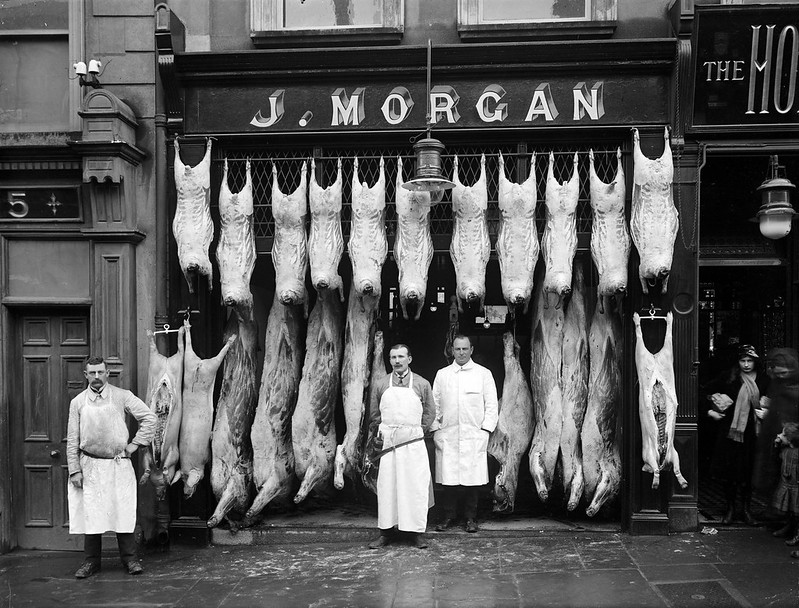 From E. B. White to George Orwell, the intelligence of swine—reputedly similar to that of small children—has inspired unsettling fiction. Disturbed by their cognitive ability, we routinely debate whether we should be eating them at all, and when we do, we turn pig into pork. Through etymological conversion, our minds have come to separate flesh from meat, sublimating the violent methods necessary to render bodies into food and making us believe we know with certainty what separates our own bodies from the bodies that we destine to be eaten—in essence, what separates the bodies that deserve to live from the bodies we are allowed to kill with impunity.

In Animalia, the first novel by Jean-Baptiste Del Amo to appear in English (via a 2019 translation from the original French by Frank Wynne), that separation has all but been removed. The story follows a family of pig farmers living in the Southwest of France over four generations, as the pastoral age makes way for the industrial. Throughout the book, the humans and animals are inextricably linked through the physical world they share, a world awash in blood, feces, semen, pus, spit, and rain. As the family grows larger over the years, so does the farm. As they grow, misfortune and illness begin to afflict people and animals alike; while the pigs are trapped in stalls far too small for them, the humans are trapped by heredity and tradition. By the fourth act, when a wild boar suddenly intrudes in their hermetic world, nature forces its way back into a place where it had come to be processed beyond recognition.

The novel begins with a family of three, a domestic Holy Trinity in which the mother, referred to only as “the genetrix,” rules the farm. The father is on the wane and their young daughter, Eleonore, is a sensitive girl who prefers spending time in the woods to working. She rescues small animals, collects tiny bones, and lies down with the pigs, putting her at odds with her mother, whose aversion to all bodies Del Amo presents near-clinical graphic detail. When the genetrix miscarries a stillborn baby, for example, she grabs it by the fontanelle and throws it to the pigs, leaving it to be eaten by the very animals that she is breeding to be eaten. In another scene, she places newborn Eleonore against a lactating sow and breaks the neck of the piglet that has been displaced by the baby. This cruelty is a sign of things to come: the ability to mechanically produce life and the disposal of it without a thought for the consequences.

As Eleonore comes of age, the genetrix continues to treat her daughter’s body with the same disdain she displayed for the piglet’s, but with the added weight of shame. Every time Eleonore’s body follows a biological imperative, be it falling asleep in the hayloft or getting her first period, the genetrix humiliates or hits the girl. A woman of religious fervor, she believes that faith is the only thing that separates people from animals. Faith, to the genetrix, is the solution to the problem of nature, which is why Eleonore is taught that her body’s natural inclinations must be resisted at all costs. They are the outward manifestations of sin, and sin must be excised with prayer or violence. This instructed profound distrust of nature eventually supersedes the healthy relationship Eleonore previously had with the land, with the forest, with the animals, and though Eleonore is traumatized by her upbringing, she learns to seek “the protection of the men who control [the pigs] with cries and jabs.” One of those men, Marcel, eventually becomes her husband and picks up the cycle of domestic violence where the genetrix had left off.

Ironically, when the genetrix falls into a well, Eleonore only finds out when she drinks the water and realizes that the strange aftertaste in her mouth is the flavor of her mother’s decomposing body. Water is the source of life, but the genetrix is the source of death. Her demise leads to the discovery of money she had been hiding away and the little family farm expands. The act of killing can now be manufactured.

In the second section of the book, Del Amo explores war as the logical expansion of manufactured killing. Here, humans and animals are slaughtered side by side. The First World War may be a war of men, but requisitioned animals are sent to the front to die with them. When Marcel returns from battle, half of his face is deformed, a reminder of the butchery that occurs in the trenches. For the first time in military history, killing has become mechanized. The Germans and the French can kill each other on the same scale as the pigs are killed in the slaughterhouse, but the young soldiers are uneasy with what is expected of them. “How do you kill a Boche?” they ask at the beginning of the fights. How do you kill someone who looks like them? The answer is distance. With the new weapons, they no longer have to look in the eye of their enemy, just as Marcel and Eleonore no longer have to spend hours with a pig before killing it. Despite the sheer amount of bodies crowding each other—at war or on the farm—the physical intimacy accompanying death no longer exists.

The repercussions of this absence of connection trickle down Eleonore’s family tree. Her grandson, Joël, senses that something is not right in their family, that their farm somehow has distorted the universe, or perhaps that they have been distorted by the farm. He falls prey to a malaise he cannot escape, a kind of diffuse hatred whose provenance he cannot pinpoint, but whose recipient he surmises is everyone:

The coldness, this hard-won indifference to the animals, has never quite managed to stifle in Joël a confused loathing that cannot be put into words, impression—and, as he grew, the conviction—that there is a glitch: one in which pig rearing is at the heart of some much greater disturbance beyond his comprehension, like some machine that is unpredictable, out of kilter, by its nature uncontrollable…the piggery as the cradle of their barbarism and that of the whole world.

In a chapter called “Edible Pets” of her book Ornamentalism, Anne Anlin Cheng uses the term “the anxiety about the intimacy of meats” to describe the ambivalence we feel when we eat sashimi. Something in the texture of raw fish reminds us of our own flesh, and that threat of self-cannibalism lingers somewhere in our psyche. We try to ignore that anxiety by covering it with a “ritual of care.”  We try to forget that killing is necessary to obtain meat. By adding more and more mental steps between the act of killing and the act of eating, we divest ourselves of guilt and accountability. It opens the door to a mindless and gluttonous consumption of resources. We empty our oceans and we breed thousands of animals in small spaces to maximize their meat output. This is the anxiety that Joël feels deep in his bones as he slaughters yet another pig—anxiety that this form of sanitized violence has spread like a virus throughout the world. What he feels is that we may have lost control of death.

And death shows up with a vengeance on Eleonore’s farm. The family finds a wild boar amongst their pigs and tries to catch it, but the damage has been done. The boar had carried an illness with him; it decimates the animals in a matter of days. The pigs, so tightly packed together, spread the virus at exponential speed. They die, their bodies now unconsumable. They are dead, but unkillable. The genetrix’s family has lost complete control of the nature they sought to manipulate, just as Joël suspected they would. The fate of the family is uncertain, but the fate of the boar is not. He returns to the forest, unaware of what the family had planned to do to him. He would have been forced to breed with several sows until he could no longer perform. He would have been killed on the floor, just another pig amongst a thousand pigs, a knife slid behind his jowl, severing his internal jugular vein. He would have been suspended on a rail until his blood drained out. Another suspended pig amongst a thousand suspended pigs. Violence is an inevitable part of killing, but what happens to us when we produce violence on a grand scale, when it becomes a means to an end, when we ingest the method as much as the product?