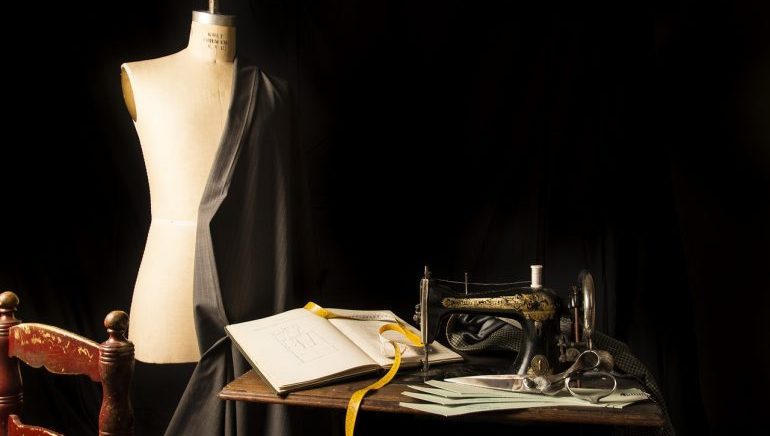 James Lipton, theatre director and host of Bravo’s Inside the Actor’s Studio, has a pet theory about actors and entertainers he trots out on air from time to time, a theory he bases on hundreds of interviews: children of divorce often become artists—particularly of the theatrical sort. He describes the phenomenon as a need to perform the primary rift over and over, as an attempt to heal it with humor and give it shape. Drama arises from the child inside the adult remembering what she always knew; one must know in order to act, and one must plumb one’s own depths in order to know. This was, at least, Lee Strasberg’s premise: why Dustin Hoffman, method acting devotee, once stayed awake for seventy-two hours in preparation for a role, and why Marilyn Monroe begged of Strasberg in her diary, “Best finest surgeon, come cut me open.”

Henry James could very well be the “best finest surgeon” of nineteenth-century American literature. He knew an inordinate amount about human behavior, and with great precision would drop the knife on his characters, often the people we believe have little to offer by way of knowledge—namely, women and children. What, for example, do the “haunted” children know in James’ novella The Turn of the Screw (1898)? (“If the child gives the effect of another turn of the screw, what do you say to two children?”) Most literally in his novel What Maisie Knew (1897), a child of divorce—by being torn in two—is forced into a deeper knowledge, much to the adults’ dismay. James, in other words, loves to toy with our assumptions about innocence and experience. While the Romantic novelist of the early-nineteenth century might give us a hyperbolic twinning—the woman or child ripped apart by their inculcation into knowledge and experience—James very quietly, like the good surgeon he is, sews up the split and sends his characters back into the drawing room, the dining room, the opera house, the very ordinary/extraordinary life.

If so much of American drama in the twentieth century turns on the question of moral clarity and the end of self-delusion, then James is a modernist, at least of a certain kind. But if, as Cynthia Ozick argues, his modernism hinges on a fear of knowing too much and a desire to draw a curtain across that knowledge, then James’ impenetrability moves from a plea for emotional freedom to the acknowledgement that language itself is a trap. In other words, Catherine Sloper might, at the end of his 1885 novel Washington Square, enjoy the satisfaction of admitting to herself that her father doesn’t love her—at least not in the way she should be loved—but by the time James arrives at The Golden Bowl, none of his characters escape the oppression of James’ sentences, as beautiful as they are.

Perhaps this is why Ozick writes that James remains “mysterious,” and is “immune to this curious attrition,” by which she means modernism’s integration into the status quo. She says, “As the years accumulate, James becomes more and more compellingly, our contemporary, our urgency.” It’s that last word, urgency, that moves me. It’s not simply that James’ novels are urgent, Ozick implies, but that he is an urgency and his is ours. That we can claim a nineteenth century novelist of wealth and privilege as an oracle of profound contemporary value is a stretch, but I’m willing to follow Ozick’s lead here. In a moment of profound economic inequality, New York City—monument to both capital and pluralism—again takes center stage and at its constantly swinging fulcrum is Washington Square—and at Washington Square’s heart is Catherine Sloper, a little woman of little-to-no discernable value beyond her inheritance.

Ozick finds the line between knowing enough and knowing too much a fascination for James, a burden, a fear, and a superpower. After all, what is literature if not the formalized concealment and release of knowledge? In James’ novels, the abiding consciousnesses look then look away, observe, reflect, and even attempt to shield themselves from knowing too much of what they may already know. Ozick seems to believe, for James, this deep, “horrible” knowledge has to do with failure, impotency, and death.

Cynthia Ozick asserts in her essay “What Henry James Knew” that there’s a before and an after in James’ work—a schism that takes place in 1895 dividing his realist work from his “modern” work, by which she means work that is opaque, adverse to easy revelation. The schism itself, Ozick suggests, has to do with James’ disappointing if not downright humiliating attempt to write for the theater, along with deaths of his friend Constance Fenimore Woolson and his sister Alice.

Washington Square (1880) sits squarely in James’ before era, but it still serves as a reminder that for James, growth happens through the acquisition of knowledge, though the cost of knowledge is steep and the damage potentially irreparable. The novel’s main character is a young woman taken most elegantly apart by her mother’s death in childbirth, her cruel father (a doctor), her frivolous aunt, and a fortune-hunting suitor in a story so small yet so devastating it goes by the domestic title Washington Square, named for the New York park just outside Catherine’s door, the house itself, and the extent of her sphere.

Catherine’s knowledge is latent, just waiting for the right alchemic combination for maximum impact. She knows she is a disappointment to her father, that he resents her very existence, that his love for her is really just duty disguised as affection, that he cares more for his money and his professional legacy than for her happiness—though he disguises that too. In fact, she learns he is duplicitous. She learns the nature of duplicity and, by the novel’s end, has cut away parts of herself to make someone new from what is left. Throughout, the narrator tells us how little the people in her life consider what Catherine knows and how she may use that knowledge. Instead, they bank on the fact that she knows nothing, is plain, empty, and good.

Catherine strikes us as someone you might discuss while she’s in earshot; you don’t worry what she hears because what she hears can’t be translated into useful knowledge. In fact, Catherine’s father Dr. Sloper does just that:

Whenever he addressed her he gave her pleasure; but she had to cut her pleasure out of the piece, as it were. There were portions left over, light remnants and snippets of irony, which she never knew what to do with, which seemed too delicate for her own use; and yet Catherine, lamenting the limits of her understanding, felt they were too valuable to waste, and had a belief that if they passed over her head they yet contributed to the general sum of human wisdom.

The phrase as it were serves several purposes. It’s a throwaway, everyday expression, yes, but it also points to language’s failure to get at real meaning, to truly express every nuance, every subtle shade of psychological experience. The narrator tries to explain what Catherine knows about her father’s sarcasm by applying a metaphor—the metaphor of the dress—but the image falls short; artifice, in other words, can only do so much. At the end of the novel, Catherine has remade herself after her father’s, her suitor’s, and her aunt’s meddling. The narrator closes Catherine’s story in this way: “Catherine, meanwhile, in the parlour, picking up her morsel of fancy-work, had seated herself with it again—for life, as it were.” The “as it were” in this sentence refers to the phrase that precedes it, “for life.” That too, is an everyday expression meaning forever, for the foreseeable future, etc. The “as it were” calls that expression into question; what kind of future will Catherine have? What kind of life has she been left with?

The language of Washington Square is rich in the poetics of production—specifically in the creation of something like a dress. Catherine, sensing that irony’s rhetorical flourish isn’t necessary to her dress’ basic shape, stands with leftover fabric in her hands, believing it too editorial for her taste. Catherine “lament[s] the limits of her understanding,” though it seems to me she understands quite a bit, largely that her father doles out cruelty with kindness, his sarcastic double-speak a language “she didn’t know what to do with.” Here we see James bifurcating, splitting words spoken from their intended meaning, and Catherine begins to split as well; she becomes bilingual, as it were, understanding what it means to speak two languages concurrently. “She sought to be eloquent in her garments, and to make up for her diffidence of speech by a fine frankness of costume,” the narrator tells us. Catherine’s father disapproves of her sartorial splendor; her own particular language—the language of clothes—is one he doesn’t know what to do with. Catherine, in effect, is putting on a costume to play a role; she’s acting the part of her mother—a woman who, by all accounts, was grander, more beautiful, and more intelligent than she—and she must plumb her fissure to find her.