Home
»
Uncategorized
»
The Myth of the Literary Cowboy, Part 6: Save a Horse, Write a (Space) Cowboy 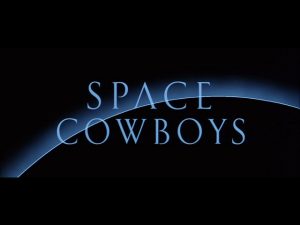 Over the past few months, the Myth of the Literary Cowboy has explored how and why Willie was spot on when he observed that our “heroes have always been cowboys.” White hats, singers, anti-hero gunslingers, poets, pop music subjects—the role of the cowboy is part of the collective American pop culture conscience. What is left for the cowboy to conquer?

Part of the beauty of the cowboy character is the possibilities for rebirth and interpretation in the hands of the right creator. Annie Proulx took the cowboy through the realm of taboo love in “Brokeback Mountain.” Clint Eastwood, the last living American cowboy star, dissected the limits of masculinity, forgiveness, and redemption when he revisted the classic Western in Unforgiven. And Joss Whedon invited the cowboy to the final frontier in his space Western cult-series, Firefly. In fact, Whedon’s beloved series features a new form of cowboy that has shown up in various mediums for years: the Space Cowboy.

Although not the first, Eastwood played with the idea of cowboys tackling “the final frontier” in his 2000 film, Space Cowboys. Despite a predictable plot, Eastwood was clever in his casting, selecting fellow cowboy actors Tommy Lee Jones (Lonesome Dove) and James Garner (Maverick) as part of his crew of renegade geriatric astronauts. Prior to that, the 1998 anime series Cowboy Bebop brought space cowboy Spike Spiegel and his gang of intergalactic bounty hunters.

Harrison Ford may have been a traditional cowboy in the recent Cowboys and Aliens; I would argue, however, that his role of Han Solo is also more cowboy than anything else. For me, Han Solo is the original model for the space cowboy. The space cowboy showcases how the cowboy character can be transformed; how writers can take the fundamental outline of the character and adjust it to fit their own stories. Consider then the blueprint presented in Part 2 of this series, through the spaceman lens of Solo and Firefly’s Malcolm “Mal” Reynolds.

For the space cowboy, the term horse becomes broader—”mode of transportation that is an extension of self” is perhaps more relevant. Most space cowboys have strong ties to their ships and the freedom they represent, much like the cowboy’s connection to his horse. Han Solo built his career as a smuggler on the Millennium Falcon before repurposing her as a fighter ship once he joined the Rebellion. His connection to his ship is evident when he worries that he might never see her again, after he passes her to Lando Calrissian for the final battle in Return of the Jedi. 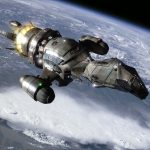 In Firefly, Mal Reynolds is similarly attached to Serenity. Because of the space Western feel of the show, ranch-born Mal also rides horses on several planets throughout the series. While never the same horse, all the horses are named Fred. A cowboy may not always need a horse–just a deep connection to a mode of transportation that keeps him fast and free.

Like their Earth-bound buddies, space cowboys aren’t entitled golden boys. When taken out of the Western context, the space cowboy is often shown as the colleague or protector of a character born to greatness (Luke Skywalker, River Tam). The cowboy’s strength then lies in his life experience and quick thinking to keep the precious cargo safe. Aligning with the Wister tradition, both Mal and Han come from military backgrounds, giving them weaponry prowess and distrust of government. Not only are they self-made men, their rules are self-made too. However, they are still . . .

Morality is as relative in space as it is in the old West. The space cowboy may dabble in smuggling, cheating at cards, or swindling, but when faced with life or death situations, he will make the right choice, no matter which side of the law it places him on. He is the golden-hearted outlaw. Space cowboys live more in the realm of anti-hero cowboys, the Eastwoods and Waynes, than regular heroes. 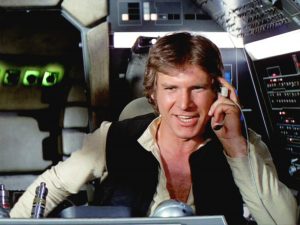 Recall the moment when Han returns during the final battle in A New Hope, unleashing a version of “Yeehaw” as he enables Luke to destroy the Death Star. His return (and inability to ever really leave the Rebellion), demonstrates that despite his posing, he has a strong moral compass which won’t allow him to turn his back on  a cause he deems worthy. Likewise, Mal may live in the gray area, but when the time comes, he makes the right decisions—like protecting his crew, returning stolen medications, and placing the safety of the innocent before anything else. 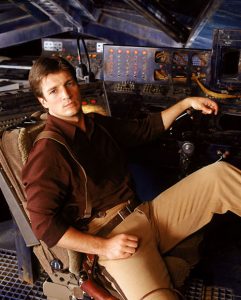 In space, masculinity manifests differently than on the open range. Whereas the range cowboy was stoic, the space cowboy is more comfortable with wisecracks than silence. His bravado and swagger is not implied through glances but in his wit, which is not all bark. Han, after all, replies to a confession of love—while facing possible death—with a simple, “I know.” This masculine quality is displayed in the fashion choices as well. Han’s black and white color scheme, vest, and hip holster could come straight out of a John Ford movie. Mal vamps on the same idea with his leather suspenders and holster. 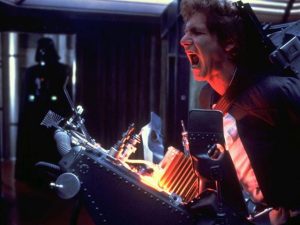 Ever been tortured with hot needle things or had your ear cut off? Me neither, but I think it must take some serious gumption to withstand either. Or to pretend, on several occasions, to be an Imperial trooper/ship to gain access to their inner sanctum, literally going into the belly of the beast . . . multiple times! Or to fly through Reaver space just to give a middle finger to the Alliance (smuggling is just Mal’s day job; he’s really a hero trying to battle the evil establishment through good hair and witty banter). On the surface the space cowboy may be out to turn a profit and protect his skin in the process; underneath, he’ll snark in the face of danger if it means saving someone else.

Good with a Gun

The technology of science fiction may allow for unlimited weapon creativity, but the space cowboy’s weapon of choice is still connected to his gunfighter origins. Be it Han’s blaster or Mal’s Moses Brothers Self-Defense Engine Frontier Model B, both men know their way around pistols. (Nevermind that Leia is actually a better shot. She’s part Jedi, after all, and therefore has special powers.) Like true cowboys, they are both average guys with skills instead of powers. Add those skills to the things listed above and they become reluctant, yet fantastic cowboy heroes. (And yes, Han shoots first.)

Perhaps the space cowboy is best summed up during the final verse of The Highwaymen’s song, “Highwayman,” in which Johnny Cash sings:

I fly a starship across the Universe divide
And when I reach the other side
I’ll find a place to rest my spirit if I can
Perhaps I may become a highwayman again
Or I may simply be a single drop of rain
But I will remain.

The cowboy character will remain, in some form, his future limited only by the creativity of writers. Owen Wister gave America its home-grown hero; cultural imagination has kept him alive. So as this cowboy series rides into the sunset, I raise the question: how will you write your cowboy?