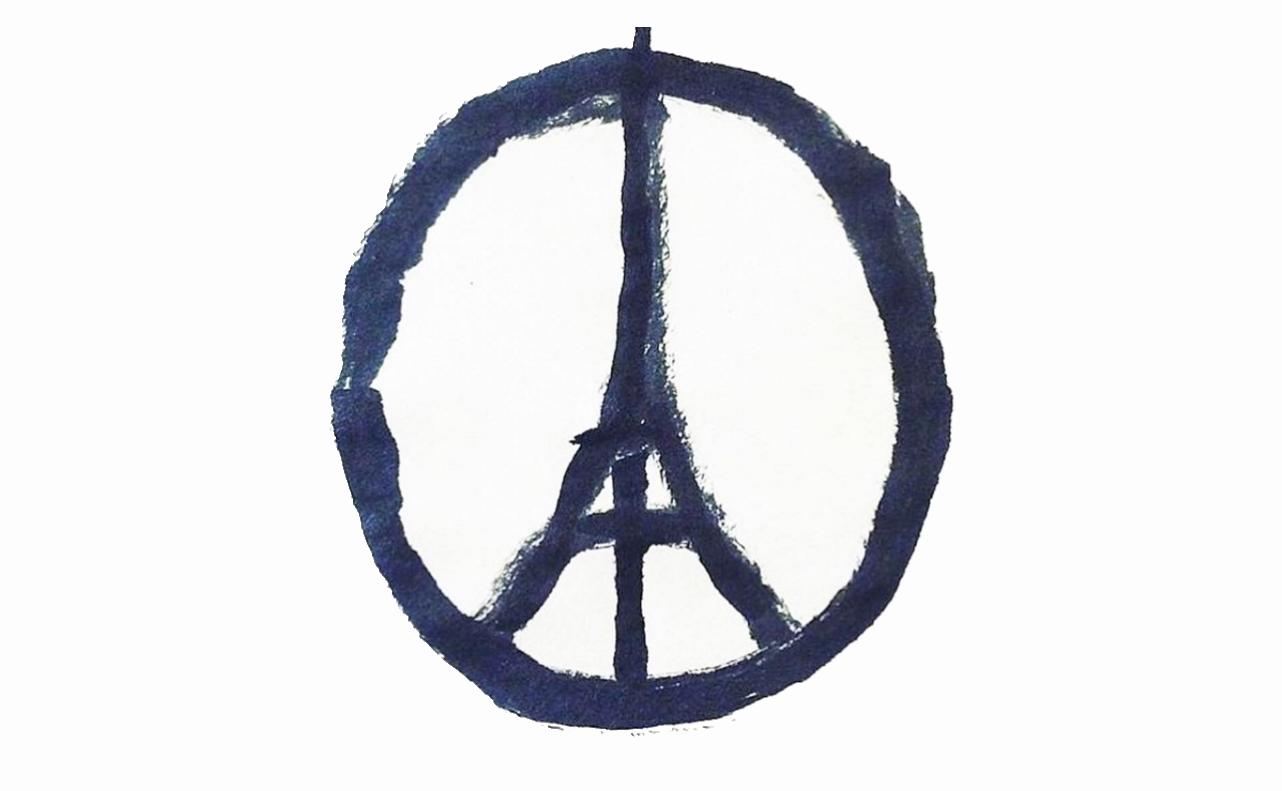 I always get my hair cut when I’m in Mexico City. I have weird hair and a barber who knows how to cut it. He’s the kind of barber that slick-slacks his scissors between snips, between syllables too so that when he talks—about sports, cars, the news, anything—his speech falls from his mouth like a heavily enjambed poem. He can make anything sound profound:

His speech is littered with heavy pauses and deep breaths. He doesn’t sleep at night. He seems to age a little more every time I see him. He’s afraid of travel, of his commute from Neza, of the cartel violence that’s now penetrated Mexico City. I walked into his shop after news of the Paris attacks broke. Even he was visibly shaken.

I’d known about the attacks for hours via Twitter but by the look on my barber’s face, he’d just found out. He was sitting in his own chair, no customers but me, listening to his hairy little radio blasting dust from the corner of his shop. It’d been six months since I’d last seen him. He didn’t say hi. He just said “Mocos!” as if no time had passed at all. He got up from his chair when I walked in. “Pobre Francia,” he said and kept saying.

“Poor France, man. Poor them. Poor France. Did you hear? When did you get back? I thought you were a teacher now. They fired you, didn’t they—”

I can’t say I was surprised by the level of empathy my barber expressed for the victims of the Paris attacks, though I was intrigued by the empathy of a man whose daily life is so intertwined with the drug wars in Mexico, a war that has (by conservative estimates) claimed over 165,000 lives and disappeared over 27,000 people and 88 journalists, most notably Rubén Espinosa and Nadia Vera who were both savagely murdered in the Narvarte neighborhood of Mexico City earlier this year. A war too whose victims’ deaths—many of which are perpetrated by the state—have never galvanized the kind of international response that the Paris attacks did.

The same can and has been said about the media coverage of the recent bombings in Beirut or the ongoing Syrian refugee crisis. The Paris attacks, in the context of other parallel disasters, has sparked many questions: How do we decide which lives to mourn? What constitutes a true disaster? How many brown deaths equals one white death in the media? How many deaths make up a statistic rather than a tragedy?

To many, these questions might seem callous given the magnitude and nature of the Paris attacks though undoubtedly important when focused in on the zeitgeist itself rather than the tragedy. When I think of these questions I think of the anthology of poems, Volcán: Poems from Central America (City Lights Books), edited by San Francisco Poet Laureate Alejandro Murguía and Barbara Paschke.

The bilingual anthology, published in 1983, features poetry from El Salvador, Guatemala, Honduras, and Nicaragua at a time when each country was in the throws of their own civil wars. In his introduction, Murguía notes that the poets included in Volcán, all of whom hailed from Central America, often went overlooked at the time in the grander canon of Latin American literature (especially in the United States) though they definitely weren’t overlooked by their respective governments.

Many of the poets included in this anthology were threatened, killed, tortured or exiled. Many of these poems are about just that: the politics and stakes of living, of creating, of being a poet in a place and time where poetry was extremely dangerous to write.

Murguía notes in the introduction,

“The poems themselves have had to struggle to survive. Otto-René Castillo’s work is prohibited in his own country, as is much contemporary Guatemalan poetry. Mercedes Durand’s and Roque Dalton’s work is banned in El Salvador, and so it gets mimeographed in Mexico City by solidarity groups and circulates from poet to poet.”

My favorite poem of the anthology, “The Past Will Not Return,” happens to be the last one. It’s written José Coronel Urtecho:

“The past will not return

Now everything is of another way

Everything of another manner

Not even what was is now as it was

Now everything is something else

It’s the commencement of a new era

It’s the beginning of a new history

The old history is finished, it can never return

This poem reads particularly poignant in the wake of France. Like the fallout of the Sandinista movement in 1980’s Nicaragua, or Calderon’s decision to initiate the contemporary drug wars of Mexico, or 9/11 in the United States, there seems to be a similar watershed moment in the wake of the Paris attacks. The old history is finished, it can never return/Now it’s another history.

The trajectory has changed.

For myself, and probably for a lot of people in the West, the Paris attacks were jarring because they were familiar. I think they captured the western zeitgeist because the people bleeding were people like us, in a city familiar to ours, doing things similar to the things we might do: enjoying music, having a drink—living.

I think for my barber the shock was similar, though fundamentally different: France bleeds too? Though beneath that I imagine there’s something deeper as well. Maybe a fundamental empathy for France: The Past Will Not Return. The Latin American poet knows this. She knows too, like my barber knows, that to some people the poet’s life is a threat. Zeitgeist aside, there’s a heaviness to the knowledge that every body—whatever country it belongs to—carries only one life. And it’s disposable to someone.