Home
»
Series
»
The Readers: Hilton Als and the Queer Imagination 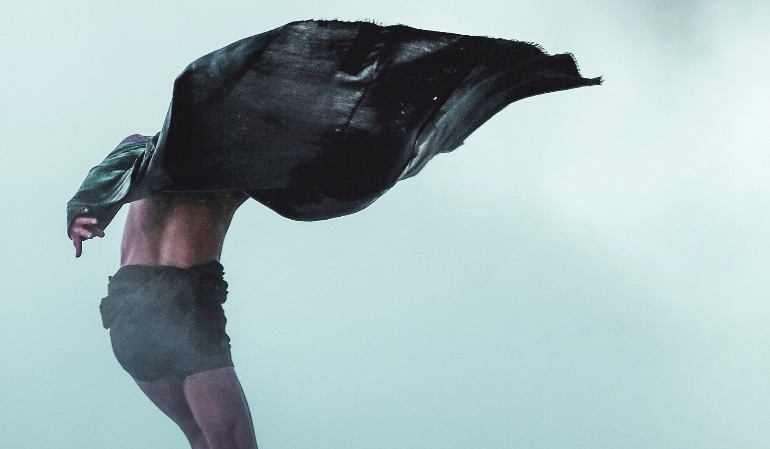 “Show, don’t tell.” It’s the oldest of writing adages; reveal, suggest, but never point directly. Skirt the thing, arrive at it from a new angle. In a grade school sense, maybe, I understand it to be a call for maximalism: how is the character feeling in this moment, by way of her heart beating, by way of her stomach flipping? Think of the five senses. What does the house smell like? That room? Mention something specific but universal, like cinnamon.

It’s helpful advice—until it isn’t. In an adolescent pursuit of personality, a pursuit that hasn’t really ended, I wanted so desperately to reproduce the qualities of a good sentence in my very being, in the way I moved and spoke. The word “cool” comes to mind, in that I wanted to be fresh, breezy, and different. Distinct, but in a fun, useful way—not weird and obvious and queer as hell inside, which didn’t feel fun or useful at all. I wanted to be specific, gestural, but never obvious. I wanted to be cinnamon.

There are a number of reasons that the theater becomes a haven for gay and queer kids, and it’s so clear that the stage and queer adolescence speak similar languages, all smoke and mask and rehearsed line. Unlike waking life, where everything is shown but rarely told plain, theater values telling, and this overt privileging of sheer theatricality is cathartic in ways both straightforward and oblique. I think this relationship between individual and stage, writ large in the world, naturally extends itself to the level of professional theater, and a language steeped in this duality feels like a particularly useful tool for theater criticism.

Recipient of a Pulitzer Prize for such criticism, Hilton Als often writes about the intersections of performativity, popular culture, and reflection—that is, the ways art can and cannot reflect something resembling truth. I first found my way to his writing through his book White Girls, assigned to me for a class in college—I remain forever grateful to that professor—and I reveled in the voice that resonated from those pages. I have a particular fondness for the opening essay of the book, “Tristes Tropiques,” which describes a loving, complicated “twin-ship” with a man referred to as “SL,” a decades-long relationship that toes the line with romance but never surrenders to the edge. The essay is a wandering, idiosyncratic sketch of Als’s life in the eighties and nineties as well, chronicling the death of a longtime lover from AIDS and the way SL, a friend, often reflects Als back to himself, making him question his desires and very self-narration—the story Als tells himself about himself.

It’s an essay that found me after a couple of undergraduate years wanting boys that could not want me back, and the thread of generalized heartbreak—the recurring Sliding Doors irony of imagining romantic alternatives for your life but never accessing them—was sort of devastatingly resonant. That wasn’t Als’s situation, not necessarily, but sometimes we read the pieces we need to read, even when the author is bearing witness to something altogether different. “Tristes Tropiques” is a helpful primer for Als’s theater criticism, I believe, because it provides a long form exercise in Als’s language queering, in twisting language and pop culture iconography in ways that both delight and complicate.

His reviews from the past year are clear examples of this practice: in a November review of Daniel Alexander Jones’s autobiographical play Duat, Als writes how Jones’s drag alter ego Jomama Jones reminds the viewer of “Josephine Baker in Le Vésinet or Tina Turner post-Nutbush, living in Swiss comfort.” Jomama is “a construction with flashes of realness—in her soothing but powerful voice, we hear the girl she once was and the star she always longed to be.” There is explicit empathy here with queer experience, but it doesn’t overwhelm the review. In fact, this strong repertoire of reference and allusion also means that Als has little time for plays that don’t successfully bring gay self-performativity to the stage—plays that maybe move in artifice but never allow artifice to move in them. In his review of the musical Falsettos, “one of the most dishonest musicals” he has ever seen, Als takes the entire project to task: “The rot at the center of Falsettos is slathered in self-congratulation.” The musical uses “Jews, AIDS, and so on to rope in a particular audience, which is then held captive to their seemingly endless array of self-referential songs and weak humor.”

Whether it be describing the queerness of Edward Albee’s writing as “high-dudgeon witchery of a very smart queen” or how Dear Evan Hansen is “a profound evocation of how the need to belong can be as ugly as the need to exclude,” Hilton Als has a voice that is wise, dry, and polyphonic: he brings together speakers and images and myriad works of art to conjure a very specific critical vision. He finds the basic drama of the everyday and locates it in our inherited popular imagination—how we are both fixed in that scheme and free to move—by using a language that contours meaning but also trusts you, in the end, to make that final intellectual leap.