Home
»
Series
»
The Readers: William H. Gass and Documenting the Self 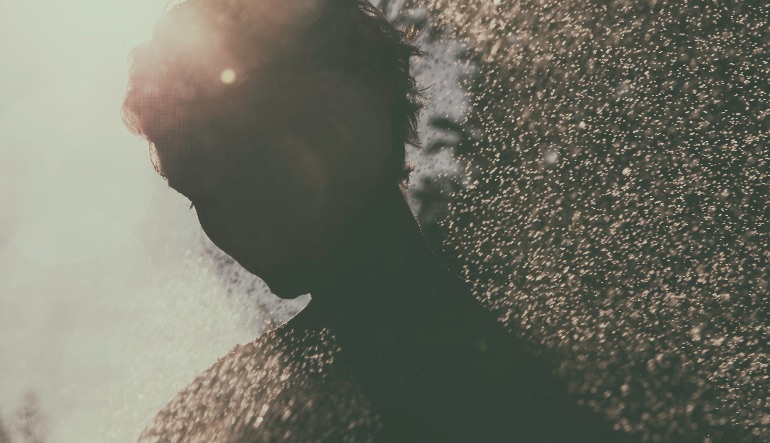 It would be dishonest of me to suggest that I knew much about William Howard Gass prior to his death, or that I had spent a significant amount of time with his essays or fiction—which, given how increasingly diminutive the reach of my reading life seems with every passing day, hastened by coming across the names of more writers and more masterpieces and more significantly blurbed tours de force, altogether doesn’t really mean anything. But as I bring this series to a close (and the nightmare train of 2017 maybe nears its last station), I think that Gass’ work—metafictional, prodigious, and occasionally maddening—lends itself well to understanding our current literary moment.

Gass, who passed away just last week at his home in St. Louis at age 93, was so many things: a critic, a writer of fictions long and short, a philosophy professor, and something of a literary agitator (he infamously once said that the Pulitzer Prize for Fiction “takes dead aim at mediocrity and almost never misses.”) Gass was best known for his books of essays, including Finding a Form (1996), and Tests of Time (2002), which both earned him National Book Critics Circle Awards for Criticism. His book Reading Rilke: Reflections on the Problems of Translation (1999), earned him the PEN/American Nabokov Award. His novels included The Omensetter’s Luck (1966), his debut, and The Tunnel (1995), a decades-long project that ultimately became his masterpiece.

The Tunnel, which describes a Midwestern professor’s unraveling as he begins writing an autobiographical novel of the same name, dazzled and irritated critics with mutual intensity. Its central premise is essentially a metafictional and auto-fictional play-exercise, a novel into which the author inserts a clear surrogate and wrestles with the very act of fiction-making. It was a novel three decades in the making, and it’s clear that these structural concerns are at the fore of Gass’s mind throughout his career: he is often credited, in fact, with coining the very term “metafiction” in his essay “Philosophy and the Form of Fiction,” published in his 1970 collection Fiction and the Figures of Life. Metafictional works, in Gass’ estimation, are stories “in which the forms of fiction serve as the material upon which further forms can be imposed.” It is commonly understood now as fiction that discusses or draws attention to the convention of fiction imposed upon it—or, that is to say, a story concerned with its own story-ness.

Metafictional strategies have probably been utilized by storytellers and fiction writers since the beginning of civilization, but autofiction—writing that brings the self, or something like the self, into imagined terrain—is more difficult to trace. So many works of fiction are autobiographical, of course, and it’s common for a novelist’s debut to take up the particulars of that novelist’s life or childhood—perhaps a logical extreme of pupils worldwide being told to “write what they know.” But it’s worth noting that two major success stories in world literature over the past decade—Karl Ove Knausgaard’s multi-tome epic My Struggle and Elena Ferrante’s Neapolitan Novels—draw from a bifurcated understanding of authenticity; one of these authors (until recently, perhaps) is completely unknown, writing under a pseudonym, and the other is a touring literary superstar, making himself visible and vulnerable before readers and audiences across the globe. The power of these stories hinge on our perception of their authors’ truth-telling. Knausgaard and his Proustian novels seem to elicit an affectionate eye roll from many readers, probably because the protagonist is himself a novelist named “Karl Ove Knausgaard” and My Struggle is essential an autobiography, while Ferrante remains unknowable, someone to whom we can never directly hold up her characters for comparison. These books are filled with writers and novelists and diarists, texts informed both by reality and the story we tell ourselves about reality, a kind of collaged counter-text to daily life.

Are they real or truthful? It depends.

Both David Foster Wallace and Jonathan Safran Foer have cited William H. Gass as an influence, and it could be said that there are a number of autofictional elements in Jonathan Safran Foer’s latest novel Here I Am. I see a clearer descendent of Gass, however, in Nicole Krauss, particularly with her latest novel Forest Dark—in that novel, a novelist (also named Nicole) struggles to write and goes to a recurring location from her childhood, the Hilton hotel in Tel Aviv, as a means of accessing the mysteries that elude her—the mystery of her own changing life, as well as the inherent mystery of making meaning out of nothing. Krauss herself has a relationship with the Tel Aviv Hilton, but the character only shares Krauss’s life in broad sketches. It is through this broadness, I realize now, that the self as an organizing principle in our lives reveals its limit—after all, we hold a multiplicity inside us, albeit long tempered by habit and expectation. A capacity for choice and change of direction, even when we’ve convinced ourselves otherwise.

In other words, behaving authentically in the world is never easy or straightforward; critics like William Gass show us, among many other things, that we are not alone in these questions of authenticity, that we never really have been. That these questions, whether we’re entering a relationship or leaving one, celebrating the end of a year or dreading the new one to come, demand—on social media, the page, and even waking life—our very best selves.